The Australian Financial Review
Share on FacebookShare Share on TwitterTweet
The event did little to clarify whether West is genuinely attempting to win the presidency. 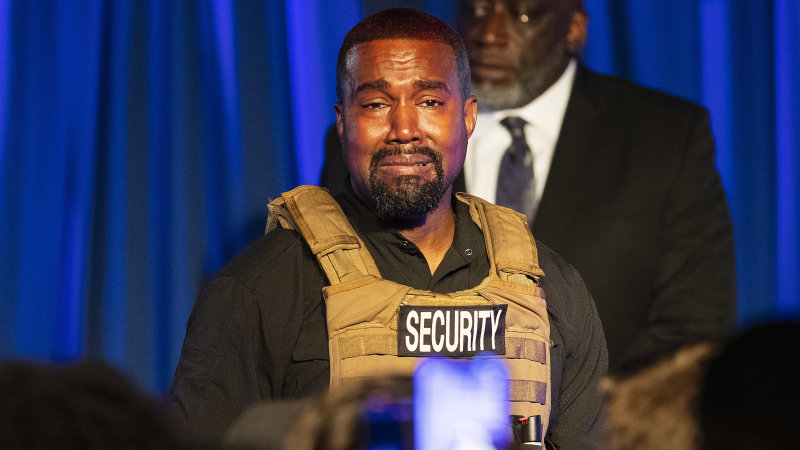 At times, he even seemed to suggest he was more interested in disseminating a message than winning the presidency.

West appeared on stage with '2020' shaved into the back of his head and wearing what appeared to be a military-style vest. He argued that abortion should be legal but heavily discouraged, suggesting he would promote a policy as president that anyone who gives birth to a child be given $1 million "or something in that family".

West referred to the bible and Christian teachings multiple times, and broke down in tears at one point while describing how he was nearly aborted by his parents.

"The only thing that can free us is by obeying the rules that were given to us for a promised land," he said. "Abortion should be legal because guess what? The law is not by God anyway, so what is legality?"

The event carried few similarities with typical polished candidate events. The venue appeared to lack audience microphones, so West repeatedly told the crowd to be silent so audience members he called on could be heard.