Karl Stefanovic cheered on by family during Queensland surf lesson

And Karl Stefanovic, 46, was cheered on by his wife Jasmine and their seven-month-old daughter Harper May, during a surf lesson in Queensland on Saturday.

Jasmine, 36, was all smiles as she used a pair of binoculars to watch Karl's moves on the surfboard, alongside little Harper who looked adorable in her stroller. 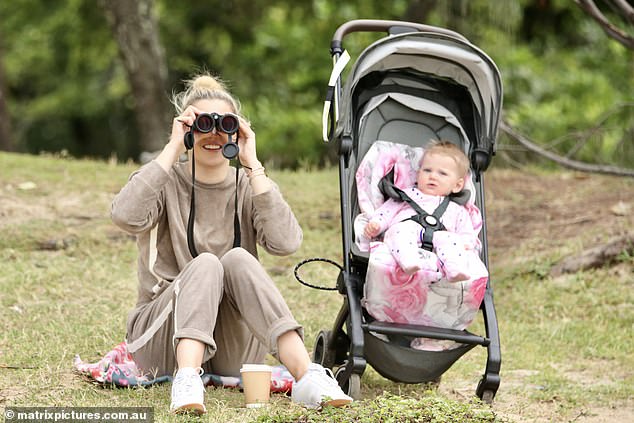 His biggest fans! Karl Stefanovic was cheered on by wife Jasmine, 36, and their adorable seven-month-old daughter Harper May (pictured) during a surf lesson in Queensland on Saturday

The model-turned-footwear designer accessorised the look with pristine white sneakers and trendy sunglasses.

Jasmine swept her blonde locks into a topknot, and opted for minimal makeup 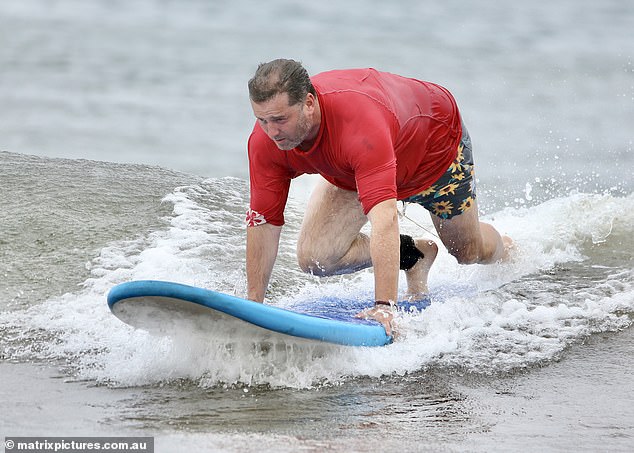 Giving it his all: Karl (pictured), 46, donned a red rash vest and floral boardshorts as he followed his teacher's instructions while out on the waves 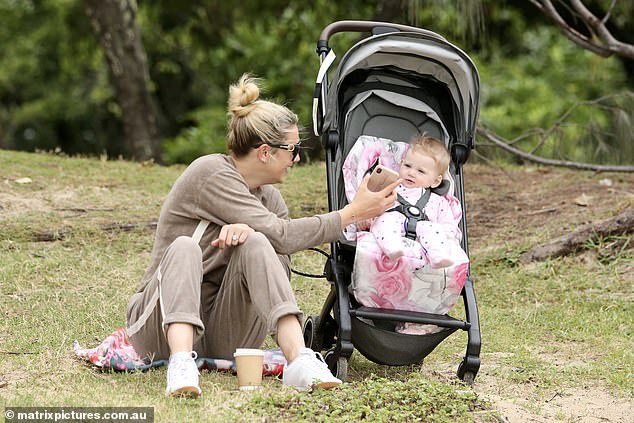 Too cute: Jasmine doted on the couple's adorable daughter as Karl took to the waves 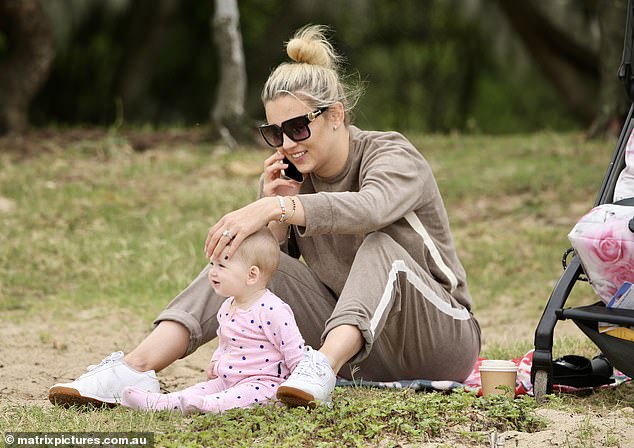 Sitting on a grassy knoll with a cup of takeaway coffee nearby, Jasmine beamed as she watched Karl attempt to surf with ease.

Harper May was next to Jasmine in her pram, looking adorable in a pale pink onesie.

Jasmine doted on Harper May during the outing, cradling her in her arms, and at one stage, took a quick phone call.

Karl gave his all as he followed his teacher's instructions while out on the waves. 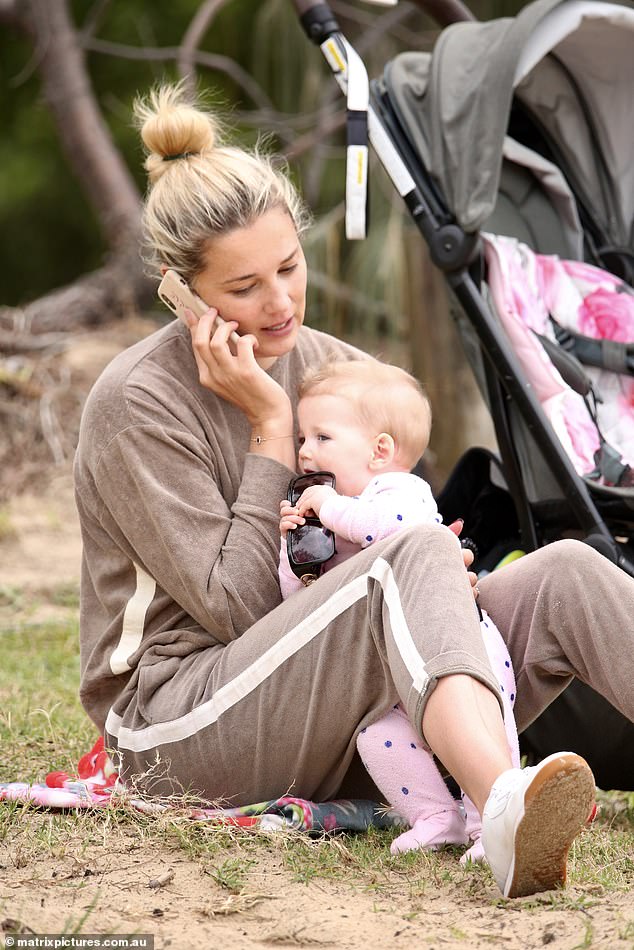 Precious: Little Harper May looked cute as a button in a pale pink onesie and nestled in close to her mother 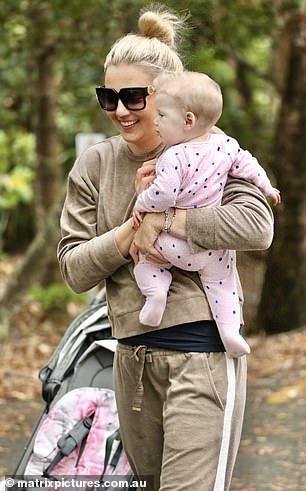 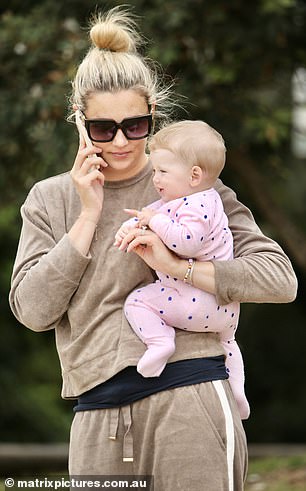 Getaway: Karl and his brood have been enjoying a sun-soaked getaway in Queensland, following the reopening of the border to New South Wales 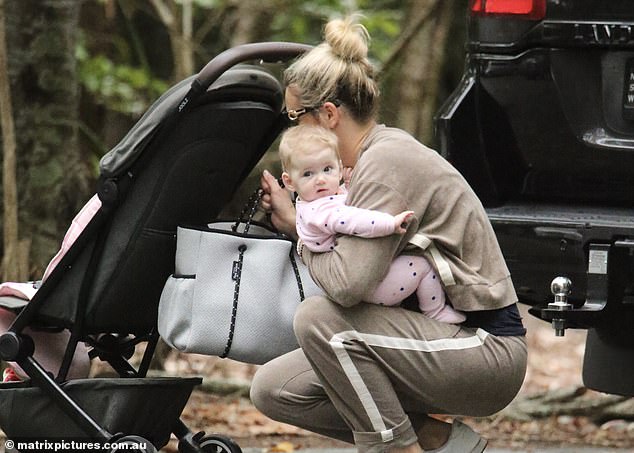 Mummy mode: Jasmine came prepared for the outing with a tote bag filled with essentials

The journalist donned a red rash vest and floral boardshorts, and used his core strength to stay upright on the board.

Karl met Jasmine in late 2016, five months after his split from wife of 21 years, Cassandra Thorburn.

The new couple wed at the One&Only Palmilla resort in San José del Cabo, Mexico, in December 2018, and welcomed Harper May in May this year.

Karl is already a father to three children shared with ex-wife Cassandra. 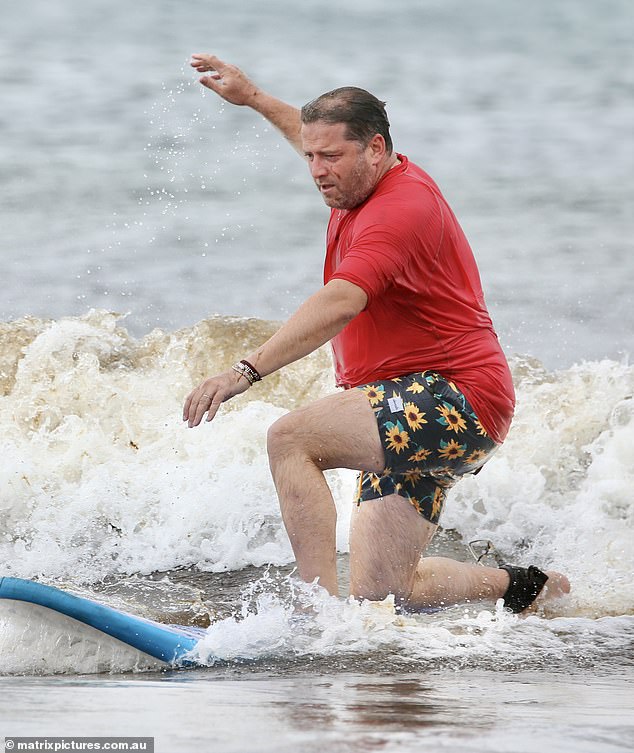 All going swimmingly: Karl and Jasmine wed at the One&Only Palmilla resort in San José del Cabo, Mexico, in December 2018 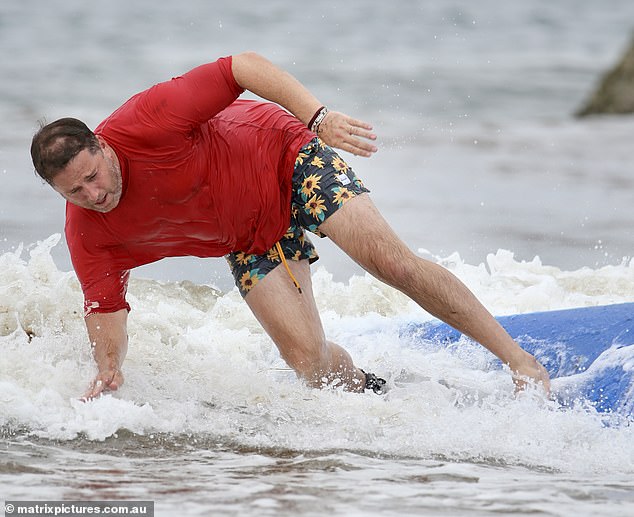 Their pride and joy: The couple welcomed their first child, Harper May, in May this year