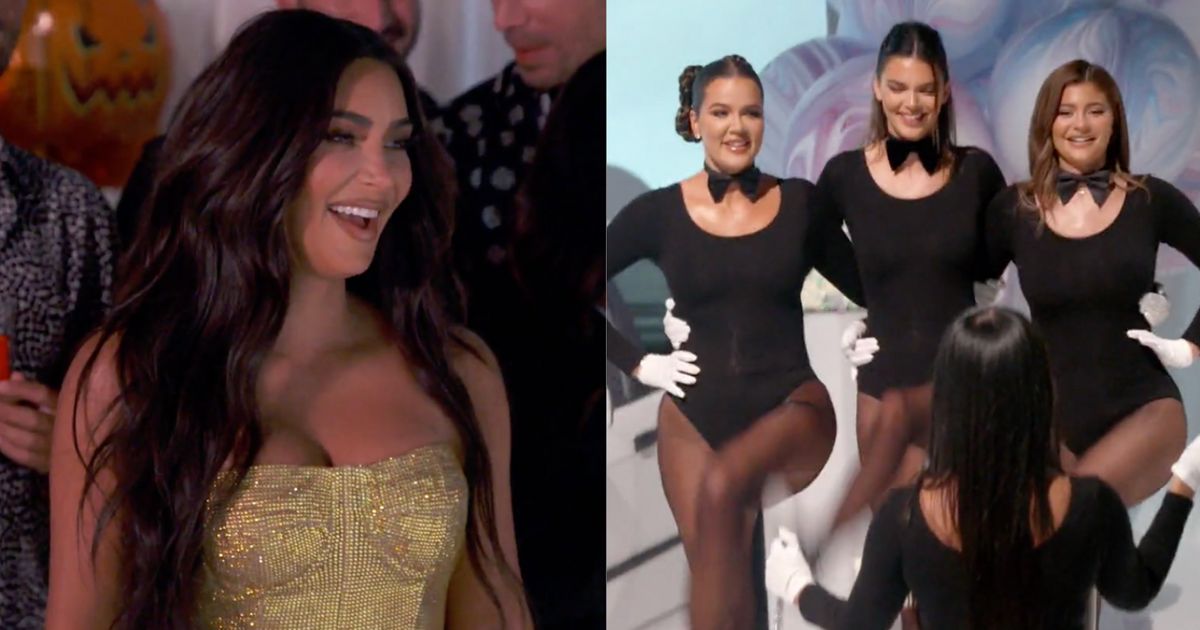 For a family with no dancing talent (look no further than Kim Kardashian’s ill-fated tenure on ‘Dancing with the Stars’ as proof), the KarJenners sure know how to pull together a number.

To celebrate Kim turning 40, her family organised an epic surprise birthday bash featuring her sisters Kourtney, Khloe, Kylie and Kendall performing a choreographed not-so-high-kicking line dance on Wednesday’s episode of ‘Keeping Up with the Kardashians.’

The theme for the evening was the ultimate throwback, as Kim’s plans for a birthday blowout were foiled by the COVID-19 pandemic. (She originally planned to fly friends to Wyoming and wear a custom robotic piece from designer Thierry Mugler for a “Wild, Wild Mrs. West” party.)

“I had all these, like, dreams and goals for my 40th birthday that can’t come true,” she said during the episode.

Instead the family decided to recreate iconic celebrations of years past as a “walk down memory lane” for Kim, including a dance her friends performed for her at her 10th birthday.

“When Kim was turning 10 years old I was throwing a big party at the house,” momager Kris Jenner explained. “And I came up with the idea that I would get all of her girlfriends to give a performance. I thought it would be so much fun to recreate the dance.”

This time around, Kim’s sisters were enlisted to put their two-step skills on display in matching black leotards, canes and bowties. The group, of course, encountered a few bumps during the rehearsal process.

“I have no clue how Kylie and I got roped into this dance because we weren’t even alive when it happened,” Kendall added.

But eventually they pulled it together, delighting a completely surprised Kim, who was lured into the party under the guise that she had to dress up for a photo shoot. Only a small number of friends and family were in attendance, with Kourtney noting that every guest was required to take a COVID-19 test before the party.

At the end of the performance, the sisters invite Kim into the center of the room and have her take part in the dance, despite her well-documented distaste.Remember when Prince famously kicked Kim off the stage at his Madison Square Garden show in 2011 after she failed to impress him with her moves?

But Kim took it in stride, expressing her gratitude for her sisters after all was said and done.

“This was such a genuine surprise. Thank you guys so much for putting that together because I know what hard work that was and I just want you guys to know I’ll remember that forever,” Kim said of the bash. “Just when I thought, ‘Ugh I don’t really want to celebrate. I don’t care. It’s a COVID birthday.’ All my favorite people were there. All my best friends and family and that’s really all that I really needed.”

The Kardashians are, of course, known for going big when it comes to birthdays.

For Kris Jenner’s 60th celebration in 2015, all her daughters recreated a music video the momager made for her 30th birthday. The family sang along to the now-classic tune of “I Love My Friends” with some help from famous contributors Cindy Crawford, Justin Bieber, Katy Perry and Caitlin Jenner.