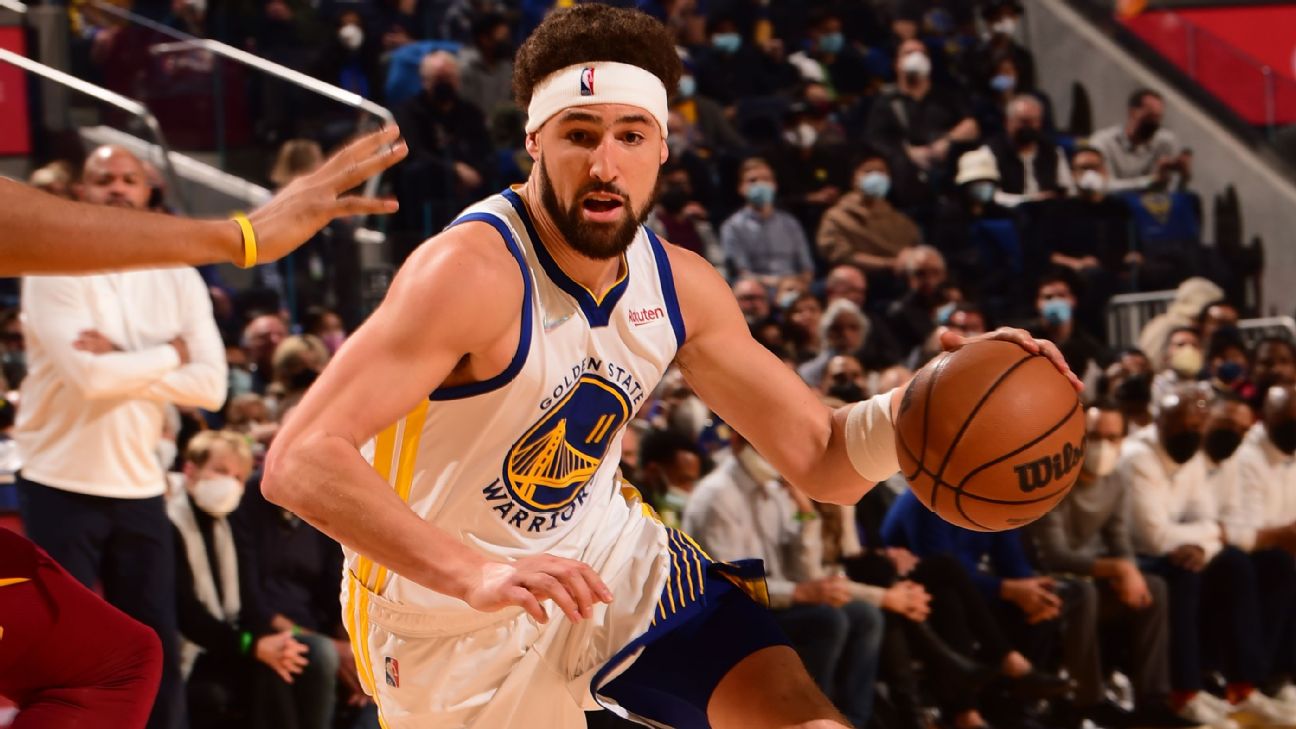 For the last two years, Klay Thompson's Instagram has been a place for fans to follow along with the Golden State Warriors guard while he's been away from the game. In addition to updates on his recovery from a torn ACL and an Achilles tear, Thompson has given fans an inside look at how he's spent his 941 days away from the NBA.

Staying true to form, Thompson took to Instagram on Saturday to announce his return. Sharing a clip from "Space Jam," Thompson captioned the post, "How I'm pulling up to chase [Center] tomorrow."

"IM SO EXCITED TO SEE YALL DUBNATION! LETS GET IT," Thompson wrote.

Thompson also shared a message from the team's account, in which he had four words for fans.

Ahead of Sunday's game against the Cleveland Cavaliers, several of Thompson's teammates took to social media to celebrate the Splash Brother's return. Stephen Currywent so far as to change his Twitter profile picture to a photo of Thompson.

Draymond Green, who also took to Twitter to celebrate "Klay Day," was so determined to honor Thompson that he was on the court for the opening tipoffdespite being sidelined with an injury.

Thompson's teammates weren't the only ones excited for his return. Several players from around the league took to social media to welcome the Warriors guard back to the court.

The excitement continued prior to tipoff as Thompson's Warriors teammates showed up to the arena rocking various Klay jerseys for the occasion.

The energy was palpable as the Splash Bro received his first Chase Center introduction, much to the delight of the crowd.

Then the 31-year-old wasted no time getting his first bucket.