La Nina ends, but could be back soon

Crikey
Share on FacebookShare Share on TwitterTweet
Meteorologists have declared La Nina finally over, but they warn it could return later in the year.

La Niña has officially ended after a shift in the Pacific Ocean, but meteorologists warn it could be back later in the year.

The Bureau of Meteorology declared the weather pattern finally over on Tuesday, after months of it helping to drive large rainfalls across Australia.

Meteorologists observed changes in trade winds, sea surface temperatures, and temperatures beneath the surface in the Pacific.

Invest in the journalism that makes a difference.

“But we also are aware that the models are suggesting we could go back into La Niña later in the year, and hence we’ve moved to La Niña watch,” Dr Watkins said.

There is about a 50 per cent chance of a La Niña event forming again during 2022.

The shift to La Niña watch does not change the outlook of above average rainfall for most of Australia over the coming months, with several other climate drivers affecting the country, Dr Watkins said.

Among them is a developing Indian Ocean Dipole, which happens when there are sustained changes in the difference between sea surface temperature for the tropical western and eastern Indian Ocean.

“We also see quite warm temperatures in the oceans around Northern Australia and off Western Australia,” Dr Watkins said.

Those warmer temperatures also tend to bring wetter than normal conditions to much of Australia.

About half the models the bureau surveys suggest a potential return to La Niña in spring, and back-to-back La Niñas is also not uncommon, Dr Watkins said.

“A three-year La Niña is less common, and we’ve only seen that three times since the middle of last century.”

Save this EOFY while you make a difference

Australia has spoken. We want more from the people in power and deserve a media that keeps them on their toes. And thank you, because it’s been made abundantly clear that at Crikey we’re on the right track.

We’ve pushed our journalism as far as we could go. And that’s only been possible with reader support. Thank you. And if you haven’t yet subscribed, this is your time to join tens of thousands of Crikey members to take the plunge. 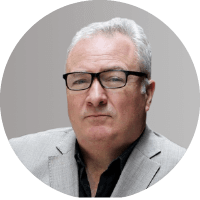