Silver Screen and Roll
Share on FacebookShare Share on TwitterTweet
Here are our takeaways from the Lakers and Clippers tipping off the preseason with a Staples Center showdown. 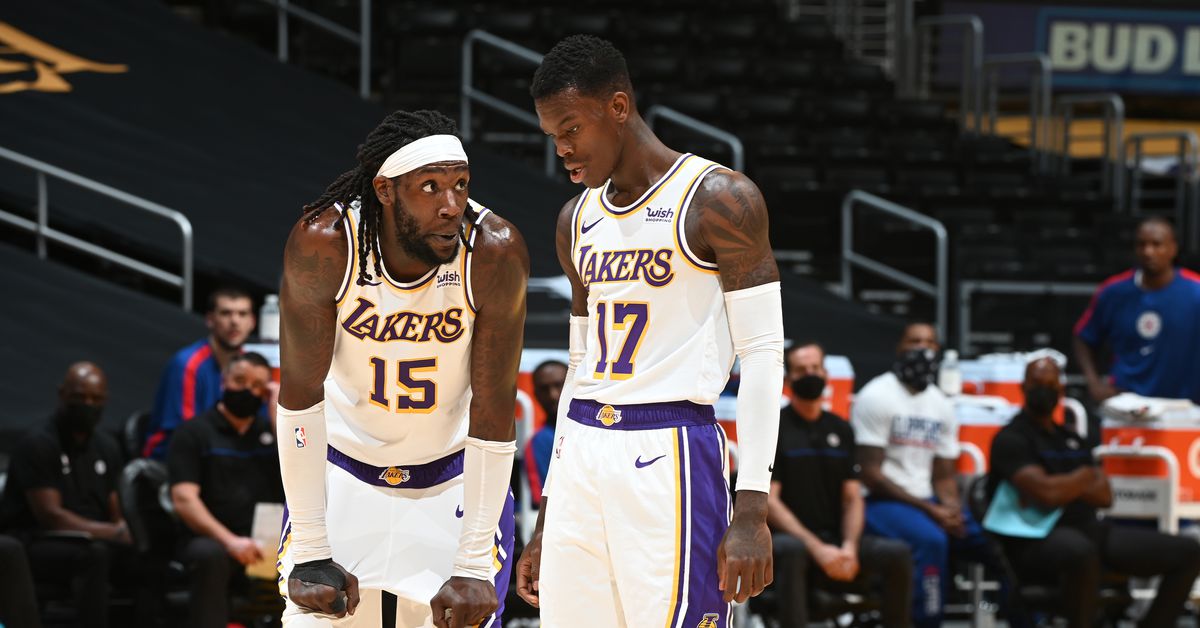 Happy two month anniversary of the Lakers winning the 2020 NBA championship! To celebrate, the defending champs and the Clippers played a preseason game on Friday night. The Lakers won, 87-81, but that’s not really what’s that important, because it’s just a meaningless preseason game that saw both teams play mostly camp invites or players who probably won’t figure into their regular rotations for the majority of the second half.

But just because the game doesn’t really matter doesn’t mean we can’t have a little fun at the Lakers’ little brothers’ expense, or that there weren’t a few things that stood out.

Here are a few takeaways.

With Anthony Davis, LeBron James, Marc Gasol, Kentavious Caldwell-Pope and Markieff Morris sitting out for precautionary reasons as they ramp back up after a short turnaround — but Paul George, Kawhi Leonard and most of the Clippers’ regular rotation playing, at least in the first half — there were plenty of minutes and touches to go around for the Lakers, and if one just watched Harrell, they wouldn’t be able to tell this was just a glorified scrimmage.

Harrell has a rep as a tireless hustle player, but he gave Lakers fans a real first taste on Friday night. The reigning Sixth Man of the Year constantly attacked the offensive glass to create extra possessions, used the couple of nifty little flip shots in his bag to score on his own and injected some energy into a game that was otherwise often pretty lifeless.

Harrell finished with 19 points and 9 rebounds while shooting 5-13 from the field. Additionally, he gave us what might have been the moment of the night when a hot mic under the rim picked up that he has no love lost for his former team:

Talen Horton-Tucker is developing before our eyes

Horton-Tucker didn’t play a perfect basketball game on Friday night. No one really does in the preseason. He wasn’t even always good, finishing with 19 points on 6-17 shooting. That said, he continued to show the intriguing flashes of talent that have the Lakers so excited about his potential, and looked like someone who had been locked in a basement, starving for shots for the last year he’s spent mostly developing in anonymity:

Horton-Tucker still has to learn a bit more about angles to finish around the rim that properly utilize use his incredible wingspan, but it was really fun to watch him try stuff. And with how easily he was getting to the cup, it’s easy to see why he’s impressed so far in camp.

Like Horton-Tucker, Kuzma played far from a perfect game. But he did look comfortable out on the floor, and more promisingly, like a player who knows this system well. Inserted into the starting lineup, he could often be seen telling his new teammates where to go in the team’s sets, and was making passes to the right places (including a few lobs) even if they didn’t always end in buckets.

Kuzma is going to have to play better in the regular season if he’s going to have the breakout season many are hoping for, but he ended the night with 18 points and 5 assists, and his bounce-back tour got off to a decent start.

The Lakers and Clippers will play against each other in one more preseason game on Sunday at 5:30 p.m.

For more Lakers talk, subscribe to the Silver Screen and Roll podcast feed on iTunes, Spotify, Stitcher or Google Podcasts. You can follow Harrison on Twitter at @hmfaigen.