The Ringer
Share on FacebookShare Share on TwitterTweet
New York wanted a dynamic offensive playmaker and Bell wanted to revive his career. Neither happened—but at least Bell got paid 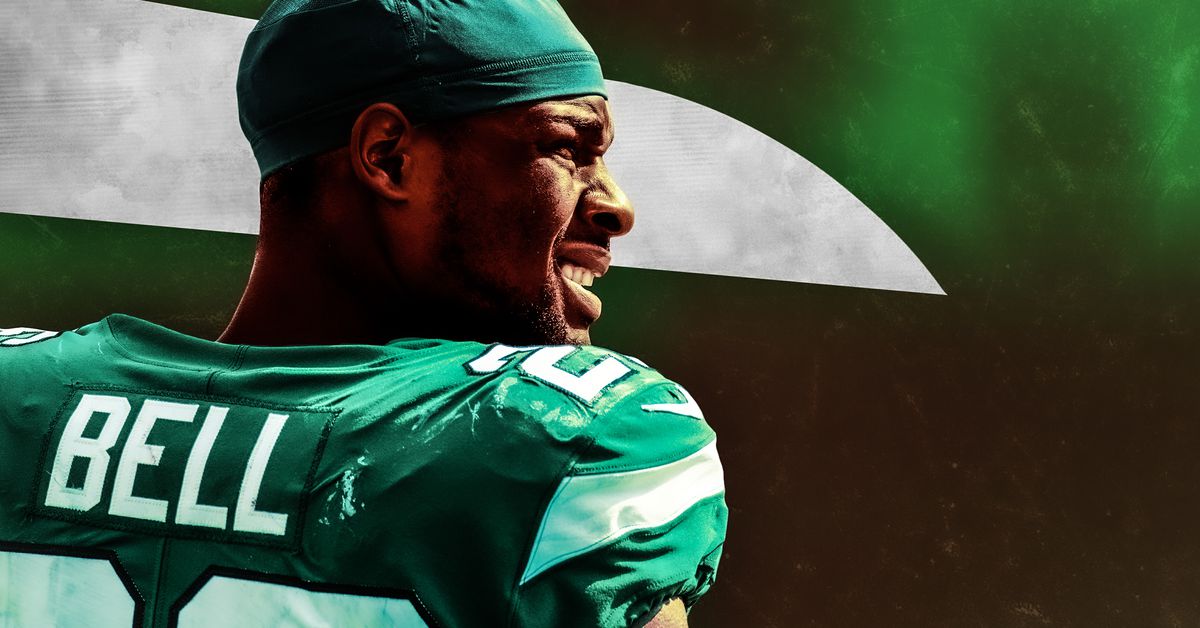 In the end, the Jets and Le’Veon Bell just weren’t a perfect match. Their pairing was always destined to go one of two ways, and it ended up being as messy as imagined.

The Jets released Bell on Tuesday, just 17 games into a four-year, $52.5 million pact the two-time All-Pro signed last offseason. And while there’s little to show for Bell’s brief tenure in the stat column, his bank account is certainly better for his stay. Now, he’ll have a chance to help a playoff squad. Meanwhile, the Jets will sacrifice $17 million in dead cap space and remain on the hook for the rest of Bell’s deal this year after failing to find a trade partner for the disgruntled back. Upon his release, Bell can join a new team on the league minimum while the Jets will have to pay him a prorated salary remainder totaling $6 million.

“The Jets organization appreciates Le’Veon’s efforts during his time here and we know he worked hard to make significant contributions to this team,” general manager Joe Douglas said in a statement. “We believe this decision is in the best interest of both parties and wish him future success.”

Douglas certainly isn’t off the mark in calling the breakup mutual. Bell summed up his delight with the move away from one of the NFL’s worst teams with an emoji:

Bell’s departure seemed imminent leading up to this week. He missed three games because of a hamstring ailment and landed on injured reserve, but returned last week against the Cardinals, tallying 60 yards on 13 carries (4.6 yards per attempt), and one catch (one target) for 7 yards. A Jets offense short on playmakers ran 64 plays and gave Bell the ball just over 20 percent of the time. Bell made his frustrations over his lack of involvement known by liking a handful of tweets, something coach Adam Gase later fumed to reporters about. And two days before the Jets were scheduled to pay Bell a $2.5 million guaranteed roster bonus, they unloaded him.

After sitting out the 2018 season over a contract dispute—skipping out on earning $14.5 million—the former Steelers star inked his deal with the Jets, which included $35 million guaranteed, reportedly double what Pittsburgh offered. There were debates about whether Bell’s season-long holdout had been worth it financially. Regardless, upon his arrival to New York, there was an expectation that Bell would immediately help unlock then-rookie quarterback Sam Darnold’s potential. An über-patient runner with receiver-like pass-catching skills seemed like an ideal offensive building block for new head coach Gase, a former offensive coordinator. That’s just not how things worked out.

To be fair, those stats also reflect on Bell. At 28, he has not played at his best, and we might have already seen his prime. His supporting cast’s talent didn’t help, but he clearly hasn’t been as efficient as he was as a Steeler. According to Next Gen Stats, Bell averaged negative-0.41 rush yards less than expected per attempt last year, the ninth-worst rate in the league. His 3.3 yards per attempt, 50.8 rush yards per game, and 7.2 yards per catch as a Jet are all lower averages than what he was achieving in Pittsburgh.

Additionally, Bell and Gase just never seemed to get on the same page. This week’s coach-to-press/player-on-Twitter feud wasn’t even the first time the two sparred. At the end of the 2019 regular season, Gase was asked, point blank, “Do you want [Bell] back at the start of 2020?”

Gase’s response: “You can ask [general manager Joe Douglas] tomorrow. I’m not in charge of personnel.”

It was apparent that Gase wasn’t sold on Bell, who rushed for 789 yards and three touchdowns last year. But when Bell joined the Jets, the hope was that they could go from AFC bottom-feeder to playoff contender. Two days before Bell signed, New York had signed linebacker C.J. Mosley to a five-year deal, and a few months later drafted Darnold, the franchise’s supposed QB of the future. All-Pro Jamal Adams emerged as one of the NFL’s best and most versatile defenders and defensive tackle Leonard Williams flashed potential. There appeared to be a foundation worth building on, but it never came together. Williams was traded midseason last year to the Giants. Darnold hasn’t been convincing. Mosley opted out of the 2020 season due to COVID-19 concerns. Following a public contract dispute, Adams was traded to the Seahawks for a bounty of picks before the season started. Bell even expressed public dissatisfaction over Adams’s departure.

“noted” what?! lol that you LIED? PLEASEE TRUST that it IS “noted” then..& if I’m supposed to take “see you in week 14” as a threat...I don’t! but it’s still allll love and like I told you ON THE PHONE I want the best for you..if this is the best for you, I want it for you bro https://t.co/yyNGH5XAb3

Despite the hype coming in, Bell is now on his way out. Off the field, he got what he wanted. On the field, neither he nor the Jets did—Bell’s longest carry in a Jets uniform went for 19 yards. Sometimes, relationships just don’t work out. Perhaps at his next stop Bell can capture the form that warranted the sizable payday he desired a few years ago. Nonetheless, at least he got his money. That’s more than many running backs can say.