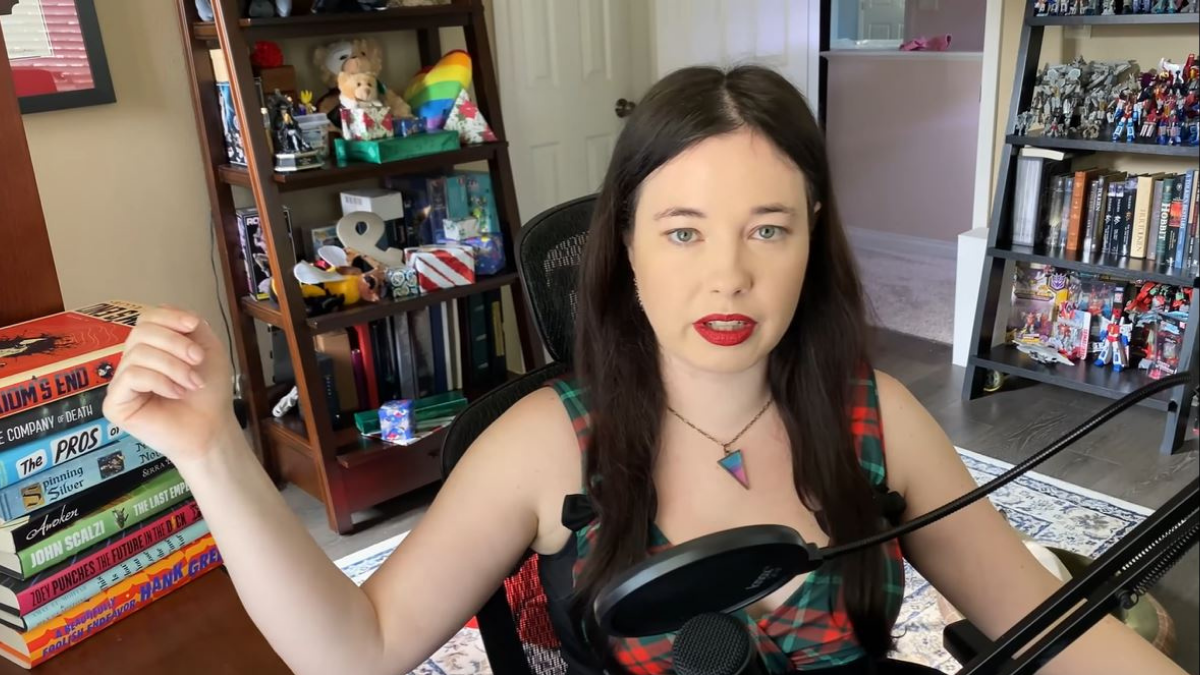 On March 26, Lindsay Ellis’ tweet about ‘Raya’ and ‘Avatar: The Last Airbender’ tweet landed her in trouble as that led the YouTube star to get ‘cancelled.’

Lindsay was quick to come forward and defend her actions. Even though she had mixed reactions on the internet, it looks like the YouTube personality is ready to take a bigger step.

On December 28, Lindsay confirmed she would be leaving YouTube.

On March 26, Lindsay became the center of attention after she tweeted her thoughts on ‘Raya’ and ‘Avatar: The Last Airbender.’ In a now-deleted tweet, she wrote: “Also watched Raya and the Last Dragon and I think we need to come up with a name for this genre that is basically Avatar: the Last Airbender reduxes. It’s like half of all YA fantasy published in the last few years anyway.”

Her tweet received backlash and in a bid to justify her statement, Lindsay made another tweet. She wrote: “I can see where if you squint I was implying all Asian-inspired properties are the same, especially if you were already privy to those conversations where I had not seen them. But the basic framework of TLA is becoming popular in fantasy fiction outside of Asian inspired stuff.”

Unfortunately, people were not pleased with her statement, and the backlash continued. Several Twitter users jumped on the bandwagon of cancel culture and called Lindsay out for her words.

Lindsay Ellis responds to getting ‘cancelled’

On April 15, Lindsay released a video titled “Mask off” on her YouTube channel in which she addressed her ‘cancellation.’ In the video, which was over one hour and forty minutes long, Lindsay highlighted how the word ‘cancelled’ originated, and how Twitter users had given rise to the ideology of “Twitter villain of the day.”

As the video continued, Lindsay shared her thoughts on getting ‘cancelled’ on Twitter. The YouTuber admitted she made one of the tweets in frustration because she was “being ascribed in an intentionality which wasn’t there.”

She continued: “You shouldn’t tweet in the morning. You shouldn’t tweet at all. Nobody should tweet. That very poorly worded frustration was met with even more outrage.” In the video, Lindsay also spoke about her “list of sins” and continued to talk about her thoughts on the same. You can watch her entire video here.

On December 28, Lindsay confirmed she would be leaving YouTube. She posted a statement on her Twitter with a message that read: “Goodbye.” At the same time, she posted a longer statement on her Patreon page with the title: “Walking away from Omelas.”

In other news, 19 Desmond Tutu quotes to remember the Archbishop who died aged 90