Liverpool must lock up ‘best in Europe’, as Salah stars in epic goal-fest against Man City

Fox Sports
Share on FacebookShare Share on TwitterTweet
Liverpool must lock up ‘best in Europe’, as Salah stars in epic goal-fest against Man City

Manchester City twice came from behind to draw 2-2 against Liverpool in a thrilling match between the Premier League giants on Sunday as Tottenham won to ease the pressure on Nuno Espirito Santo.

Mohamed Salah appeared to have won the game at a frenzied Anfield after Phil Foden had cancelled out Sadio Mane’s opener but Kevin De Bruyne’s late deflected shot rescued a point for Pep Guardiola’s men.

The result leaves the Premier League title race tantalisingly poised, with Liverpool a point behind leaders Chelsea and City in third place alongside a clutch of other clubs, two points off the top.

City’s dropped points against Southampton last month looked potentially costly, with tricky away matches to come against Chelsea and Liverpool.

But the defending champions have shown their mettle with a 1-0 win last week at Stamford Bridge and an impressive performance at the home of their fierce rivals.

City dominated the first half on Sunday but had nothing to show for their endeavours against a lacklustre home side.

Instead it was Liverpool who drew first blood when Mane struck just before the hour mark following fine work from Salah.

City levelled through Foden’s drilled finish from an acute angle but Salah produced a sensational solo effort to fire Liverpool back in front in the 76th minute.

The Egyptian, who also set up Sadio Mane’s opener, has found the net in seven consecutive games for the Reds, equalling his longest scoring streak and becoming only the fourth player to reach 100 Premier League goals for Liverpool in the process.

His incredible goal-scoring ability led to former great Jamie Carragher believes the 29-year-old must be locked up long-term with his contract due to expire in 2023.

“I don’t think there’s anyone playing better in the world or in Europe at the moment,” Carragher said on Sky Sports. “His record at the start of this season has been absolutely outstanding.

“You can never really question him for what he’s done at Liverpool - if at all - but right now is as probably as sharp and as good as I’ve ever seen him.” 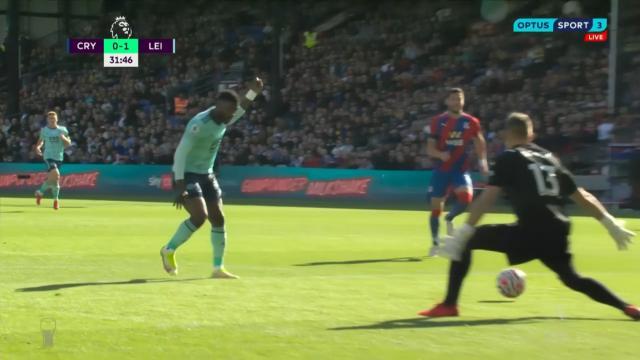 The visitors dug deep again and De Bruyne equalised five minutes later with a finish from the edge of the area, which deflected in off Joel Matip.

“That is the reason the last years Man City and Liverpool were always there because we try to play in this way. Unfortunately we couldn’t win — but we didn’t lose.

“That’s why the Premier League is the best. It was great, really great.” Klopp was disappointed with his side’s first-half showing but said his side turned things around after the break.

“Second half completely different,” he said. “If we only played the second half I would have loved to have win but with the first half I am happy with the point.”

Spurs were surprise early pacesetters this season but those losses with an aggregate score of 9-1 sent them tumbling down the table.

Spurs wobbled when Ollie Watkins cancelled out Pierre-Emile Hojbjerg’s first-half opener but a Matt Targett own goal in the 71st minute proved decisive.

“Good, good, good,” Nuno said. “We needed a win but a well-deserved win. We did a good match against tough opponents.

“Important for us, the boys and the fans. We reacted well after conceding and positive in a lot of ways.” 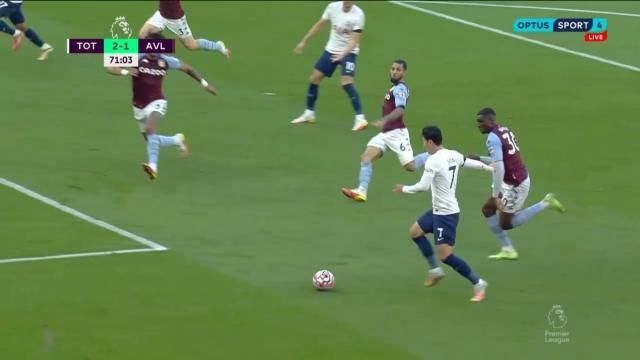 Leicester, who have grown used to life near the top of the table in recent seasons, travelled to Selhurst Park without a Premier League win since August.

Crystal Palace dominated the early exchanges but the visitors snatched the lead through Kelechi Iheanacho just after the half-hour mark and Jamie Vardy doubled the lead six minutes later.

Palace pulled a goal back on the hour, with substitute Michael Olise firing past goalkeeper Kasper Schmeichel at the second time of asking and fellow substitute Jeffrey Schlupp headed the home side level. 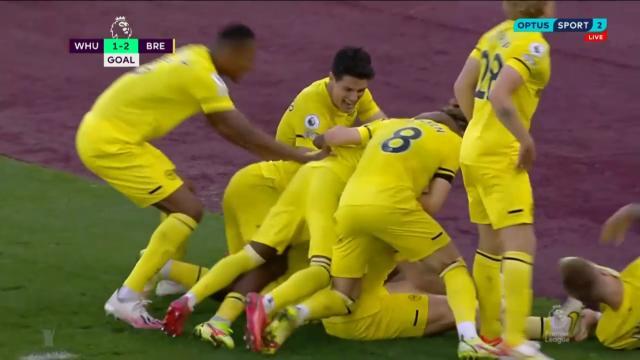 Across London, Bryan Mbeumo put Brentford in front against West Ham only to see his effort cancelled out 10 minutes from full-time by Jarrod Bowen.

But replacement Yoane Wissa had the final say when he blasted home in the 94th minute after the hosts failed to clear from a Mathias Jensen free-kick.

Earlier Sunday, Watford announced the sacking of head coach Xisco Munoz after a poor start to the Premier League season.