Daily Mail
Share on FacebookShare Share on TwitterTweet
The supermarket chain is supporting domestic fishers who have been impacted by the Chinese government's ban on live lobster imports - and it's good news for your bank balance.
Coles joins Woolworths to sell whole lobsters for $20 this Christmas - as supermarkets buy record amounts of seafood to support Australian fishers amid China trade war

Coles is selling Australian rock lobsters at half price this Christmas after buying up huge quantities of the luxury seafood which would normally be exported to China.

The supermarket revealed it bought 29 times more Western Australian rock lobsters than it has in previous years to ease pressure on the domestic seafood industry, after the Chinese government slapped a ban on Australian live lobster imports amid an escalating trade war between the two nations.

The world-famous delicacy is now available in Coles' delis across Australia for just $20 - 50 percent lower than the usual price. 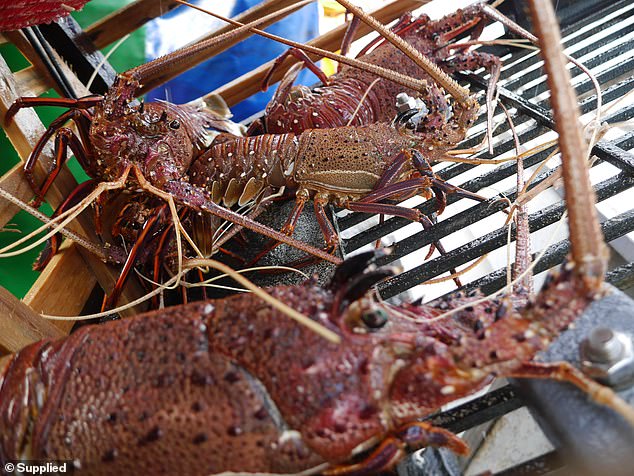 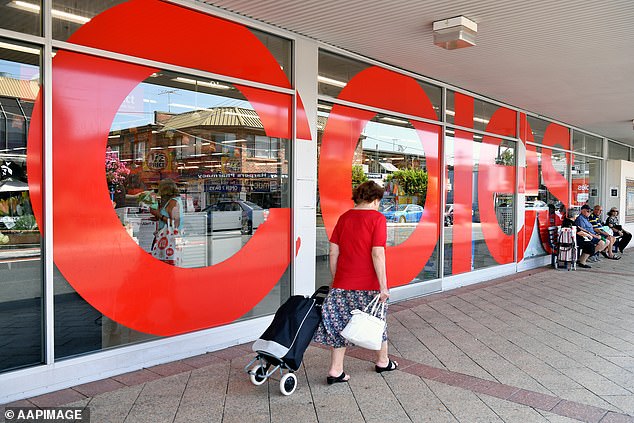 Lobster prices are down Australia-wide as the market is flooded with unprecedented volumes of fresh produce.

Whole lobsters are selling for $30 to $50 at regional wharfs while stalls at Sydney's famous Fish Market have slashed prices from $120 to $80 per kilogram, 9News reported.

Coles General Manager for Bakery, Deli and Seafood Andy Mossop said the decision was made to support commercial fishers who have been impacted by the international spat.

Relations deteriorated following Prime Minister Scott Morrison's call for an inquiry into the origins of coronavirus, which was identified in the Chinese city of Wuhan.

Since April, China's ruling communist party has slapped an 80 per cent tariff on Australian barley, suspended beef imports and instructed students and tourists not to travel Down Under. 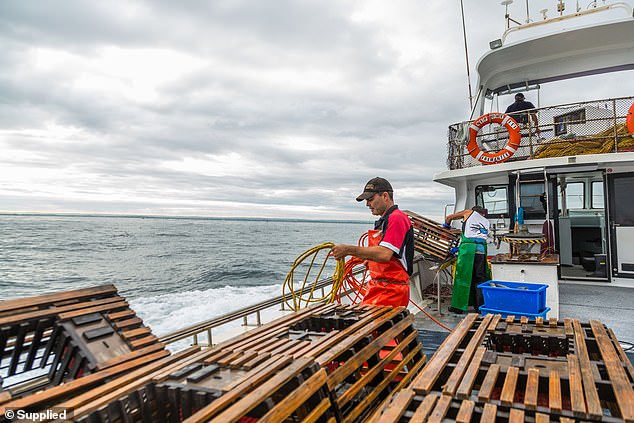 'This is a fantastic example of how we have been able to act quickly to support our suppliers with an income stream during a very challenging time while also benefiting our customers at the checkout.'

The supply of lobsters comes from the world's first recognised sustainable fishery.

Marine Stewardship Council Program Director of Oceania, Anne Gabriel, said the news is welcomed by rock lobster fishers and Australians who can now enjoy a wild and sustainable lobster-filled Christmas, thanks to Coles. 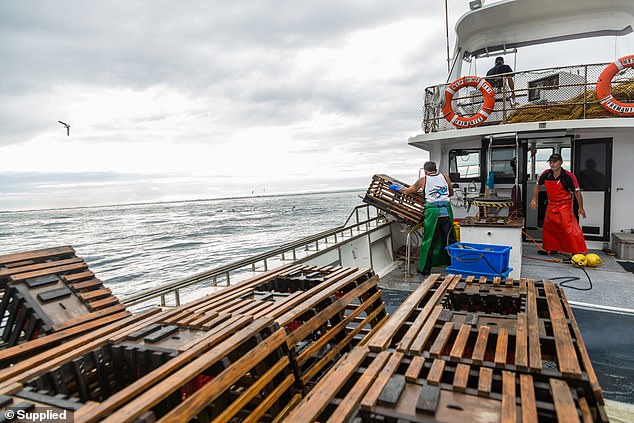 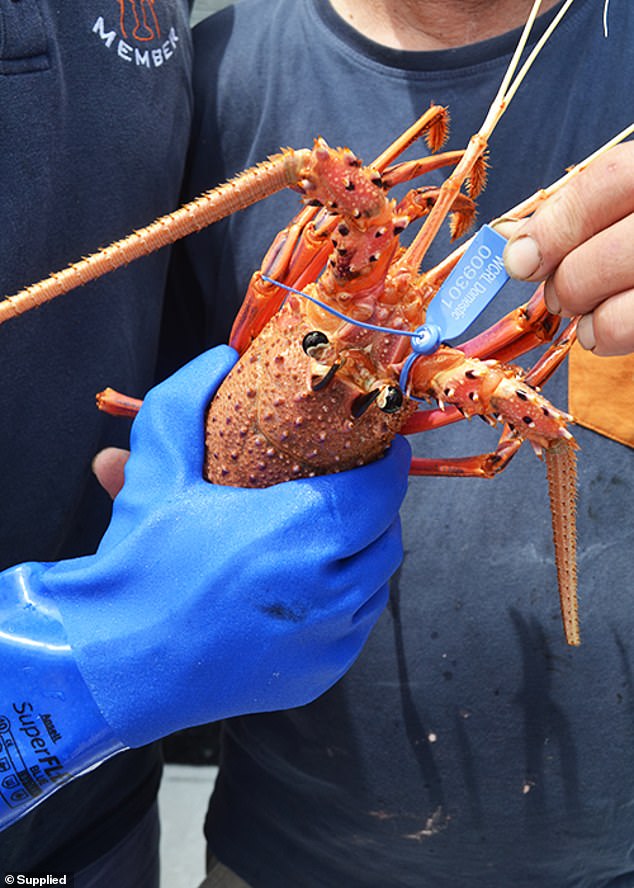 Woolworths is also selling whole Australian lobsters for just $20 in the lead up to the festive season - cutting the usual December sale price in half.

As tension with China over exports escalate Western Australian seafood producers have been forced to look elsewhere for buyers for their famous rock lobsters.

Woolworths took some of the pressure off by ordering five times more lobsters this December, 7News reports. 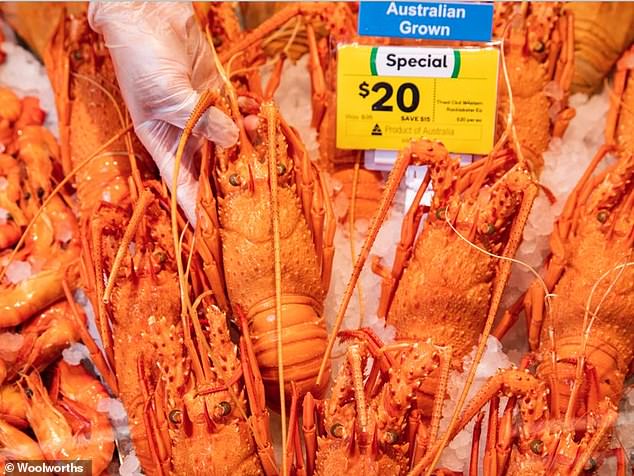 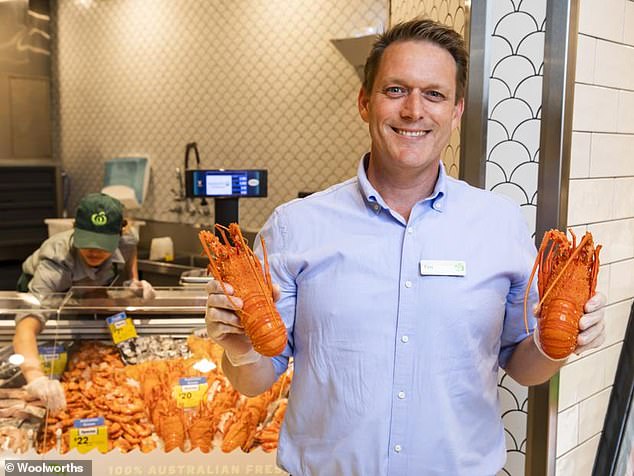 Woolworths head of meat and seafood, Tim Dudding, explained the supermarket chain was pleased to be able to offer 'a premium product' for such a low price

Woolworths head of meat and seafood, Tim Dudding, said the supermarket chain was pleased to offer 'a premium product' at such a low price.

He described the move as a 'win-win' in helping to disperse the lobsters domestically and giving Australian families the opportunity to have a luxury product for a low price this Christmas.

'We are pleased to be making them accessible to more families this year, while also supporting the local industry,' he said.