IndieWire
Share on FacebookShare Share on TwitterTweet
“Love and Monsters” is the rarest kind of movie these days: A funny, original, genre-mashing adventure made with big studio money. 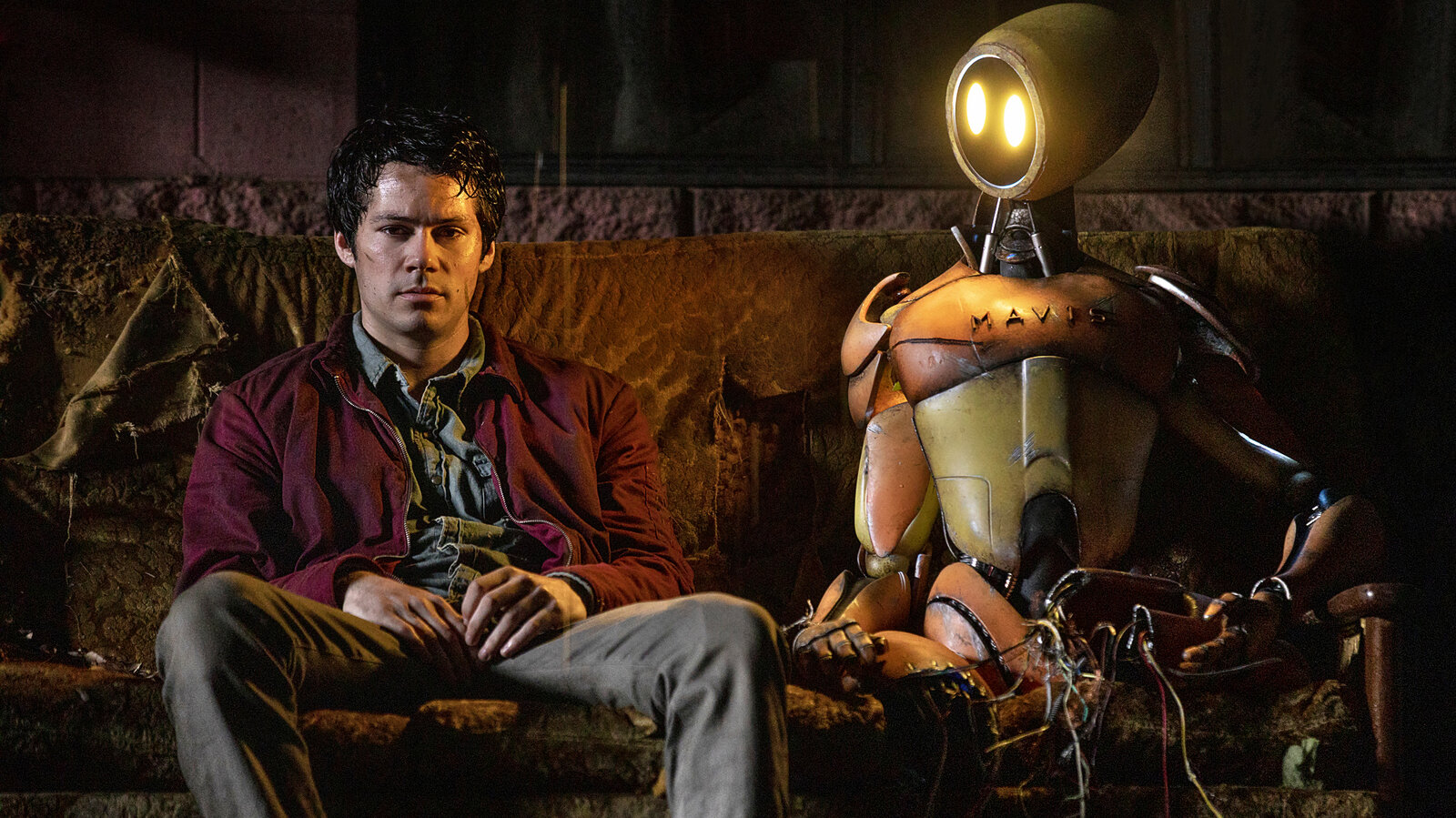 Michael Matthews’ “Love and Monsters” is the rarest kind of movie these days: A fun, imaginative, genre-mashing adventure that was made with a modest amount of big studio money and destined for a theatrical release despite not being adapted from a comic book or carried by a major star. Well, maybe “destined” isn’t the right word, as a certain pandemic (you know the one) came along and compelled Paramount to scuttle a multiplex release in favor of a VOD play. And while it might be legally accurate to say that “Love and Monsters” isn’t based on pre-existing material, it couldn’t be more obvious that it was conceived by someone who saw “Zombieland” on TV one night and thought to themselves: “I could do it better. And with bugs.” Lucky for us, they were right — or at least right enough that it’s a blast to watch them try.

Our narrator is a nasal beta male named Joel Dawson (“Maze Runner” star Dylan O’Brien, effectively playing against his “Riverdale”-ready looks), and he explains why he’s been living in an underground bunker for the last seven years as if he knows we all have bunker stories of our own. “I don’t think anyone was really shocked,” he shrugs when reflecting on his species’ near-extinction. “We always thought it might happen, and then it finally did.” In this case, “it” came in the form of a giant asteroid — scientists were able to blow it up with rockets before the space rock crashed into our planet, but the chemical compounds used to launch those rockets fell back to Earth and turned the entire insect population into kaiju-sized killing machines. Some other creatures were affected as well, but the film is a bit fuzzy on the fake science of it all (if only because Joel doesn’t know what’s happening on the surface either). Besides, that’s what sequels are for.

Anyway, Joel is the only single person left in the subterranean sex pit he calls home — which may or may not have something to do with the fact that he’s the village liability, and freezes whenever he gets scared — and the fact that everyone around him is boning at all times in plain sight is starting to screw with his head. But there is someone out there for Joel: Her name is Aimee, she’s played by “On the Rocks” breakout Jessica Henwick, and they were just about to have sex when their town was annihilated by some Blattodea the size of sailing yachts (talk about a cockroach block).

Joel has been pining for her ever since, and when his bunker is forced to fend off an “Aliens”-style termite breach, our boy decides that the time has come to brave the outside world and make the suicidal 85-mile trek to Aimee’s fortress on the coast. “I know you guys think of me as some adorable little hedgehog,” he tells the sweet people he’s leaving behind, but he’s been settling there for too long. “We love you, Joel!” they shout back, early evidence of a movie that’s at its winsome best when finding traces of humanity amidst a hostile fallen world.

And the world is very hostile, indeed — wonderfully so. If Joel’s hero’s journey never ventures off the beaten path, it’s punctuated by scary-silly creature encounters that keep you invested in every step. The creature effects run the gamut from the shoddy (a massive hypno-toad with alien eyes and a projectile tongue) to the skin-crawling (a hole in the ground plays host to a Raimi-esque worm attack), but all of the monsters are memorable in their own way, the benevolent ones most of all. Even the more generic-looking CGI beasts are endowed with enough purpose and personality to make Joel’s world feel like an intriguingly specific place full of unfathomable dangers, and not just an obstacle course for him to survive if he wants to have sex.

From a mutant spider web draped over an abandoned house, to a bicycle lodged high in the branches of a tree, and later a hilarious robot companion whose LED eyes radiate maternal warmth, the film is flecked with the kind of thoughtful design flourishes that make this potential franchise-starter feel like it was made with tremendous care. By the time Joel crosses paths with a no-nonsense hunter (an obligatory Michael Rooker) and his merciless 8-year-old traveling campaign (Ariana Greenblatt) in a second act so indebted to “Zombieland” that it even starts rattling off survival tips, “Love and Monsters” has established a clear enough personality of its own to copy off someone else’s homework for a little while. It helps that Rooker and Greenblatt feel like they’re dropping in against their will from a more action-packed adventure that’s running parallel to this one, and seem as irritated by the tropes that Joel’s story forces them to become. And really, who needs a meta joke about Bill Murray when you have the year’s best movie dog and a kind-eyed boulder snail?

“Love and Monsters” isn’t much for heavy lifting — its theme of refusing to settle (even at the end of the world) is as underwritten as it is overstated, not to mention out of sync with a year in which mere survival has suddenly become aspirational even for handsome white boys from upper-middle-class families like Joel — but O’Brien does a fine job of threading the needle between “helpless” and “annoying,” Matthews’ prestige TV-ready direction strikes an enjoyable balance between comedy and danger, and the kookiness of the film’s third act compensates for its shallow emotional undertow.

It’s a shame, however understandable, that “Love and Monsters” won’t get a chance to show the world that a mid-budget movie like this can still work in theaters. But we should be happy that someone out there still recognizes that you can build an irresistible cinematic universe from scratch without breaking the bank, and squeeze it inside a 100-minute feature that leaves people wanting more instead of an eight-episode series that leaves them begging for less.

“Love and Monsters” is now available on VOD.

Sign Up: Stay on top of the latest breaking film and TV news! Sign up for our Email Newsletters here.