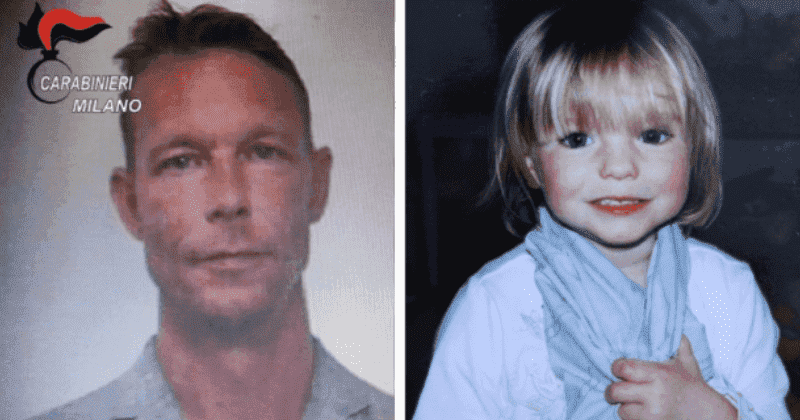 Christian Brückner’s lawyer has now said that his client was not involved in the 2007 disappearance of Madeleine McCann and insisted that the 43-year-old suspect’s phone records “prove his innocence”. Friedrich Fulscher stated that Brückner “did not commit this crime” and he has the evidence to prove it.

Brückner was identified as the prime suspect earlier this year by German authorities in the missing case of the three-year-old girl who vanished thirteen years ago while holidaying with her family in Portugal. It has been reported that the convicted rapist was living near Praia da Luz in Portugal when Madeleine disappeared. But his lawyer, Fulscher, has claimed that after checking Brückner’s mobile records and examining the regions around the flat in Praia da Luz from where the little girl disappeared between 9.10 pm and 10 pm on May 3, 2007, it turned out that he “did not commit this crime.” “If the witness statements are correct, there was a time window of 1 minute and 30 seconds in which the child could have been abducted,” the lawyer added as reported by The Mirror.

Brückner is currently in jail in Kiel, northern Germany, for drug trafficking and raping an elderly American woman in the Algarve. He raped the 72-year-old woman about one and a half years ago before Madeleine went missing. He has been awarded seven years for the assault and 21 months for drug trafficking.

It has been reported that detectives might have hired an inmate to get details from Brückner in jail. There was no immediate official confirmation about it, but a source said that the accused was infuriated. The source said: “Despite the silence of prosecutors, he is convinced that the police have been using all sorts of dirty tricks to try and nail him. He has been boasting there is no way he will fall for it. To him the whole thing is a game of cat and mouse and he has remained silent throughout.”

Also, The Sun reported that the German prosecutors’ so-called plan to “plant” espionage inside the jail to get Brückner to confess have left their Portuguese counterparts “concerned”. An insider close to the probe said, “The probe into Christian B has hit a brick wall. If they are resorting to sending people into prison to try and get him to confess then it is a bit of a worrying sign. The Portuguese have long said that Christian B isn’t linked to Maddie's disappearance but the Germans remain convinced he is. And they seem determined to prove it.”

Alexander Stevens, an expert on German criminal law, said that there were low chances to get proof against Brückner. “The only remaining possibility to convict Christian B would be to obtain information about fellow prisoners. The prosecutor had apparently wanted to get the accused to confess," Stevens said. But reports have stated that even if Brückner confesses his crime before any other prisoner, it would not be very helpful and could create issues for the public prosecution office in Braunschweig because paragraph 136a of the German Code of Criminal Procedure has stated that a statement from an accused must not be extracted by the investigating authorities through any kind of trickery.