Sporting News
Share on FacebookShare Share on TwitterTweet
Cristiano Ronaldo brought his tally of professional goals up to 807 as an incredible hat trick from the Portuguese superstar sealed a 3-2 win for Manchester United over Tottenham. 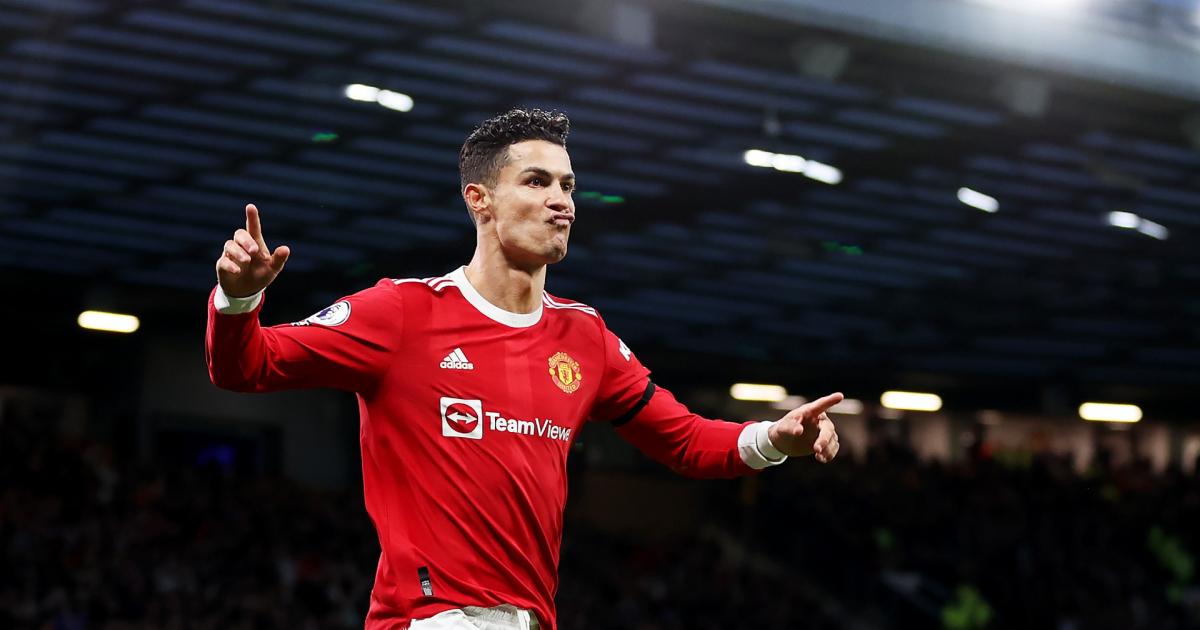 Cristiano Ronaldo announced himself back in the Manchester United starting XI with an inspirational hat trick in their 3-2 Premier League win over rivals Tottenham that sent the Red Devils back into the top four. They unseated Arsenal, who have four games in hand, but the Gunners are in action on Sunday.

Ronaldo found himself at the center of the pregame chat as Ralf Rangnick brought him back into the team against Antonio Conte's side. And the Portuguese superstar responded in trademark style, bringing his overall personal goal tally to 807, as the outright top goal scorer in men's football history.

Despite a string of star names on the pitch for both sides, it was Ronaldo who ran the game from the opening whistle, as he crashed home a superb long-distance opener after just 13 minutes.

However, United struggled to gain enough momentum to see off Spurs' challenge in the second period, as captain Harry Maguire diverted home an unfortunate own goal for the 2-2 equalizer.

But there was still time for one more twist, as Ronaldo escaped his marker on an Alex Telles corner, to head home a dramatic winner with seven minutes remaining.

Man United now turn their focus to Tuesday night's Champions League second leg at home against Atletico Madrid with the goal of advancing into the quarterfinals. Their next Premier League match will be at home to Leicester on April 2 as four teams — Man United, Arsenal, West Ham and Tottenham — continue their battle for fourth place and the one remaining Champions League berth for next season.

It's all over after an incredible 90 minutes at Old Trafford as record-breaking Cristiano Ronaldo took center stage with his first hat trick since returning to the club to seal all three points for the hosts.

89th min.: Poor tackle from Pogba on Kane gets the Frenchman a booking as Antonio Conte brings on Harry Winks and Steven Bergwijn for Rodrigo Bentancur and Ben Davies.

85th min.: Ronaldo is substituted to a standing ovation at Old Trafford and Victor Lindelof is on to help seal the win.

He’s still the man for United in this complicated moment. Top performance. pic.twitter.com/b8GTS4jrcw

Cristiano Ronaldo has now scored a hat-trick at club level in each of the last 13 calendar years:

Another year, another hatty. pic.twitter.com/JkxASGr04S

Incredible stuff from Ronaldo. Alex Telles whips the corner in and Ronaldo beats Matt Doherty to the ball to thump home a brilliant header.

79th min.: Another chance for Ronaldo but Hugo Lloris is sharp to the situation to make an important save as Spurs bring on Lucas Moura for Kulusevski and Edinson Cavani replaces Nemanja Matic for United.

72nd min.: What just happened? Sergio Reguilon breaks in behind and crosses into the box as a sliding Harry Maguire diverts the ball by his own goalkeeper David De Gea for an OWN GOAL!!!

Harry Maguire has now scored as many Premier League goals against Man Utd at Old Trafford (1) as he has for them.

63rd min.: Brilliant move from Spurs as Kane slips in Dejan Kulusevski and his layoff is blasted just wide of the post by Son Heung-min.

60th min.: Spurs are slowly coming back into the game as Matt Doherty wins a free kick from Alex Telles.

51st min.: Stop-start beginning to the second half with Paul Pogba and Marcus Rashford both down receiving treatment for injuries.

46th min.: Back underway at Old Trafford. No changes for either side at the break.

Halftime after a breathless 45 minutes at Old Trafford as Ronaldo smashed another goal-scoring record with his 806th career goal. Ronaldo's brace, including an early wonder strike, has United 2-1 up at the interval with Tom Brady enjoying his day in Manchester so far!

Here's Ronaldo's goal which made it 2-1 Manchester United.

This is career goal 806 for Ronaldo which breaks the record for most goals ever in competitive matches.

Jadon Sancho burst into a gap in behind the Spurs defense and squared across the box for Ronaldo to tuck past Lloris.

36th min.: Harry Kane converts the penalty for Spurs. David De Gea guesses the right way, but Kane powers the equalizer past him!! 1-1 at Old Trafford!!!

35th min.: Penalty to Spurs. Dejan Kulusevski whizzes a cross into the box and Alex Telles sticks out a hand. Harry Kane stepping up.

31st min.: Ronaldo tries to race away on the counterattack but Eric Dier is booked for cynically hauling him back.

19th min.: United look hungry for an immediate second goal, as Paul Pogba's effort swerves just wide, and Ben Davies has the ball in the net at the other end, but the offside flag is straight up.

An absolute wonder strike from Cristiano Ronaldo. Fred flicks the ball off to him on the edge of the box and Ronaldo HAMMERS an unstoppable strike beyond Hugo Lloris!!!

Here we go! @Cristiano vs. @HKane. I might fist pump if you score Harry but I’m riding with @ManUtd today. pic.twitter.com/ybgHozzSBm

10th min.: A busy start at Old Trafford with both sides starting a top speed on the night with Cristiano Ronaldo's penalty shouts waved away by referee Jon Moss.

A highly intense start to proceedings in the #PL ????#MUFC | #MUNTOT pic.twitter.com/iZtoR3y1h1

12:15 p.m.: Spurs gearing up for a crucial night at Old Trafford

12:07 p.m.: Rangnick has revealed the reasons behind his sweeping changes against Spurs:

11:42 a.m.: The Spurs forward line is Kulusevski-Kane-Son at Old Trafford. Spurs boss Antonio Conte makes just on change to his starting XI with Sergio Reguilon in for the injured Ryan Sessegnon.

Cristiano Ronaldo and Marcus Rashford are also recalled in favor of Bruno Fernandes and Anthony Elanga.

11:00 a.m.: No better way to warm up for the marquee matchup than with a few of the better goals this series has seen.

Five of our best against @ManUtd...

Cristiano Ronaldo and Raphael Varane are both recalled by Rangnick, as part of five starting changes, with Portuguese star Bruno Fernandes omitted from the starting XI due to COVID-19 regulations at the club.

Antonio Conte heads into this game with a fairly complete roster. Oliver Skipp is set to miss out with a groin problem, with Japhet Tanganga also sidelined. Winger Ryan Sessegnon failed a late fitness test as Sergio Reguilon steps in as his replacement.

MORE: Last time Tottenham won a trophy? It's been a while