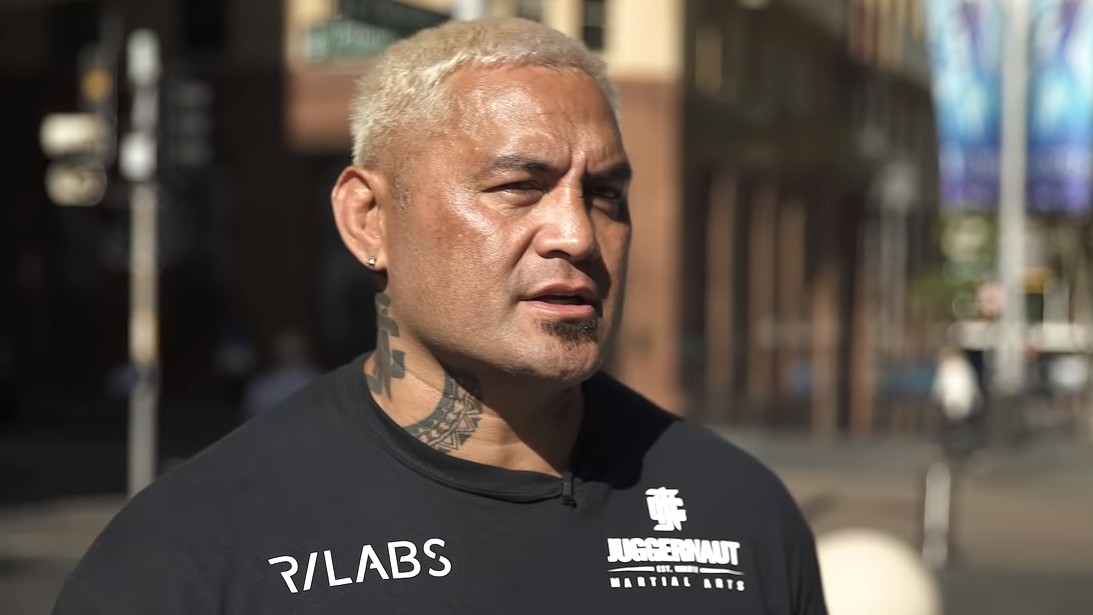 Mark Hunt never wanted to be a prizefighter. Growing up in South Auckland, he was more comfortable dropping a shoulder on the footy field than dropping bombs in a cage.

Back then, Hunt dreamt of being a rugby league player. He wanted to end up where Paul Gallen eventually did.

And long before he’d earned the nickname the ‘Super Samoan’ in rings and cages around the world, Hunt was on that trajectory.

In the late '80s and early '90s Auckland rugby league scene, Hunt was ranked alongside Ruben Wiki as one of the biggest talents going around.

He played for the same club - Mangere East Hawks - as the great Olsen Filipaina, made Auckland rep sides as a fearsome front-rower and was on the cusp of selection for a New Zealand squad to travel overseas.

A future in the sport was a legitimate option at the time, before his criminal past caught up with him.

As a 16-year-old, Hunt already had a long rap sheet when he was sentenced to nine-and-a-half months in Wikeria prison for stealing a pair of Doc Martins from a schoolkid.

Hunt was first exposed to martial arts during that stint in New Zealand's second largest prison when a gang leader, who also happened to be a handy kickboxer, plucked him out to be his "personal assistant and training lackey" Hunt wrote in his autobiography.

He picked up a few things about fighting, but never threw a punch while locked up, and still wanted to be a footy player.

But when the chance to tour overseas presented itself, Hunt was told he'd find it tough to get a visa and his rugby league dreams faded away.

His path from former prison inmate to global combat sport superstar wasn’t straight forward (read his book) but he’s proud of how he eventually turned things around.

“That was a long time ago. I made the Auckland team, but not the Kiwis team because of my criminal history,” Hunt told Sporting News.

"I wanted to be a footy player like old mate (Gallen) over there, but my criminal history...that's what ruined it.

“I’m proud I changed that cycle for me and my family.

“It’s good to see a lot of people coming from a bad path can change their lives and become good people and a part of society.

"That’s me, from negative to a positive, like Biggie Smalls.”

Now he's just days away from fighting the man who did what Hunt always wanted to do on the rugby league field.

"Gallen's a footy player, an NRL player and a legend of footy and I respect him in that field," Hunt said.

And how does Gal do that?

"He’s gotta beat me. He’s gotta give me his blood," Hunt continued.

"He’s gotta earn my repect by going hard. No running around with tip tap shit. This is the fight business. The hurt business.

"If he wants it he’s gotta come and take it from me."

He can still be rough around the edges, but it's clear the man Hunt is today isn't the same person as the one running riot on the streets of Auckland in the 1990s.

Still, the past has a funny way of catching up to you. Hunt got one of those reminders recently.

“It’s funny…I went to a neurologist scan last week and the security guard was in the same prison as I was,” he said.

“He said ‘you don’t remember me, but I remember you as a 15-year-old walking in.

Long removed from his days railing against the criminal justice system, Hunt's new battle is against the UFC, but he has his sights firmly set on Gallen this Wednesday.

"This is about old mate wanting to fight and that's why we're here," Hunt said.

"He called me out five years ago and we're here and I'm ready to rumble.

"I'm looking forward to feeling that rush of adrenaline walking out to fight - there's nothing like it."

Indeed, Hunt has a simple message for those who may be going down a similar path that he was once on.

“It’s a lonely path to walk, fighting,” he said.

“It’s embarrassing when you get caught or when you lose. It’s something you have to live with.