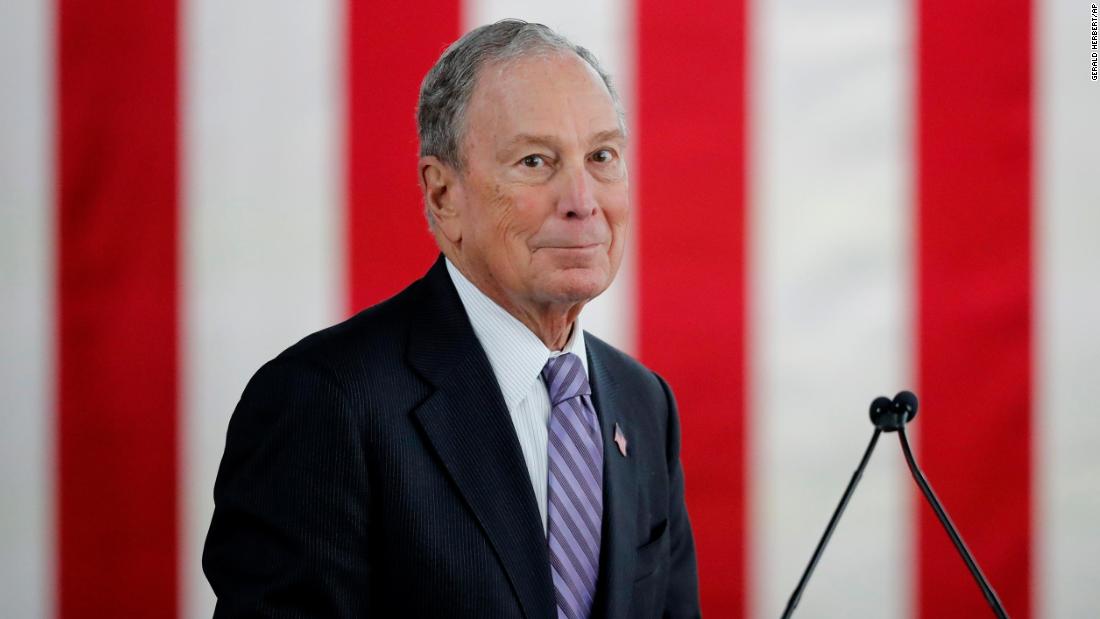 .duval-3{width:100%;position: relative; border: 1px solid #979797; border-left: none; border-right: none;padding: 20px 0; box-sizing: border-box; -webkit-box-sizing: border-box; -moz-box-sizing: border-box; margin: 0 0 20px 0; max-width: 660px;} .duval-3 a{color: #1a1a1a; text-decoration: none;font-size: 0;} .duval-3 a:hover { color: #d9d9d9; text-decoration: underline; -moz-text-decoration-color: #d9d9d9; text-decoration-color: #d9d9d9; } .duval-3>a>*{vertical-align: top; display: inline-block;} .duval-3>a>div{display: inline-block; font-size:1.0666667rem;width: 80%; padding-top: 0px; padding-left: 2%;} .duval-3>a>img{width: 18%; height: auto;} @media screen and (max-width:640px){ .duval-3>a>*{display:block; margin: auto;} .duval-3>a>div{width: 100%;} .duval-3>a>img{width: 50%;} }
That poll allowed him to qualify for Wednesday's Nevada debate, the first 2020 debate in which he will appear.
That Bloomberg is now a major factor in the race is beyond question. The more interesting question is who, exactly, are Bloomberg voters? Where are his pockets of support? And perhaps most importantly, who has Bloomberg taken these voters from?
A look inside the NPR/PBS/Marist poll suggests that the answer to that final question is, generally speaking, former Vice President Joe Biden. Bloomberg rose 15 percentage points from the December version of this poll until today. Biden fell 9 points -- from 24% to 15% -- in that same time period.
Dig even deeper and you see that a Bloomberg voter today looks a lot like a Biden voter from back in December -- with one clear difference, which I'll get to.
First, here's where Bloomberg is running strongest (and remember that the former mayor trails Vermont Sen. Bernie Sanders by12 points in the overall national vote):
1) Moderates: Bloomberg has emerged as the top choice for Democratic voters who view themselves more in the ideological middle of the party. He takes 29% among moderates as compared to 23% for Sanders, 14% for Biden and 13% for Minnesota Sen. Amy Klobuchar.
2) Non-college whites: This was one of the pillars of Biden's support going into this race -- he's from Scranton! -- but no longer. Among this group, it's Sanders who leads with 34% followed by Bloomberg at 24% and Biden at just 10%. (Among all white voters, Bernie leads with 29% followed by Bloomberg at 18% and Warren at 15%. Biden takes just 9%.)
3) Old(er) voters: While Sanders has a massive lead over the field among voters younger than 45 (he's at 54%!), it's Bloomberg whose the top choice of the 45 and older crowd. He takes 27%, to 22% for Biden and 13% for Sanders.
4) Small-town/rural voters: Yes, it's not exactly the most obvious fit: the guy who spent more than a decade running New York City performing well among people who lives in small towns and rural areas. But here we are! Sanders leads among these voters with 28%, but he is followed closely by Bloomberg at 24%. Biden takes 13%.
The one place where Biden remains strong(ish) -- I told you we'd get here! -- is among black voters. Biden wins 31% among that group, to 28% for Sanders and 16% for Bloomberg. Among all non-white voters, it's Sanders in the lead at 34% followed by Biden at 21% and Bloomberg at 19%. In the December NPR poll, Sanders led among non-white voters with 29%, with Biden at 26% and Warren at 13%. Bloomberg's support among that group, such as it was, was lumped into "other candidates" in the poll.
While there's a tendency to focus on the ongoing fight between Sanders and Bloomberg in the race, it's actually Biden that Bloomberg needs to put down before he can worry too much about Sanders. If Bloomberg can eat into Biden's support among black voters, Biden is done for. Bloomberg will have fully taken his slot in the race -- and his voters.
Because Bloomberg isn't on the ballot in any states until Super Tuesday (March 3), it's possible Biden can make a comeback in Nevada this Saturday and South Carolina next Saturday. But Bloomberg has made that path much, much more difficult for Biden. At the moment, it's Bloomberg, not Biden (or Klobuchar or former South Bend, Indiana, Mayor Pete Buttigieg) who is emerging as the pragmatic alternative to the liberal Sanders.
Similar shots
Topics of the week
NRL George Floyd Eid Mubarak BOM Perth Elon Musk Weather Perth Western Power Kyle Sandilands Binge Powderfinger
Hot topics