Michael Bloomberg: The rise of the world's ninth richest man

BBC News
Share on FacebookShare Share on TwitterTweet
The world's ninth richest man is vying to be America's next Democratic president. 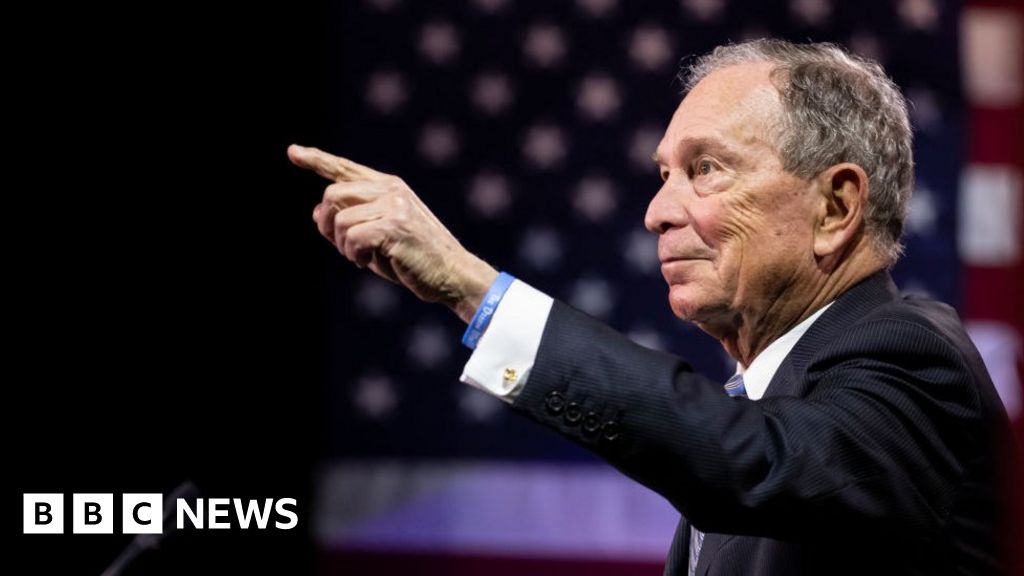 Even as a child growing up in Medford, Massachusetts, a suburban town near Boston, just at the edge of cosmopolitanism, Michael Bloomberg was keen to be a man in charge.

"He wanted to be the boss of whatever we were working on," his late mother Charlotte recalled to a biographer in 2009. "He wanted to run everything."

At 78, Mr Bloomberg has been the boss of many things - the chief executive of a financial data firm, the mayor of America's most populous city, the head of a national gun control group, the founder of a news service that bears his name.

Speculation over whether the technocratic billionaire would one day run for president of the United States has been rife since his entry into politics in 2001, when he won the New York mayoral race as a Republican.

Now, as one of the richest men in the world, he is seeking America's highest political office- this time as a Democrat.

From modest roots to moneyed man

Mr Bloomberg was born in 1942 into a middle-class family - the son of a book-keeper.

After studying engineering at Johns Hopkins University in Baltimore, he got his first job on Wall Street upon completing an MBA at Harvard in 1966.

He secured a position at Salomon Brothers, and by 1972 he had become a partner. But his relationship with the firm ended abruptly nine years later when Salomon Brothers was bought out and Mr Bloomberg was sacked.

He used his stake from the Salomon sale to found his own business - now a global media and financial data empire named after him.

Today Bloomberg LP has offices around the world. It is the leading global provider of financial data and has made Mr Bloomberg a very wealthy man.

With an estimated net worth of $62 billion (£47.6 billion), he was the ninth richest person in the world in 2019, according to Forbes - and the sixth richest in America.

But he has always wanted more and has admitted to being a man who craves admiration.

"Adulation is great," he was once quoted as saying.

A turn to politics

Though never considered a charismatic candidate, Mr Bloomberg has never lost an election.

In his first race to become mayor in 2001, he switched parties from Democrat to Republican, secured the endorsement of Rudy Giuliani, his predecessor and now lawyer to President Trump, and spent tens of millions of dollars to win.

He raised taxes and cut costs - never vote-winners - and gained a reputation as a technocratic killjoy.

In his first term, he banned smoking for bars, fought with transport unions and launched a crusade against street vendors. Tabloid papers began referring to the mayor as "Gloomberg".

But an improved economy, better school results and falling crime rate under his mayoralty won him a second term in office in 2005 with a victory margin of 20% - the highest for any Republican in New York.

He left the party in the middle of his second term, running and winning a third as an independent. "In God we trust. Everyone else, bring data," was a favourite Bloomberg motto - centrism, empiricism and pragmatism were his political brand, regardless of his party.

A Democrat once again?

As mayor, constituents described him as "cold" and "business-like", but effective. When he left office in 2013, his 12 years at city hall were seen as a success by New Yorkers, and his subsequent philanthropic activities - including his biggest project, backing gun control legislation across the US - put him solidly in the Democratic camp once again.

In 2018, he spent $41m backing Democratic candidates running for the US House of Representatives. Twenty-one out of the 24 he supported won, 15 of whom were women. In 2019, he donated $3.9 billion to charities supporting top issues on the left, from green energy to abortion access.

But Mr Bloomberg's bid to become the man to take on Mr Trump in 2020 has struck a discordant tone with a party that has made demands for race, gender and income equality a large part of its diagnosis for America's ills.

Comments the former mayor has made about women and people of colour have resurfaced and come back to haunt him. A hard-line policing tactic, stop and frisk, that was expanded by Mr Bloomberg over the course of his mayoral terms has been criticised as racist and ineffective.

Who will take on Trump in November?

Whereas his wealth could once be used to argue (as Mr Trump, another wealthy New Yorker did in 2016) that his interests cannot be bought, today, the accusation levied by opponents is that Mr Bloomberg is seeking to buy the election. He has already spent several hundred million dollars, and has said he is willing to spend as much as a billion.

Could Mr Bloomberg go all the way to the Democratic convention in July? He has the resources, but is working on the persuasion.

In February, his campaign launched an effort to reach black voters, belatedly admitting that he was wrong about stop-and-frisk and pledging to invest $70bn in fighting for economic justice if he was elected.

"Throughout my career," the billionaire said, "I've tried to do the right thing.

"Not the popular thing or the politically correct thing, but the right thing".

But it takes popularity to win.