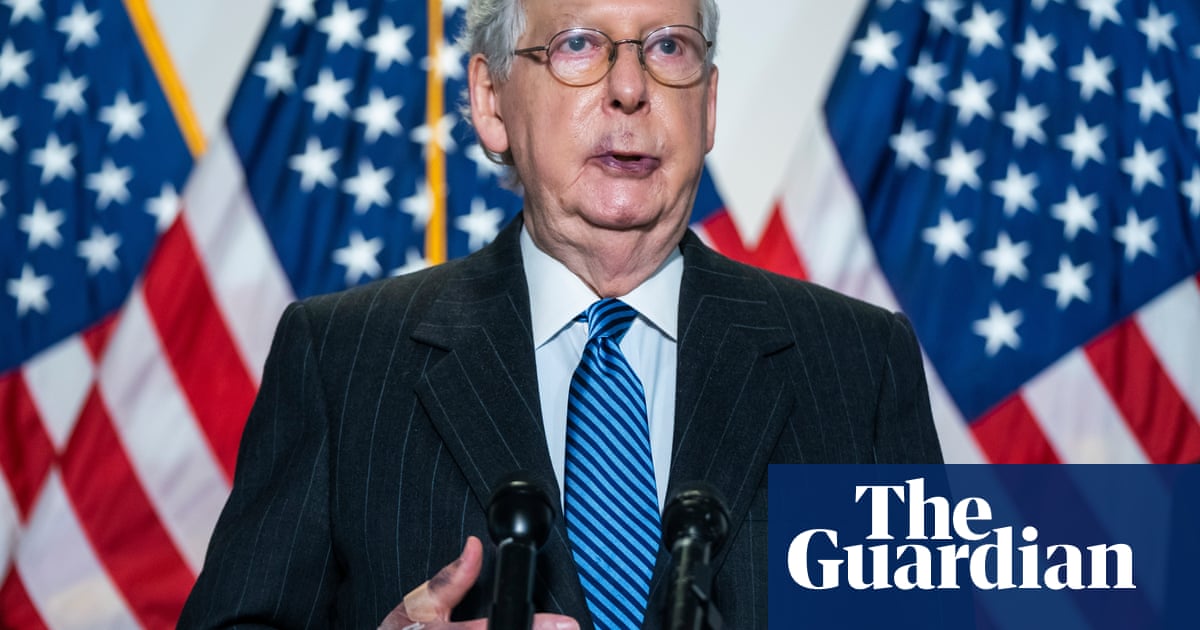 The Senate majority leader, Mitch McConnell, told reporters on Capitol Hill he had no health concerns, after questions were raised about pictures showing severe bruising on his hands and some bruising around his mouth.

Asked on Thursday if “there anything going on we should know about?”, the Kentucky Republican said: “Of course not.” McConnell answered a follow-up question by saying he had no concerns, and did not answer a question about whether he was seeing a doctor.

No bruising was discernible on McConnell’s hands during his debate against Senate Democratic challenger Amy McGrath, in Lexington on 12 October.

McConnell, 78, is well-placed to beat McGrath, if in a tighter race than he would usually expect, for a seventh six-year term. By the end of it, he would be 84, going on 85. That would not be unusual in the Senate, a body where members often sit into their 80s and sometimes beyond.

The Republican has presided over the confirmation of huge numbers of federal judges nominated by Donald Trump, among them two supreme court justices and almost certainly a third, Amy Coney Barrett, who will receive a floor vote on Monday.

That he has done so after successfully stymying the Obama administration on judicial appointments – up to denying even a hearing to Merrick Garland, the supreme court nominee to replace the late justice Antonin Scalia, over 10 months in 2016 – makes McConnell something of a bogeyman to Democrats and progressives.

Democrats are by most counts well-placed to retake the Senate on 3 November.

McConnell has brushed off questions about his health before, for instance earlier this month when other senators, members of the White House staff and Donald Trump himself tested positive for the coronavirus.

“Have I ever been tested? Yes,” the majority leader said then, about Covid-19. “But I’m not going to answer questions about when.”

Regarding McConnell’s hands, the factchecking website Snopes produced a short article which confirmed the photos were real.

“Why McConnell’s hands exhibit purplish bruises and bandages has prompted much speculation,” the article said, “with guesses ranging from claims that the senator has contracted Covid-19 to the possibility that he has a vascular disease and/or is undergoing dialysis and is taking blood thinners.

“As neither McConnell nor any of his representatives have publicly commented on his condition, a definitive answer is not yet available.”