The Guardian
Share on FacebookShare Share on TwitterTweet
Austin Riley sparked a four-run outburst, and the Braves opened their first National League Championship Series since 2001 with a 5-1 win over the Dodgers 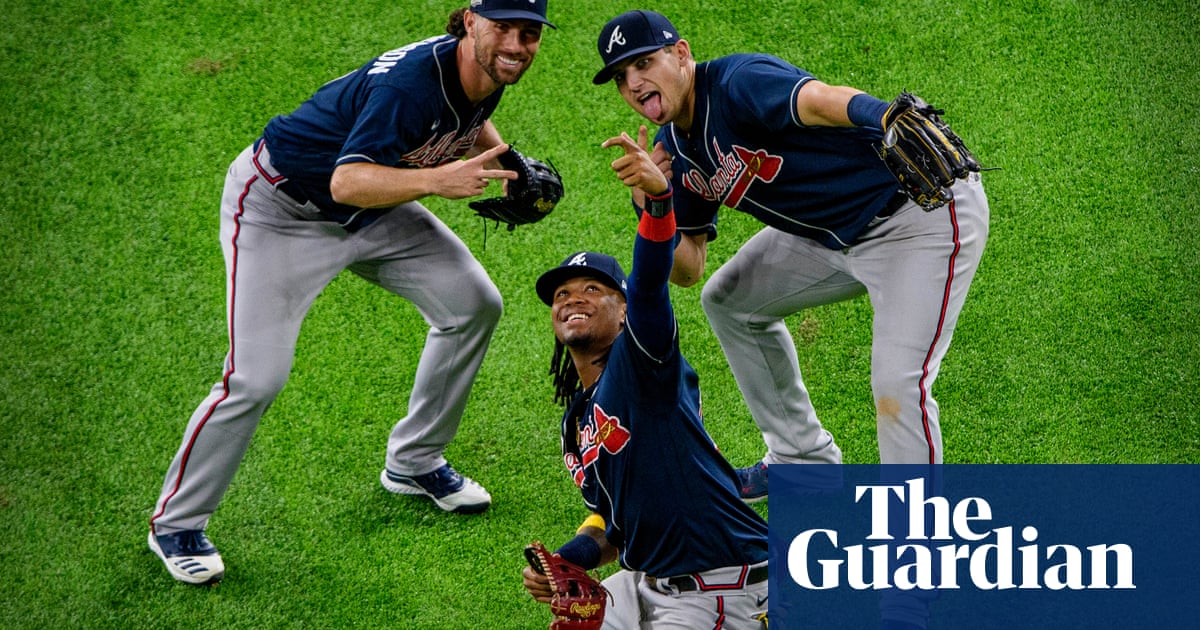 Austin Riley led off the ninth inning with a tiebreaking homer that sparked a four-run outburst, and the Atlanta Braves opened their first National League Championship Series since 2001 with a 5-1 win over the Los Angeles Dodgers on Monday night.

Riley, the No9 batter in the Braves lineup, hit a 448-drive to left-center off Blake Treinen, who had just entered the game, drawing a loud reaction and some tomahawk-chop chants from the first fans allowed to attend a major league game this season.

The Braves weren’t done after Riley’s homer made it 2-1. Ronald Acuna Jr followed with a double and scored on a single by Marcell Ozuna that chased Treinen before Ozzie Albies’ two-run homer off Jake McGee.

In a matchup of teams that ranked 1-2 in the majors during the regular season for both runs and homers, and in the first NLCS opener since 2007 with both teams undefeated in the postseason, the Braves had another impressive pitching performance even without a shutout.

Will Smith, the third Braves pitcher, worked a perfect eighth before Mark Melancon closed it out. Atlanta has allowed a total of six runs while winning all six of its playoff games.

Before the ninth, the only runs had been a pair of solo homers. Freddie Freeman went deep for Atlanta in the first and Kike Hernandez led off the Dodgers fifth with a homer.

It was the first time since 12 March, the day spring training was suspended because of the coronavirus, there were fans in the stands for an MLB game.

All 10,700 tickets available to the general public were sold, in addition to another 800 or so utilized by the league and teams. That was about 28% of the 40,518 capacity at the new Texas Rangers ballpark where the retractable roof was open for the first NLCS game played at a neutral site.

Meanwhile in the AL Championship Series, Manuel Margot hit a three-run home run one batter after a crucial Houston error and made a spectacular catch in right field in his former home ballpark, and the Tampa Bay Rays beat the Astros 4-2.

Margot homered off Lance McCullers Jr with two outs in the first inning. An inning later, he tracked George Springer’s long foul ball to right field while shielding his face from the sun and caught it as he tumbled over a padded railing atop a wall and landed on a walkway near the seats down the line at Petco Park.

Margot popped up and held up his glove with the ball in it after a 102-foot sprint. That ended the inning, stranding two runners.