DraftKings Nation
Share on FacebookShare Share on TwitterTweet
We’ve got quick recaps on all five games for the preseason opening night schedule on Friday, December 11th. 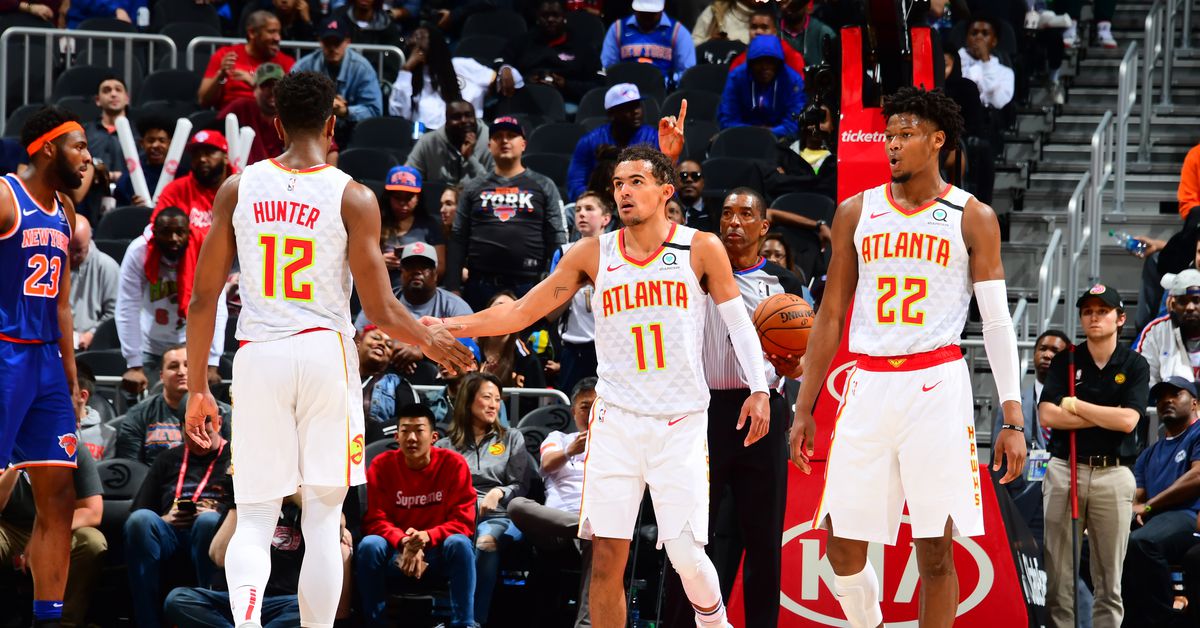 The NBA kicked off the preseason schedule on Friday, December 11th with five games. Two games you could find on TV with the Houston Rockets and Chicago Bulls facing off at 8:00 p.m. on NBA TV. The Portland Trail Blazers host the Sacramento Kings at 10:30 p.m. on ESPN. The Los Angeles Clippers and Los Angeles Lakers are also both in action Friday night. Here we’re going to give a quick recap for each game with some top performances on both sides, plus some takeaways.

The Magic and Hawks got us started on opening night for preseason with an exciting back-and-forth matchup. Atlanta still can’t play defense, though Orlando showed some chops on offense. Nikola Vucevic led the way for the Magic with 18 points and 11 rebounds with 4 assists in 25 minutes. Rookie Cole Anthony played 20 minutes in his Magic debut, scoring 7 points with 3 assists.

Trae Young struggled for the Hawks, finishing with 7 points, 6 assists and 6 turnovers in 22 minutes. He went 0-for-2 from beyond the arc. DeAndre Hunter led Atlanta in scoring with 18 points, while newcomers Danilo Gallinari and Bogdan Bogdanovic combined for 23 points (Gallo had 14). Rajon Rondo, Kris Dunn and rookie Onyeka Okongwu did not play for the Hawks.

The New York Knicks are back! Just kidding, it’s only preseason! There were some encouraging signs for the Knicks in their first game under coach Tom Thibodeau. For one, the Knicks played well defensively. The other bright spot was the play of RJ Barrett and Obi Toppin.

The Pistons made a bunch of moves in the offseason that made people confused. The Pistons went with a three PF starting lineup that did not work out. Blake Griffin looks washed. He scored just 9 points with 7 boards and 5 assists in 22 minutes, going 3-of-11 from the field. Rookie Killian Hayes had more turnovers than points in his first NBA action (7 to 5). Other rookie Saddiq Bey had a decent game with 14 points for Detroit, which could be one of the worst teams in the NBA this season.

It was the team debut for two new coaches and one of them went well. The other, not so well. Stephen Silas picked up his first unofficial win with the Rockets. Billy Donovan’s tenure with the Bulls got off to a rough start in a blowout loss. It’s just preseason, but this was pretty telling.

John Wall and DeMarcus Cousins played well in their Houston debuts. Wall had 13 points, 9 assists and 5 rebounds. Boogie finished with 14 points and 5 boards in just 15 minutes. For the Bulls, nobody really played well. Coby White scored a team-leading 15 points. Rookie Patrick Williams had a decent showing with 12 points and 3 rebounds in 25 minutes for Chicago. James Harden did not play for the Rockets.

Montrezl Harrell scored a double-double with 13 points and 12 rebounds against his former team and the Los Angeles Lakers got a 87-81 win over the Los Angeles Clippers in the preseason opener on Friday night in Los Angeles. Harrell, who signed with the Lakers in free agency and leaving the Clips, played 31 minutes in his first action with his new team. LeBron James and Anthony Davis did not play for the Lakers.

Along with Harrell, Dennis Schroder made his Lakers debut and scored 10 points with 6 turnovers in 24 minutes. It wasn’t as inspiring a debut as Harrell’s but there’s time for Schroder to pick it up in the next week or so before the season. The biggest surprise of the night came from Talen Horton-Tucker, who scored a team-high 19 points for the Lakers, also adding 9 rebounds, 4 assists and 3 steals.

The Clippers had a much larger rotation with 18 players seeing the court in the preseason opener. Among them was Kawhi Leonard, who had a modest 3 points in 14 minutes. Paul George fresh off his max contract extension scored 10 points in 14 minutes. The Clippers box score will make you dizzy, so I suggest taking a look before making any hot takes about their first game of the season.