Sporting News AU
Share on FacebookShare Share on TwitterTweet
The NBA pre-season got underway with 10 teams in action. The Lakers new additions impressed in their first outing, while John Wall and DeMarcus Cousins made their return to the court after lengthy layoffs. We've got you covered with all the action from Da 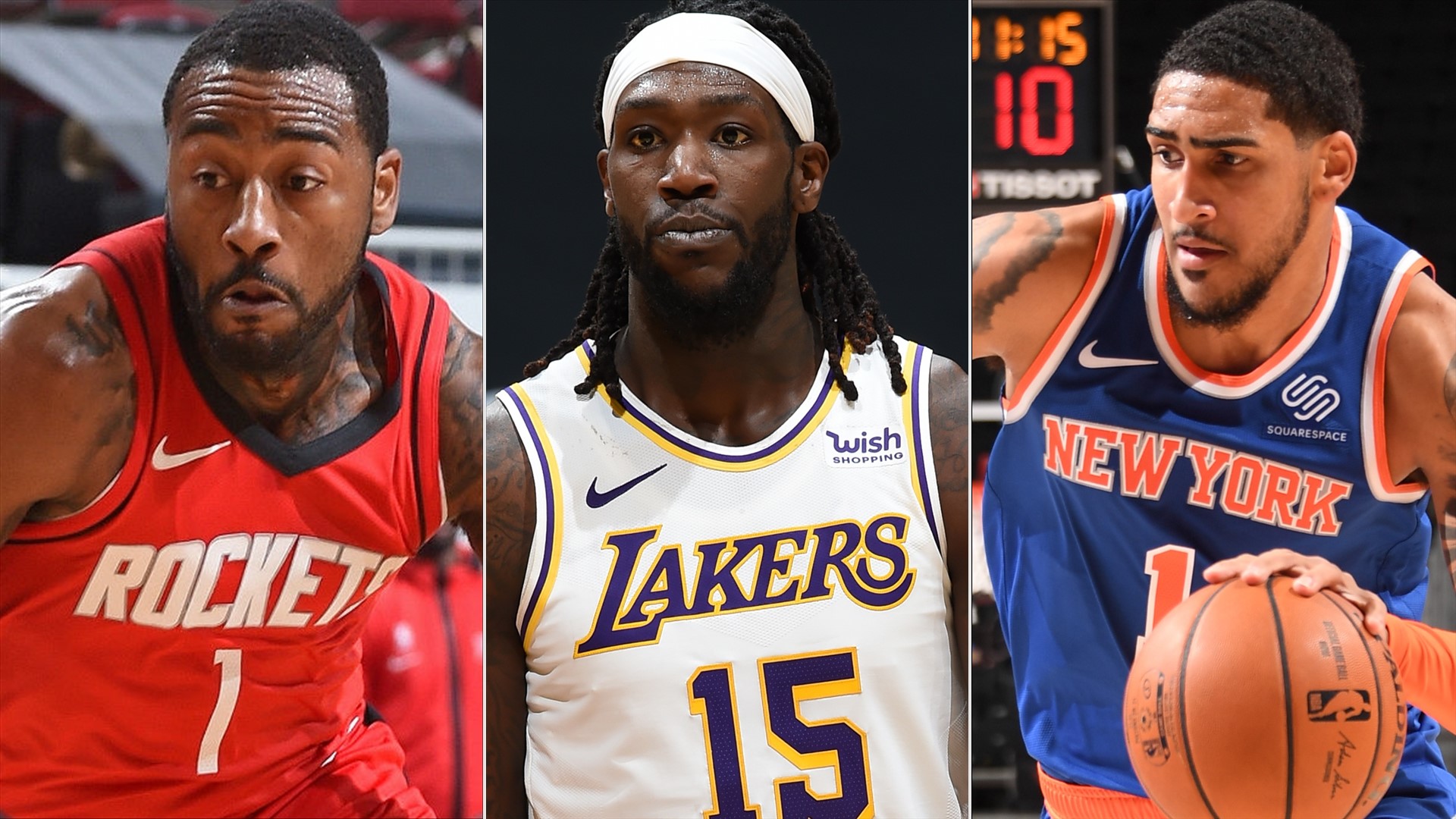 The NBA is officially back as pre-season got underway today with 10 teams in action.

From John Wall and DeMarcus Cousins making their debut for the Houston Rockets to rookies Obi Toppin, Killian Hayes, and Cole Anthony suiting up for their first games, there was plenty of action on Day 1 of NBA pre-season and we've got you covered with the biggest storylines of the day.

The New York Knicks got their pre-season off to a strong start, securing a 90-84 win over the Detroit Pistons, but it was rookie Obi Toppin who stole the headlines.

The No. 8 pick in the 2020 NBA Draft showed plenty of energy and athleticism in the frontcourt taking on defenders and attacking the rim with confidence.

In just 20 minutes on court, Toppin recorded 11 points, seven rebounds, and a block on 4-of-9 shooting from the field.

After a quiet first half, shooting 2-of-10 from the field, sophomore guard RJ Barrett came to life after the break, shooting 5-of-6 to finish with a game-high 15 points, five rebounds, and two assists.

It took just one game of pre-season to remember exactly why Trae Young and the Hawks will be must-watch TV this season.

Young left Nikola Vuceivc bamboozled as he threaded the ball between his legs to Clint Capela for the easy bucket.

Bacon right at home in Orlando

Free-agent signing Dwayne Bacon made a fast start in his first game for the Orlando Magic, with a dynamic first quarter performance en route to their 116-112 win over the Atlanta Hawks.

The Lakeland-native and FSU alum, made his first five shots, scoring 11 of his 14 points in the first quarter.

After limited opportunities in his first three seasons in Charlotte, Bacon has a chance to earn solid rotation minutes under Steve Clifford.

Meanwhile, rookie guard Cole Anthony showed exactly why he was such a highly-touted recruit, giving the Magic a playmaker who can create his own shot off the dribble.

Anthony got to the rim, knocked down jumpers, and showed an aggressiveness desperately needed in the Magic backcourt.

While James Harden undergoes coronavirus testing protocols, the Rockets got their first look at their new-look squad, namely the two big additions of John Wall and DeMarcus Cousins, who made their return to the court after lengthy injury layoffs.

The Kentucky combo looked good in their first outing together, with Wall showing bursts of athleticism and speed off the dribble, fresh off an Achilles injury, and two seasons on the sidelines.

The Rockets took a flyer on Cousins in the off-season and Wall's physical health was uncertain, but after one game, the pair look like they could be on their way back to their best this season.

With his first game in the purple and gold coming against his former team, the LA Clippers, Montrezl Harrell impressed in his first outing for the Lakers.

The reigning Sixth Man of the Year brought his trademark energy and hustle, finishing with 13 points, 12 rebounds, two assists, and two steals in 31 minutes on court.

Second-year swingman Talen Horton-Tucker made the most of his start, leading the Lakers with 19 points, nine rebounds, and four assists, while Kyle Kuzma added 18 points in the 87-81 win over their local rivals.

While the Lakers reinforced their bench in the off-season, Tucker could well earn some solid rotation minutes with the second unit.

The views on this page do not necessarily reflect the views of the NBA or its clubs.