Forbes
Share on FacebookShare Share on TwitterTweet
Nintendo's new Nintendo Switch OLED model has a better, bigger screen and a handful of other changes. Here's everything you need to know. 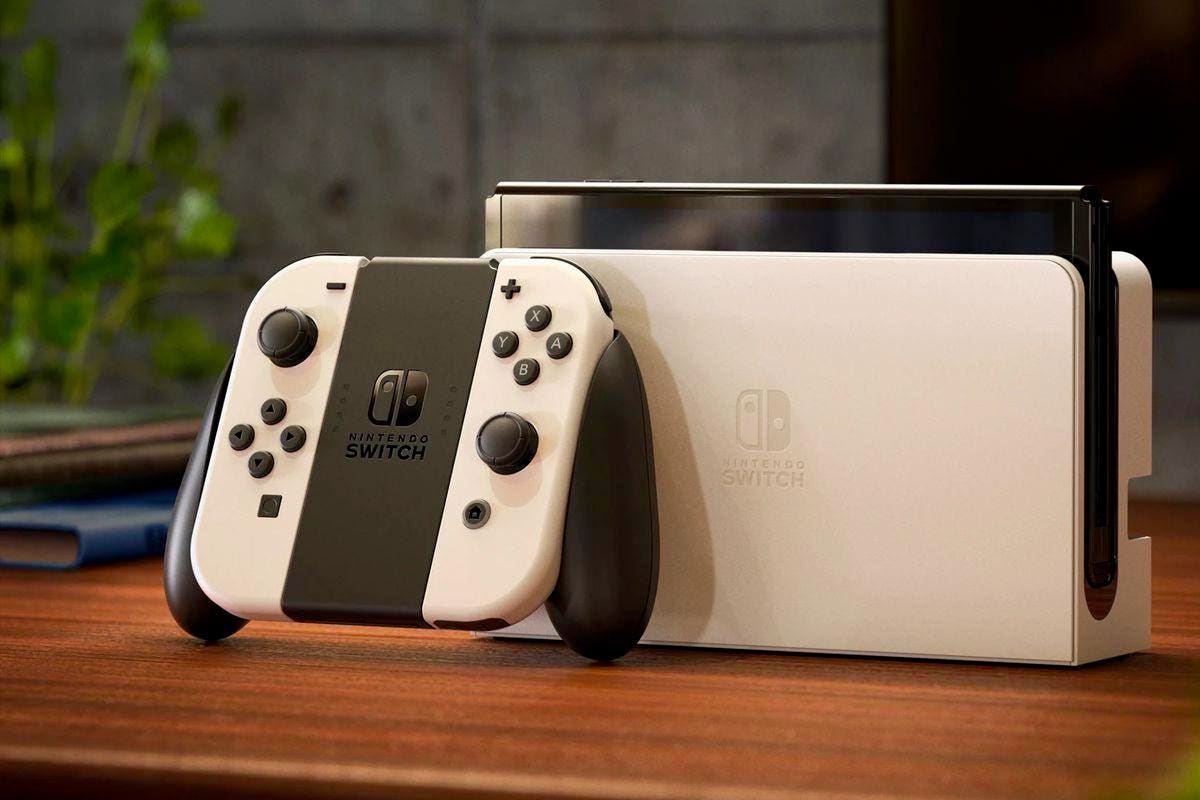 Here’s everything you need to know about the new hybrid Nintendo console.

Meet The New Switch, Same as the Old Switch (Mostly)

First and foremost, this is not a Nintendo Switch Pro. It won’t play games with higher frame-rates or graphical fidelity. There is no 4K mode. All the stuff we were hoping to see in a Pro model? Sorry, none of that is happening beyond the nicer screen. That might be disappointing to some—I know I’m a bit disappointed—but the screen really does sound like a pretty major improvement.

Okay, tell me about the screen.

Sure. The new OLED screen is going to make games look better. For one thing, it’s 7 inches (instead of 6.2”) from corner-to-corner, adding valuable screen real estate in handheld mode. That’s where this slightly-larger Switch is really going to shine.

What makes OLED screens so great is the contrast. Every single pixel can turn off or on individually, which means blacks are much darker and images appear much more vivid as a result. I have an LG OLED TV and it’s gorgeous. Many people now have OLED screens on their mobile devices now as well. The OLED screen will bring the Nintendo Switch into the modern era...mostly. Just not if you want 4K or 60 frames-per-second.

Is the OLED screen the only difference?

Funny you should ask! The answer is “No!” but the other improvements are fairly minor and break down into three categories:

The Nintendo Switch OLED vastly improves the design of the tabletop-mode stand which was pretty flimsy in the original model. Here’s a pic:

That’s a major improvement and should make tabletop mode much more viable. Not sure how much people actually use that mode, but with a larger screen and a better stand it’s at least more viable.

Finally, for TV mode—with the Switch OLED docked and hooked up via HDMI to a TV—there’s now a LAN port so that you can hardwire your Switch to the internet instead of relying on WiFi only. That’s great for competitive online games and for anyone with shoddy WiFi.

Oh, and here are the specs:

As you can see, the screen is bigger and there’s a LAN input and it weights just a tiny bit more, but mostly it’s the same machine. Mostly.

Right, this all sounds cool but what about the price?

If you can even find one of these at launch—and I wouldn’t get your hopes up—the MSRP is $349.99. Of course we live in a very silly timeline and scalpers have super-powered AI bots to do their bidding, so I’m sure we’ll see these sell for way more than MSRP. Don’t buy into that crap.

My recommendation? Hold out and wait for the price to return to normal.

No, of course not. A fool and his money are soon parted, as the saying goes, but if you want to drop $500 on one of these instead of waiting a few months go for it. I wouldn’t advise it but when have you ever listened to me in the first place?

I have another question.

Yeah okay, that’s what I’m here for. Ask away.

That’s a great question, you’re very smart to ask it.

No seriously, it really is a very smart question. Unfortunately, I don’t have an answer for you. Joy-Con drift continues to plague Switch consoles everywhere and it’s super frustrating. Even the Nintendo Switch Lite, which doesn’t have detachable Joy-Con controllers, suffers from drift. My guess is that the OLED version doesn’t fix the problem, especially since it’s compatible with previous Joy-Cons. But I want to believe.

I also want to believe.

Well we can believe together and then later we can suffer together when our hopes are crushed and our dreams are dashed. Any other questions?

Will it come in new colors?

You may be so bold.

Thank you, that’s very kind of you.

I mean, I agree it’s very sexy. For a video game console.

I have another question.

What about a Nintendo Switch Lite OLED model?

Nintendo hasn’t announced one but it’s basically a no-brainer at this point so I would count on it—probably in 2022 or maybe even by the holiday season. I imagine it would feature a slightly bigger screen than the current model with “vivid colors and crisp contrast.”

That’s also pretty sexy. When you talk about vivid colors and crisp contrast, I mean.

Ha, thanks. Anything else?

That about does it. I guess I just need to know the release date.

Sure, no problem. The Nintendo Switch OLED Model with its vivid colors and crisp contrast will release on October 8th alongside Metroid Dread, the first 2D Metroid game in nearly 20 years.

Okay, stop it, that just makes me feel old.

Remember how much fun the original NES was?

Okay we’re getting way off topic here, but sure that was a great video game console. My very first game console actually. If that’s all the questions—

—I was just seeing how old you really were—

Now if that’s all the questions I think it’s time we ended this post. It’s gone on long enough and then some. If you do want to know more about the Switch OLED I made a video about it which you can watch below. Enjoy!