Sporting News AU
Share on FacebookShare Share on TwitterTweet
South Sydney Rabbitohs head coach Wayne Bennett has revealed the major difference between his side and the Penrith Panthers in their heartbreaking preliminary final loss on Saturday night. 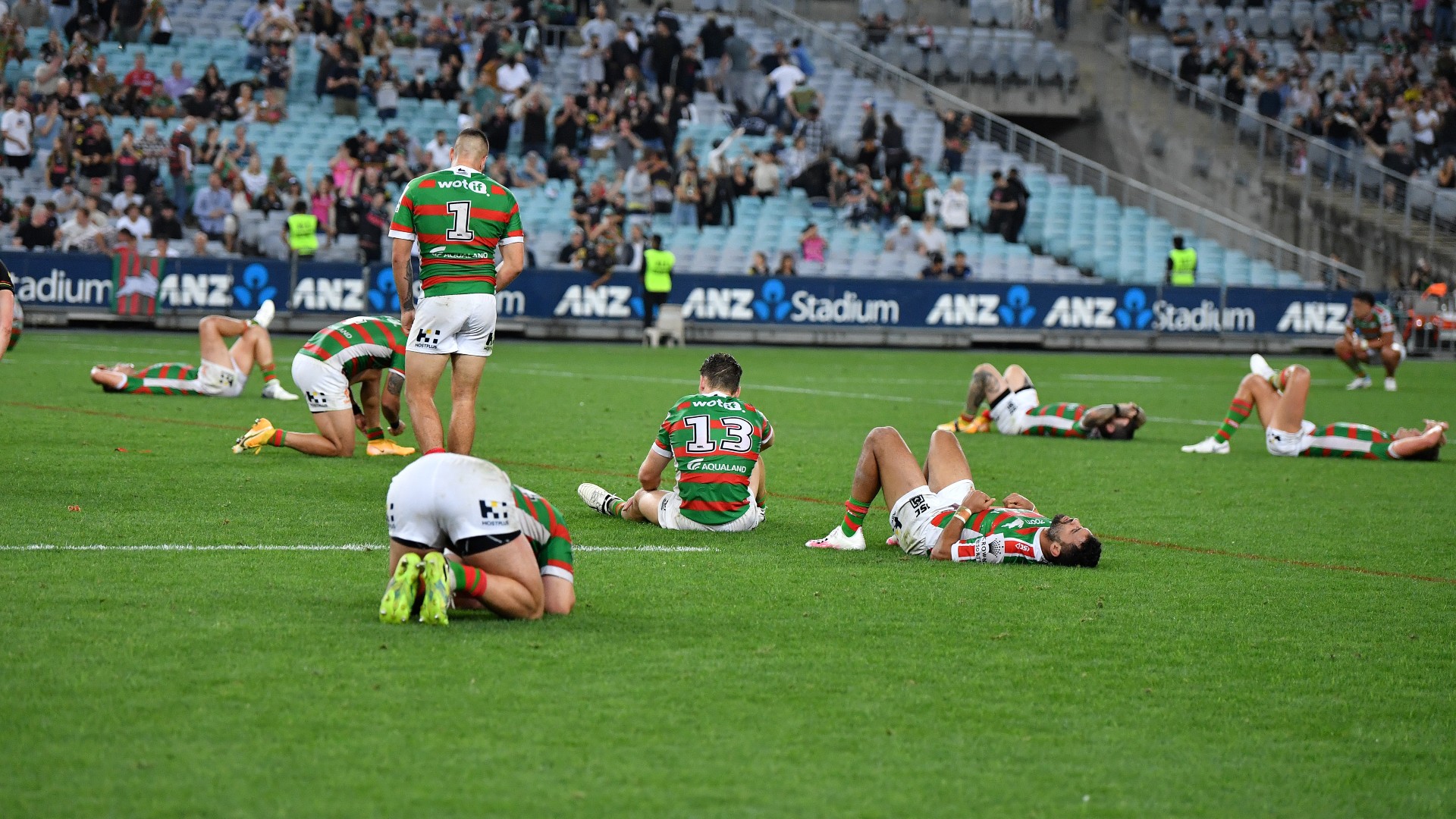 South Sydney Rabbitohs head coach Wayne Bennett has revealed the major difference between his side and the Penrith Panthers in their heartbreaking preliminary final loss on Saturday night.

The red and green went down 20-16 at ANZ Stadium in front of a crowd of over 30,000 people, and were battered and bruised in the lead-up and throughout the game.

Campbell Graham was ruled out during the week, while Latrell Mitchell, James Roberts and Ethan Lowe had been missing in action for quite some time.

South Sydney then lost Junior Tatola and Bayley Sironen in the first half, reducing them to 15 men as the minor premiers proved too strong.

“It all has its impact. We have overcome so much this year with injuries. We’ve got on with it and made no excuses about them," Bennett said in the post-game press conference.

"Ethan Lowe is retired now. We’ve lost James Roberts for the season. Braidon Burns, Latrell, Campbell Graham tonight. Jed Cartwright did a great job out there tonight, I couldn’t have asked more of him.

"We just kept patching the team up and getting on with life.

“Yeah I am (proud). I just told them that in the changeroom. I thought their effort was outstanding. We could have executed a bit better, but you can always do those things better.

"I’ve never been able to fault their effort since I have been with them. They always try their best, and sometimes their best isn’t good enough."

The news of Lowe's retirement is heartbreaking, with the back-rower playing State of Origin just last year, before suffering a serious neck injury earlier this year.

Souths made 12 errors while the Panthers made 13 in a scrappy but entertaining affair, where two missed goals from Adam Reynolds proved to be the difference in the end.

Bennett pointed out the lack of time off for his players, as well as a failure to diffuse kicks, as the major differences in the contest.

“There is also the benefit of the week off. That is what you see them doing in the first half. It took them until 7-8 minutes before half-time before they came back to our speed," he said.

"The benefit of the week off is huge – it gives you fresh legs, enthusiasm and all the things you need out there. That is what you saw in Brisbane last night and what you saw here.

“The game wanted the week off but the television didn’t. I knew then and I think Trent Robinson was there as well, and we knew how tough the season was going to be without that week break.

"It makes such a difference – I hope we can get back next year where teams have at least a week off through the season.

“One of our Achilles’ heels has been diffusing kicks, and two of their tries come off kicks tonight. You always get found out in big games if you have weaknesses, and that was one we hadn’t got on top of throughout the year."

The Rabbitohs have now lost three prelim finals in a row, as well as back-to-back prelim final losses in 2012 and 2013.

Penrith will take on Melbourne next Sunday in the NRL Grand Final.