Scroll.in
Share on FacebookShare Share on TwitterTweet
The Italian legend, who won the Golden Boot award in 1982, died at 64 on Thursday. 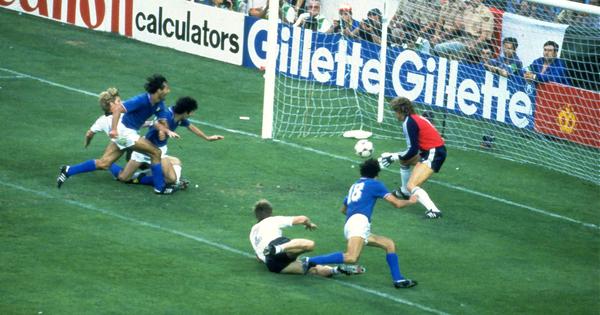 The 1982 World Cup in Brazil was supposed to be Brazil’s. But Paolo Rossi had other ideas.

The South American superstars, with Zico, Eder and Socrates in full flow, caught the eye in the early stages, while Italy limped into the second round with three highly uninspiring draws. Suddenly the Italians – and recalled striker Paolo Rossi – sparked to life, beating Brazil 3-2 to reach the semi-finals, where they defeated Poland 2-0.

Rossi’s predatory skills were too much for West Germany in the final, however. He opened the scoring in the second half, and the Italians won 3-1, matching Brazil’s achievement of winning three World Cups.

And after almost missing out on the tournament, Rossi won the hearts of Italian fans during the summer of 1982, when his goals dragged Enzo Bearzot’s Azzurri to a third world title.

Italy started the tournament with three uninspiring draws before they came to life and marched to the title. Rossi had been caught up in a bribery scandal and banned for three years in but after continually protesting his innocence was cleared to play after two.

A slight and sprightly winger who converted to centre-forward, Rossi had an uncanny ability to be in the right place at the right time. He exploded onto the stage of the 1982 tournament with a hat-trick in the 3-2 defeat of Brazil, his first international goals in three years for Italy.