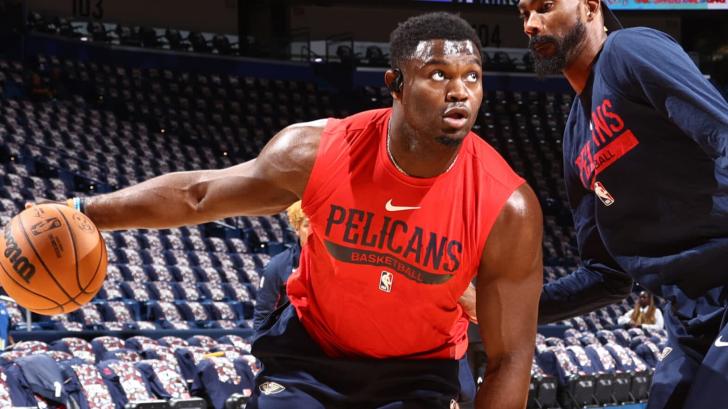 Zion Williamson is averaging 23.5 points, 6.4 rebounds and 3.9 assists this season with the Pelicans.

Zion Williamson is ACTIVE for tonight's matchup vs. Golden State.

Pelicans coach Willie Green said Williamson, who hasn’t played since Nov. 12, suffered the injury early in the fourth quarter of a 119-106 victory over Houston. Williamson finished that game with no apparent problems and led the Pelicans with 26 points. The superstar forward is averaging 23.5 points, 6.4 rebounds and 3.9 assists this season with New Orleans.