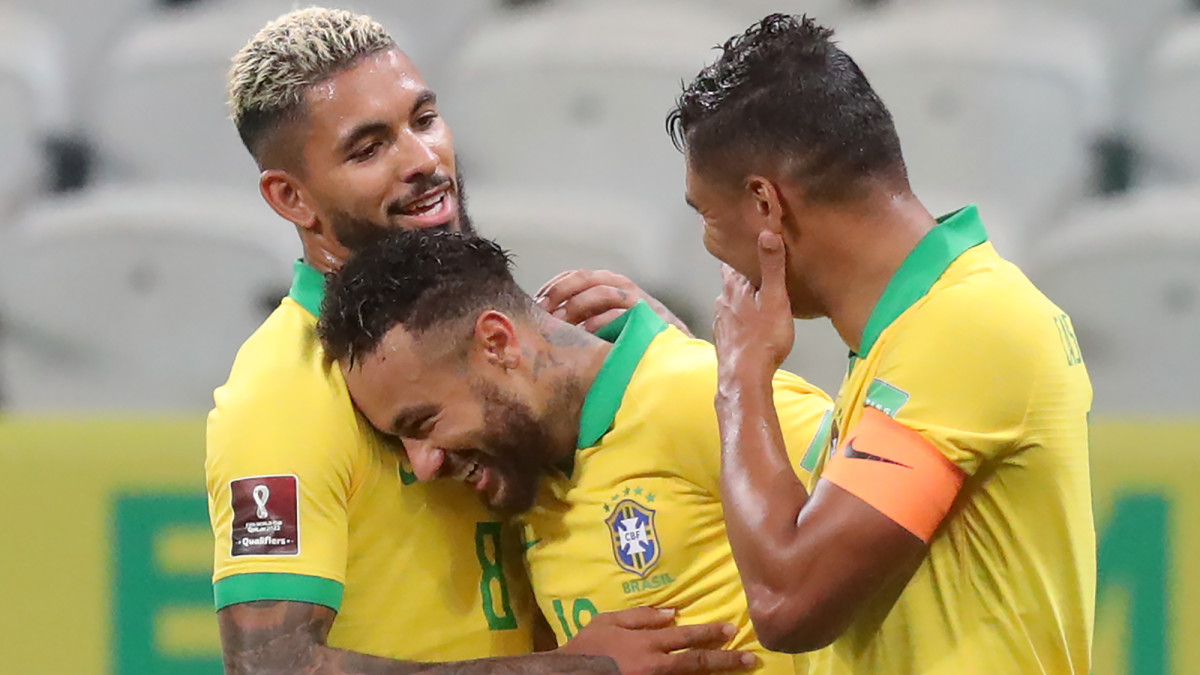 South America's World Cup qualifying campaign continues Tuesday night, with Peru and Brazil meeting in what is also a rematch of the 2019 Copa America final.

Brazil thrashed Bolivia 5-0 to open the 18-game marathon to qualify for the 2022 World Cup in Qatar, while Peru was held by Paraguay to a 2-2 draw. The top four teams in CONMEBOL's 10-team confederation automatically qualify for the World Cup, while the fifth-place team goes into an intercontinental playoff for another place in Qatar.

TV: None in USA

Live Stream: You can stream the match via Fanatiz, where each match is available for purchase. Sign up for a free trial here.

The coronavirus pandemic has influenced this match, with Peru's federation saying that two players have tested positive: Raul Ruidiaz and Alex Varela. The game will go on, though, with Peru hosting the five-time World Cup champions at the Estadio Nacional in Lima. In La Blanquirroja's opener vs. Paraguay, Andre Carrillo scored both of the national team's goals.

Brazil tops the qualifying table on goal differential, with its win over Bolivia coming rather easily. Roberto Firmino scored twice, with Marquinhos, Philippe Coutinho and an own goal accounting for the other three goals.

Brazil has an all-time record of 33-5-9 against Peru, though two of the losses have come in the last five meetings: one in the Copa America Centenario group stage (which prevented Brazil from advancing) and another in a September 2019 friendly.

The long qualifying campaign will continue next month, with Brazil due to play against Venezuela and Uruguay, while Peru will face Chile and Argentina.