The New York Times
Share on FacebookShare Share on TwitterTweet
Mexico beat Saudi Arabia, but gave up a goal in stoppage time and was eliminated on a tie-breaker. 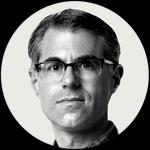 It was the last group-stage match for Argentina on Wednesday, which meant it could have been the last time Lionel Messi feinted defenders, slashed into an open channel and fooled a bemused goalkeeper at the World Cup while wearing the crest of his beloved nation. It is not the most appealing topic back home, but this is, apparently, Messi’s fifth and final World Cup, and whether he departs without holding aloft the tournament’s golden trophy will not detract from his legacy as one of the best ever to play — but it could leave him hollow and searching.

Messi’s World Cup will continue for another game at least, and very possibly more. Argentina has, with every game, revealed itself a formidable contender, swatting away an opening loss to Saudi Arabia to beat Mexico and then thwart Poland on Wednesday in a 2-0 victory before a pulsating legion of fans at Stadium 974.

The win secured La Albiceleste’s passage into the knockout stage atop Group C, granting it a meeting in the round of 16 with Australia. Now, that might seem welcoming, but remember: Barely 10 days ago, Argentina capsized against Saudi Arabia, amplifying a nation's insecurities and Messi’s own history of international disappointment. Remember the 2014 World Cup, when Argentina lost the final in extra time to Germany? He does.

But he rescued Argentina by scoring a second-half goal against Mexico, and on Tuesday against Poland he emerged as a focal point in the attack, hooking passes and probing for space and being, as ever, an elite nuisance. He had a penalty saved, which is both surprising and not, given his prodigious skill; according to the Transfermarkt website, he has missed more than 30 penalties in his career, more than any other major player in the 21st century.

Though it may not always seem that way, there are other players on Argentina, and two of them — Alexis Mac Allister and Julián Álvarez — delivered second-half goals to ensure that Wednesday’s match was not a valedictory for any and all of them.