Remembering Pop Smoke, a Rapper Who Brought Brooklyn to the World

The New York Times
Share on FacebookShare Share on TwitterTweet
The 20-year-old was killed in a home invasion in Los Angeles, days after his latest album debuted in Billboard’s Top 10. 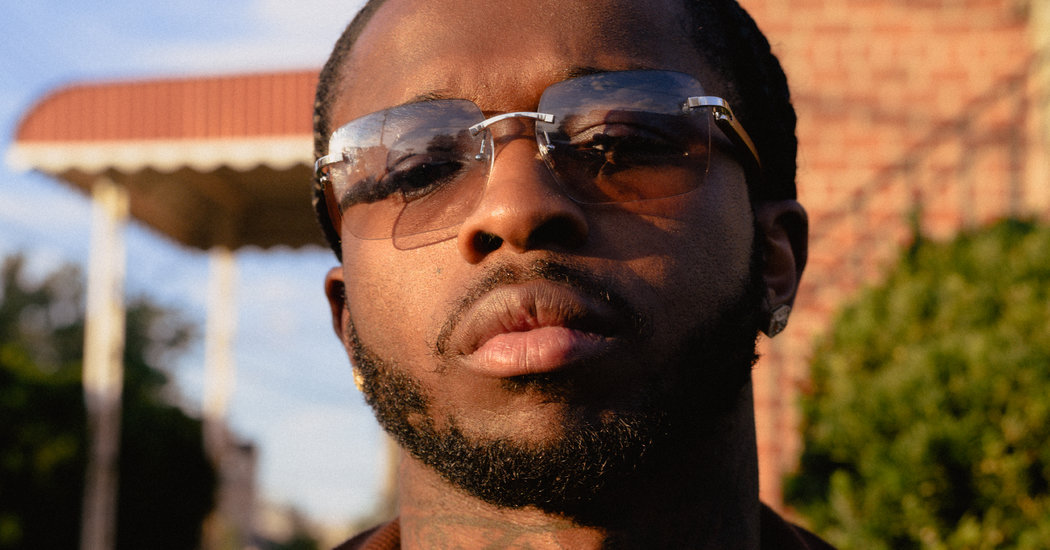 Last summer, there was no escaping “Welcome to the Party,” Pop Smoke’s breakout single. It was a terrific kind of claustrophobia. The beat is tense and ornery, and Pop Smoke, with a voice as soothing as industrial machinery, was a lordly narrator of impending mayhem. Rattling car windows, the song was a reminder of how New York hip-hop once sounded, and dominated. Booming out of nightclub speakers, it was an incitement to dance-floor insurrection.

“Welcome to the Party” was the anchor of Pop Smoke’s debut album, “Meet the Woo,” but the real emotional core was “PTSD.” On an album full of tossed-off threats and rowdy bluster, a soundtrack for rumbles in dark basements, here was a song about the cost of all that conflict. “My PTSD starting to kick in so I gotta get high,” he rapped, before detailing all the things he needed to escape from. On other songs, he sounded ready for war; on this one, he sounded like he’d just come home from one: “I spent 20 on my wrist and 20 on a chain/I be spoiling myself so I can ease the pain.”

And yet there is no ease to be found.

Pop Smoke, who was killed at the age of 20 early Wednesday morning at a home in Los Angeles, was at that ascendant place in his career just after local renown bubbles up into something bigger and more promising. The place where new opportunities compete for space with old tensions. He’d just released his second album, “Meet the Woo, Vol. 2,” which debuted at No. 7 on the Billboard album chart, and he was evolving from the most charismatic figure in the Brooklyn drill scene — one of the most vibrant in hip-hop right now — into a genuine breakout star, not bound by place or style.

It’s been some time since Brooklyn has had a genuine hip-hop prospect, certainly one who channeled the bruising energy of the 1990s. Melodists have run the genre for a decade now; Pop Smoke — with a voice that recalled Lloyd Banks and DMX — punched through that sweetness like a sneering heavyweight. In the wake of his success, other aspirants from the scene — Smoove L, Fivio Foreign, Sheff G — were beginning to draw wider notice. And Pop Smoke found himself spending more time outside of Brooklyn, a beloved new character getting a taste of how life looked from the Hollywood Hills.

Part of the cruel logic of sudden fame is that it presents unanticipated hazards. Pop Smoke was killed in an apparent home invasion robbery; in the hours following his death, internet sleuths made plain how easy it was to track where he was staying in Los Angeles based on social media posts. Those posts were intended to be totems of triumph, emblems of the new life that his music was affording him. They also may have been a road map.

“Where we come from, it ain’t sweet,” Pop Smoke told me, when I interviewed him last summer, about growing up in Canarsie, where gang life was omnipresent. He detailed a youth shaped by ambient dread about what may lay just around the corner. “I had a gun in school. I had guns in church,” he said. “People was trying to kill me.”

His motivation, he said, came from the opportunity to provide some semblance of hope to children who “got to carry their guns to school because it ain’t safe, but they still got to make sure they get they diploma ’cause they mom could be happy. I do it for them. That’s me.”

When I spent time with him and his friends last summer, just as Pop Smoke was beginning to gain real attention outside of his neighborhood, there was still an air of wariness that hung over them. When they were approached in SoHo by an aggressive fan, everyone stiffened up just a bit while sizing up the potential threat. While driving out to Canarsie from Manhattan, he and his team drove quickly and defensively, speeding past other cars on the Brooklyn-Queens Expressway.

But Pop Smoke also was basking in the attention. When clerks in a clothing store put on his music, he grinned wildly and talked to them like friends. When some teens in an Uber spotted him and began waving frantically, he rolled down the window and gave them a nod. And back in Canarsie, he sauntered around a crowded basketball tournament like a returning prince, swaddled by love.

His ascent was not without hiccups, particularly in regards to law enforcement. In October, he was scheduled to perform at Rolling Loud in Queens — the first local iteration of the important hip-hop festival series. But the New York Police Department prevented him and a handful of other local acts from taking the stage, saying they “have been affiliated with recent acts of violence citywide.” D.J.s at the festival that weekend spun Pop Smoke’s music heavily in symbolic protest, to rapturous crowd response. Last weekend, he was advertised on the bill for a concert in Brooklyn that was celebrating the drill scene. But while other acts performed, Pop Smoke did not.

That disruption at home seemingly only fueled his ascent everywhere else. Last month, he attended Paris Fashion Week, sitting front row at Off-White, and was photographed alongside the designer Virgil Abloh. He recently completed his first movie role, as a charismatic basketball-playing hooligan, in Eddie Huang’s forthcoming film “Boogie.”

Even as he began to expand his musical approach on “Meet the Woo, Vol. 2,” Pop Smoke was indisputably himself, his sandpaper voice and stop-start flow immediately identifiable. He became an avatar of hip-hop’s turn from the polished back to the rugged. In recent months, he had collaborated with Nicki Minaj, Travis Scott, H.E.R., Quavo and more, exporting the particularities of Brooklyn’s sound and importing others into it.

Often, charisma is the Trojan horse that carries new sounds, styles or ideas into the mainstream. Pop Smoke, with a quick smile matched with cool menace, was a perfect ambassador. But he was hungry for what success had in store for him, the places it might take him. “I like learning new things and experiencing new things,” he said. “You can’t stay the same.”