The Athletic
Share on FacebookShare Share on TwitterTweet
Portugal left it late to overcome Hungary, with Raphael Guerreiro and Cristiano Ronaldo both scoring in the final six minutes to give their side a 3-0... 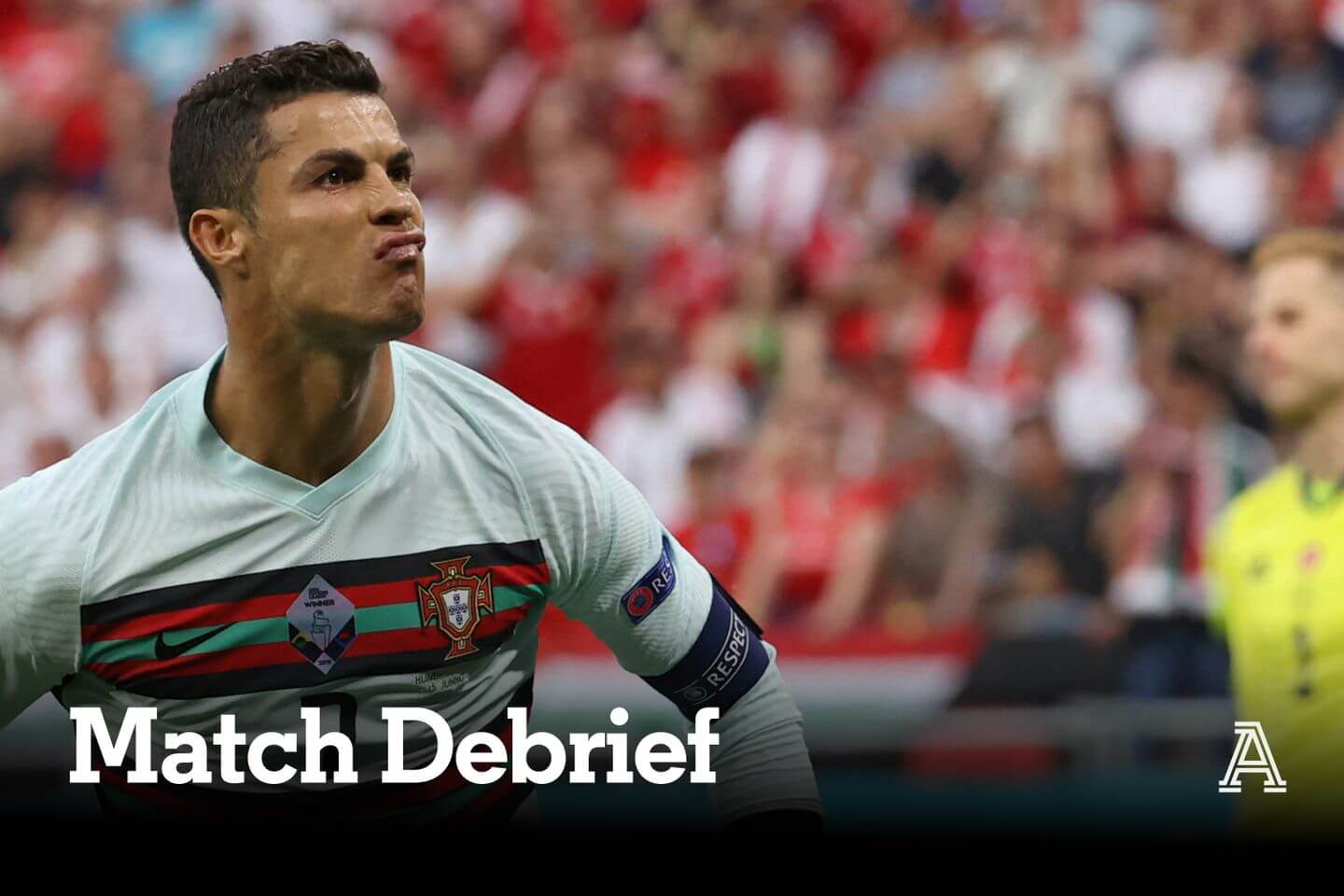 When the ball left Guerreiro’s boot in the 84th minute, it seemed a routine shot for Gulacsi in the Hungary goal.

A cruel deflection off of Orban, however, saw Guerreiro’s weak shot divert to the other side of the goal as the RB Leipzig goalkeeper was left flat-footed and could only watch as Portugal finally broke the deadlock.

Player of the match

Although Ronaldo scored a late double to secure the win, Pepe’s performance in the Portugese defence was admirable.

The veteran defender was not called upon often, but when he had to avert danger he did so with the vervre of a much younger man and proved why he is still relied upon by his country at the age of 38.

What does this mean?

Despite a shaky performance, Portugal are now on the front foot in Group F. With games against France and Germany to come, Portugal needed to win this match to put a marker down in the group and they did so.

Now, they head into two daunting fixtures off the back of a win and know that the onus will be on their opponents to strike.

Hungary will be buoyed by their defensive efforts for 84 minutes, at least, but know they will have to show greater attacking impetus in order to have any chance of overcoming Germany or France.

“The important thing was to win,” said Ronaldo after the match. “It was a difficult game, against an opponent who defended very well, but we scored three goals, and I am very grateful to the team for helping me to score two goals and being the Star of the Match.”

Santos added: “The Hungarians were strong and tall in front of their gates, so our passes were ineffective, so we needed sharper passes and more movement.

“We played better in the first half, we played football more nervously in the second, yet that’s when we found our way.”

With his double, Ronaldo is now the top scorer in European Championship history with 11 goals, overtaking Michel Platini’s record of nine, all of which he scored in the 1984 competition.

Hungary will return to the Puskas Arena when they take on France, while Portugal head to Munich where they will face Germany.

Both fixtures are on Saturday, June 19.