Epstein ‘slave’ felt she was being ‘graded’ after sex with Prince Andrew, documentary claims

The Sun
Share on FacebookShare Share on TwitterTweet
A SEX trafficking victim of Jeffrey Epstein has said she felt like she was being “graded” after she had sex with Prince Andrew. Virginia Robert’s allegation formed part of a new documen…

A SEX trafficking victim of Jeffrey Epstein has said she felt like she was being "graded" after she had sex with Prince Andrew.

Virginia Robert’s allegation formed part of a new documentary about the friendship between the disgraced paedophile financier and the Duke of York.

Epstein hanged himself in jail in August while awaiting trial for child sex trafficking.

Andrew has always denied any wrongdoing during his friendship with the financier, which began after the two met in 1999.

According to Channel 4’s Dispatches documentary The Prince And the Paedophile, Ms Roberts was brought to London by Epstein in 2001, when she was 17, and met the Prince at a house in Belgravia.

Ms Roberts said she was excited to meet a real Prince and wanted a picture taken of her and Andrew together to send back to her family back in the United States.

So she handed her own camera to Epstein, who took an infamous photo of Andrew with his hand around her.

She alleges that moments after the photo was taken, she and the Prince went into a bedroom and bathroom, where they had sex.

Ms Roberts, who also uses her married surname Guiffre, alleges she is the victim of sex trafficking and was abused by Epstein from when she was 16.

According to a sworn testimony unearthed by the documentary she said Epstein told her the next day: “You did well, the Prince had fun.”

She said: “I felt like I was being graded. It was horrible”.

Ms Roberts said she had sex three times with the Prince - the others being at Epstein's house in Manhattan and at his the last of which private Caribbean island Little St James.

She said at the time: "Epstein, Andy, approximately eight other young girls and I had sex together.

"The other girls all seemed and appeared to be under the age of 18 and didn’t really speak English.

"Epstein laughed about the fact they couldn’t really communicate, saying that they are the ‘easiest’ girls to get along with.”

As a result of being "physically abused" at Epstein’s sex parties, Ms Roberts was admitted to hospital with internal bleeding.

She battled her injuries for weeks before she sought help at New York's Presbyterian Hospital and records seen by Dispatches show that she was admitted there on July 9 2001.

The programme also revealed that then Business Secretary Peter Mandelson phoned Epstein, who was in jail for sex offences at the time, to ask for help setting up a meeting with the boss of JP Morgan bank.

Buckingham Palace has strenuously denied claims that Andrew had any form of sexual contact or relationship with Virginia. 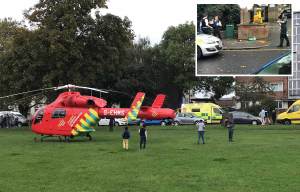 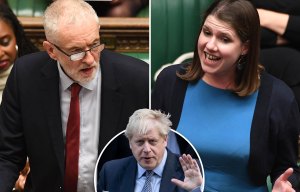 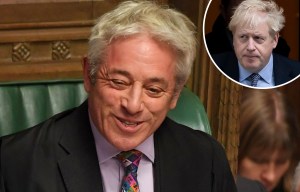 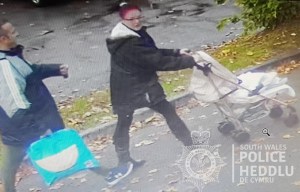 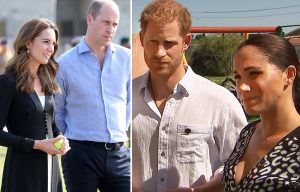 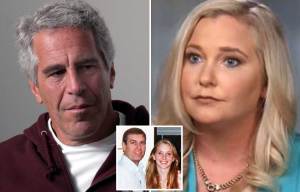 “Any suggestion of impropriety with underage minors is categorically untrue,” a spokesman for Buckingham Palace said.

“It is emphatically denied that the Duke of York had any form of sexual contact or relationship with Virginia Roberts (Giuffre).

“Any claim to the contrary is false and without foundation.”