Sydney Morning Herald
Share on FacebookShare Share on TwitterTweet
Racing Victoria chiefs hope to find out later on Thursday whether or not the sport can resume on Friday. 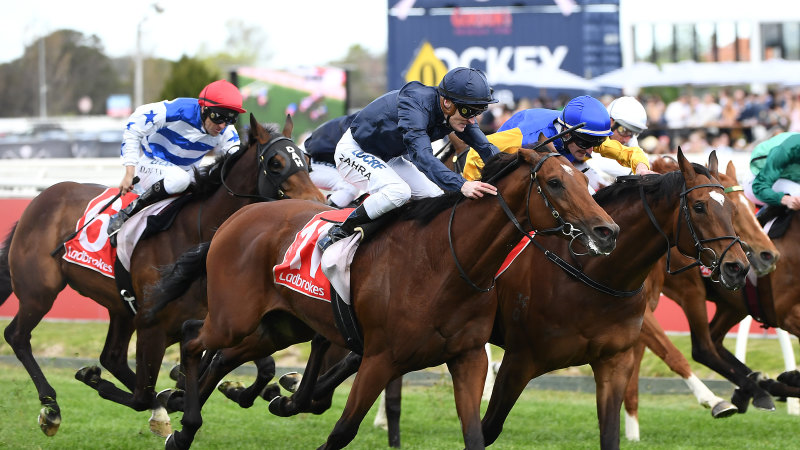 Thursday's meetings at Kilmore and Pakenham were called off while the result of Zahra's test is awaited.

If it comes back negative, RV will look for racing to resume at Warrnambool on Friday afternoon and Pakenham on Friday evening.

In the meantime, RV asked all licensed flat jockeys not to ride at trackwork on Thursday and self isolate until further notice - essentially until Zahra result comes through.

"We are hopeful of an answer today [but] it can't be guaranteed," RV chief executive Giles Thompson told RSN on Thursday morning.

"We are hopeful this is a low-risk position with Mark ...

Thompson said that it could be quicker to get results in NSW because private facilities were allowed to conduct tests there, whereas in Victoria they went into a central lab system and were dealt with in turn.

He said discussions had taken place as to whether it might be possible to set up racing at an isolated centre, where horses and human participants - jockeys, trainers, strappers, TV crews, stewards were in lockdown.

Other states have implemented a geographical style of lockdown, he explained, but he stressed that in Victoria this wasn't close to happening and that the "complexity of such a plan was enormous".

Thompson said RV was trying to work out whether a variation - with people being locked down at home once they had worked at the temporary circuit during the day - was feasible, but stressed that such an initiative was "a long way away".

He said getting the number of horses required to race and establishing a self-contained quarantine area would be a huge challenge.

"You can lock away 400 horses, but how many race meetings are you going to get out of that even if you could successfully do it? In the thoroughbred world not that many.

"This is a long way away. It's a huge challenge ... it's not imminent by any stretch."