Sportstar
Share on FacebookShare Share on TwitterTweet
Chris Gayle scored a brilliant half-century on his IPL return when his Kings XI Punjab side took on Royal Challengers Bangalore in Sharjah on Thursday. 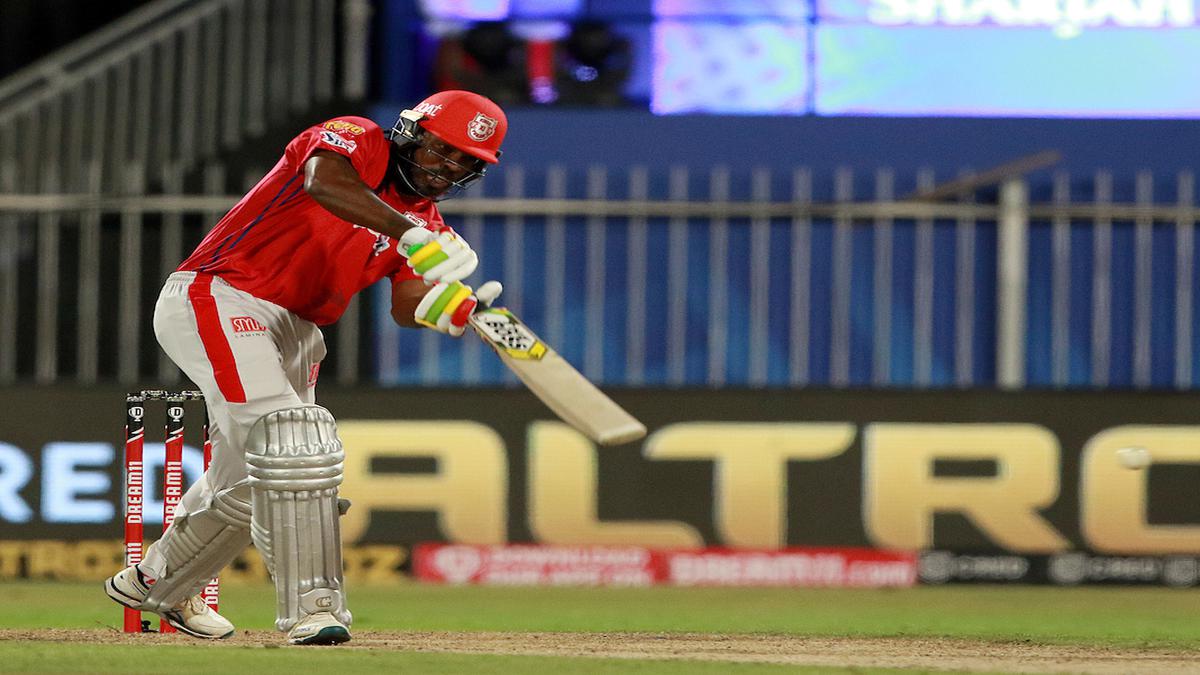 With KXIP chasing 172 for the win, the West Indies superstar didn't bat in his usual opening lot. He came in only after the departure on Mayank Agarwal, when the score read 78/1 after eight overs.

Gayle started the innings slowly, scoring just seven runs from the first 15 balls he faced. He then slammed two sixes off Washington Sundar's third over, the 13th of the KXIP chase.

In the very next over bowled by Chris Morris, Gayle was given out LBW. However, after consulting his skipper K. L. Rahul, he went for the review and successfully overturned the decision.

The 41-year-old 'Universe Boss' then safely negotiated Navdeep Saini's final over, before striking a four and two sixes off Mohammed Siraj.

When Sundar returned in the 17th over, Gayle pummeled him for two more sixes to reach his 29th IPL half-century. He has six hundreds in the tournament, and is the leading six-hitter as well, with 331 to his name.