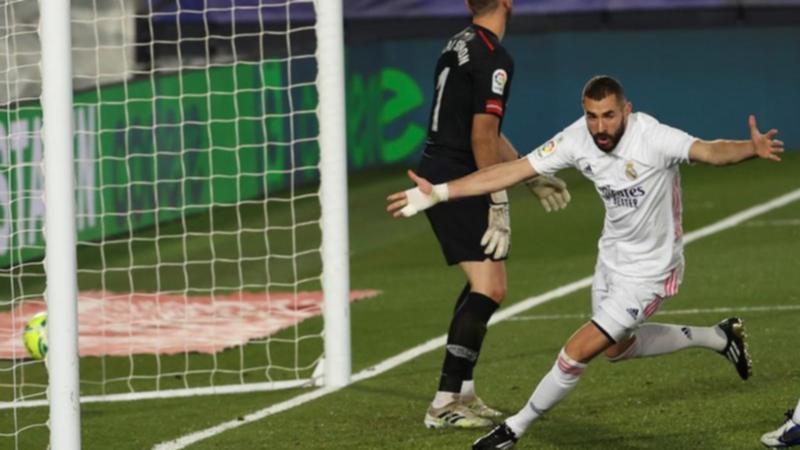 The result lifted Zinedine Zidane's side level on points with leaders Real Sociedad and second-placed Atletico Madrid - although Los Rojiblancos have two games in hand.

Raul Garcia received a yellow card for a foul on Kroos after just eight minutes and the Bilbao midfielder repeated the offence seven minutes later.

The second challenge was more clumsy than malicious but both were worthy of cautions and he was sent off to leave his side a man down from the 13th minute.

Madrid struggled to make the numerical advantage count in the first half and felt hard done by after they weren't awarded a penalty after an apparent Ander Capa handball.

However, the breakthrough came right before the break when Kroos connected brilliantly with a Vinicius Junior pull-back to strike the ball with power and precision past keeper Unai Simon.

His first shot was saved by Thibaut Courtois but he scored from the the rebound.

After Courtois brilliantly saved Mikel Vesga's effort, French striker Benzema then drilled in his second for the game in stoppage time to seal the points.