Bollywood choreographer and director Remo D'Souza was hospitalized after he suffered a heart attack. He was admitted to the ICU of Kokilaben Dhirubhai Ambani hospital in Mumbai, where he had undergone angiography. On Saturday, speaking to the media his wife Lizelle D’Souza said that the ABCD director 'is doing much better now.'

“He is fine now, much better.” On the question of being discharged, she said, “They will decide tomorrow, ”Lizelle told Indian express.

Thanking God for Remo's recovery, actress Nora Fatehi said, “Thank god you are recovering! You gave us a scare! Our prayers are with you and ur family sir! So glad to hear u are safe! Lets stay positive please pray for the entire family @remodsouza @lizelleremodsouza” 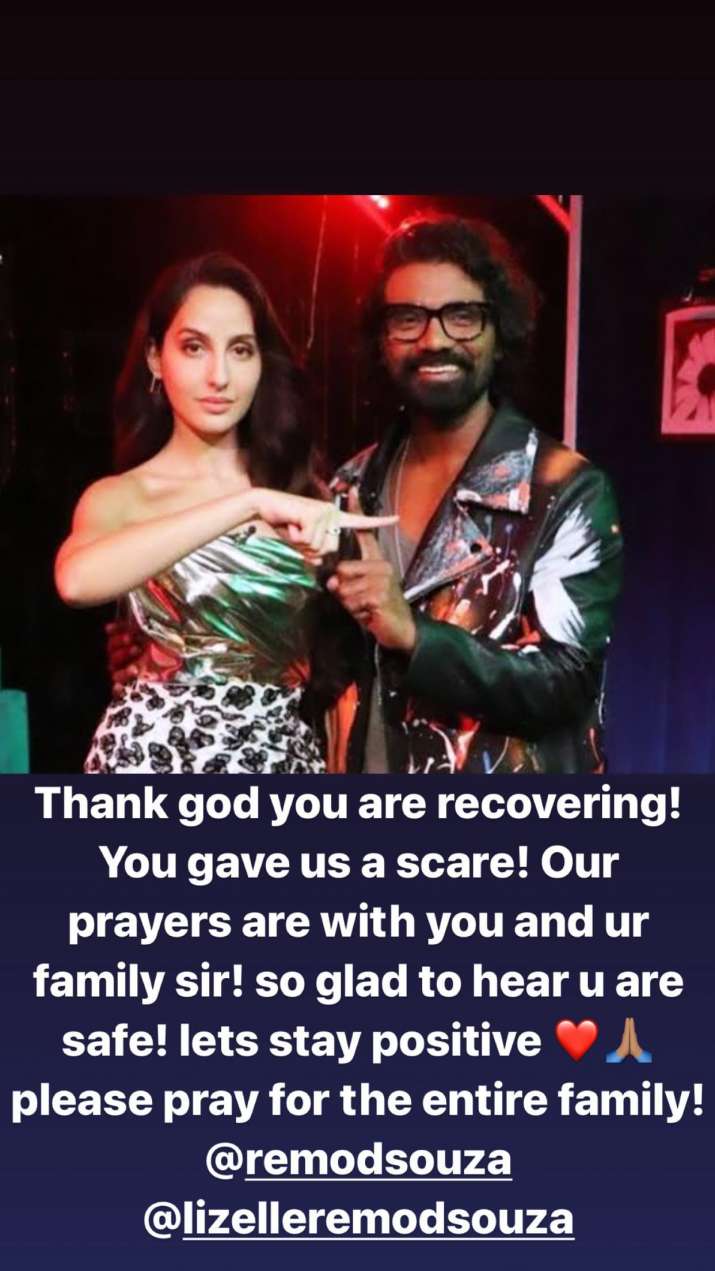 Choreographer Geeta Kapur wrote, “Lots of love … abundance of prayers for ur safe and speedy recovery my dearest darling @remodsouza … chotte jaldi theek hoke phirse pareshaan karne ka mauka dena … love u … stay blessed and get well soon on behalf of not only me but all those also who love u but can’t reach u directly. stay strong @lizelleremodsouza”

Giving Jhadu Ki Jhappi (Tight hug), Choreographer Terrence Lewis shared a post on Instagram, saying “And very soon we will be rolling on the floor just like the old times ! They say a prayer in good faith, can move mountains! Say a special little prayer for my friend, @remodsouza tonite cause Love, Faith & Will is all we need! Bounce back brother kyunki bahut machane hai abhi ! #powerofbelief #jhadukijhappi #dost”

On the professional front, Remo D'Souza last directed the dance film 'Street Dancer 3D'. The movie starred Varun Dhawan and Shraddha Kapoor in lead roles. Remo has directed films like 'Race 3', 'A Flying Jatt', 'ABCD 2'. He began his career in the movie industry as a background dancer. He has received the award for 'Best Choreography' for Bajirao Mastani's 'Deewani Mastani' at 63rd National Film Awards.