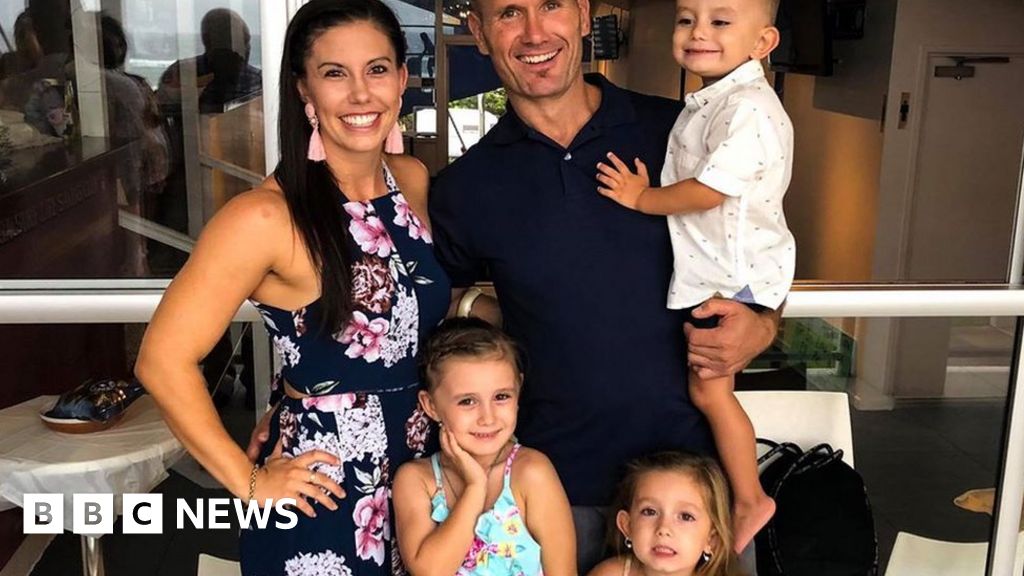 An ex-rugby league player, his wife and their three children have died after a car fire in the Australian city of Brisbane.

Rowan Baxter and the children, all under 10, were found dead at the scene by emergency responders, police said.

His wife, Hannah Baxter, aged 31, died later in hospital from extensive burns. She had reportedly jumped from the car yelling: "He's poured petrol on me".

Police are investigating how the fire started.

"How the fire actually occurred has not been ascertained at the moment so for us to call it a murder-suicide or a tragic accident, it's inappropriate at this stage," Detective Inspector Mark Thompson said.

"I've seen some horrific scenes - this is up there with some of the best of them."

Police were first called to the scene in Camp Hill area in the east of Brisbane at 08:30 local time on Wednesday (21:30 GMT on Tuesday).

They found the couple's three children Laianah, Aaliyah and Trey - aged between six and three - dead inside the car.

Emergency crews tried to revive Rowan Baxter, 42, but he was declared dead.

Australian media report that he was found close to the car with a self-inflicted stab wound.

He had been in the front passenger seat and Hannah Baxter had been driving the car, police said.

The pair had reportedly separated late last year, and were trying to work out custody arrangements.

Residents told Australian media they had seen Mrs Baxter jump out of the car while she was on fire.

She was taken to the Royal Brisbane and Women's Hospital in a critical condition, police said. But she was confirmed to have died later on Wednesday.

Paramedics said they had also treated a passerby, who had "tried his best to get to the car". He had suffered some "facial burning" and also been taken to hospital, a Queensland Ambulance spokesman said.

Rowan Baxter formerly played for the New Zealand Warriors rugby league team in Auckland and had also been running a gym called Integr8 with his wife in Capalaba to the east of Brisbane.

The gym's website describes her as "an enthusiastic, passionate mother of three" and a trampolining champion who represented Queensland for four consecutive years and also achieved international medals.

Queensland's Police Minister Mark Ryan told parliament about the "horrific incident", saying: "My thoughts are with all of those affected by this terrible tragedy.

Devastating news out of Camp Hill. My heart goes out to the families and community going through this tragic time and the emergency responders confronting what would be a shattering scene. If you or anyone you know needs support, call Lifeline on 13 11 14. https://t.co/qJDieLMRiN

Prime Minister Scott Morrison said his "heart goes out to the families and community going through this tragic time and the emergency responders confronting what would be a shattering scene".

Federal MP Terri Butler said she was "horrified and devastated" by the incident.

If you are in Australia and affected by this story you can contact Lifeline on 13 11 14 or Beyond Blue on 1300 224 636. In the UK, these organisations may be able to help while information and support is also available from BBC Action Line