DAZN News US
Share on FacebookShare Share on TwitterTweet
Ahead of his exhibition fight with former world heavyweight champion Mike Tyson, Roy Jones Jr. has said he would be happy to die in the ring. 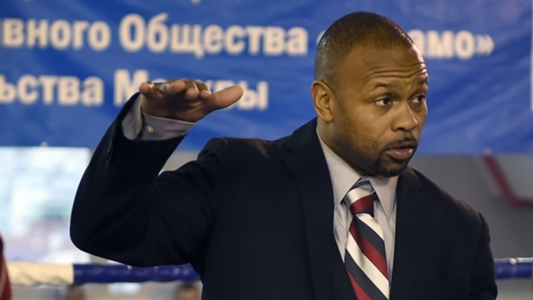 Ahead of his exhibition fight with former world heavyweight champion Mike Tyson, Roy Jones Jr. has said he would be happy to die in the ring.

Roy Jones Jr. claimed he is ready to die in his forthcoming fight with former heavyweight champion Mike Tyson.

The pair are set to fight in an exhibition fight in November which sees Tyson make his first appearance in the ring for 15 years. Despite that absence, Jones Jr. is wary of the threat his opponent poses.

The 51-year-old fighter appeared on the Joe Rogan Experience podcast to discuss his upcoming fight and acknowledged that Tyson appears to have maintained the power which saw him twice become a heavyweight world boxing champion.

"You get hit by Mike Tyson, anything can happen to you," Jones admitted.

"Mike Tyson is not just an ordinary puncher. I love boxing, so if I've gotta die boxing I'm gonna die a happy man. There are other ways I'd rather go, but if I went that way I'm not mad at that."

Jones Jr. told Rogan that despite the pair’s long boxing careers, the pair were never lined up for a bout until next month’s exhibition was proposed.

"I would have fought Mike Tyson,” Jones said. "He was the youngest heavyweight champ of all time. To me, he was one of the most explosive, entertaining guys you’d want to see. Because you never know what he’s going to do, and it’s the same reason I’m going in right now.

"Nobody ever saw me going to heavyweight back then. By the time I did, he was already on his way out. He had already departed the heavyweight division."