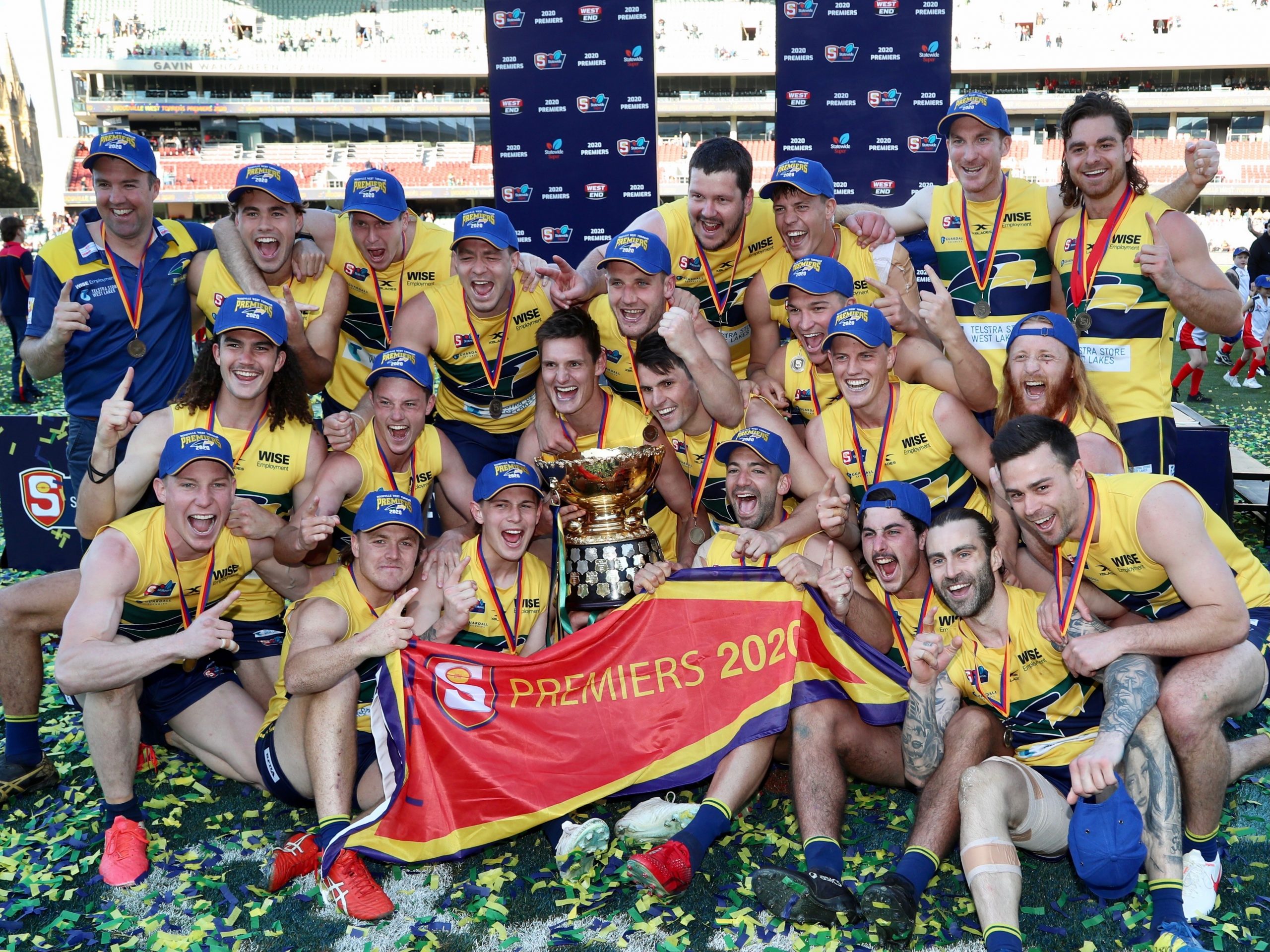 Despite trailing the fast-starting Roosters by 15 points at quarter-time, the Eagles produced a match-turning nine-goal burst to engineer a 50-point turnaround en route to a 35-point lead at the main change.

With Jack Oatey Medallist Jordan Foote booting three of his four goals in the second stanza, the Eagles piled on 9.2 to North’s 1.0 to nudge West Adelaide’s Grand Final record of 10 majors in the second term of the 1983 title-decider.

Overcoming a fumbly start, Jade Sheedy’s men were simply irresistible during the match-defining period as they also won the clearances 15-5 and tellingly, the inside 50s by 23 to 2 in setting up the club’s fourth premiership.

Veteran Eagle Matt Goldsworthy got things moving after the first change with a lovely finish on the run from 45m before Foote booted his second after marking a snap from teammate Sam Rowland.

North’s lead pushed back out to nine points when Kym Lebois nailed his 25m set shot after taking a chest mark from Keenan Ramsey’s neat pass inside 50m.

But then two goals in as many minutes from fiery Eagle Angus Poole pushed his team in front for the first time 13 minutes into the second quarter.

It sparked the start of an unanswered run of seven Woodville-West Torrens goals until North Adelaide’s Alex Barns converted his overhead mark eight minutes into the third quarter.

There was plenty to cheer about for the hardened Eagles fans including an eye-catching solo run from impressive first-year midfielder Lachie McNeil, who took two bounces before finishing truly while Foote booted a further two to have his four at the major break.

And it’s fair to say the cup looked headed to Oval Avenue when Ken Farmer Medallist James Rowe put his hands in the air to celebrate as soon as his snap shot left his boot 30 minutes into the lengthy second quarter.

The Eagles continued to dictate terms after half-time, intelligently soaking up precious minutes by retaining possession which ended up being in their favour by a sizeable 83 disposals at the final siren.

Foote, last year’s Eagles Club Champion, had plenty of assistance through the midfield after quarter-time as Jimmy Toumpas (30 disposals, 10 marks and three clearances) ran hard while McNeil tallied 23 disposals and nine marks to go with his impressive second-term major.

Defender Sam Rowland did a tremendous job keeping North dangerman Lewis Hender under wraps while collecting 22 disposals while the Hayes brothers and Joseph Sinor were also determined to play in their first League premiership with strong performances.

Young defensive trio Lachie Jones, Jacob Wehr and Rhyan Mansell stood tall while delivering the ball nicely as captain Luke Thompson and his former co-skipper Pat Giuffreda were also steady presences in the back half.

North’s Harrison Wigg started the game very strongly in the first term before finishing with 29 disposals and eight tackles while inclusion Billy Hartung also began the game brightly before chalking up 23 disposals and six marks.

Vice-captain Andrew Moore battled hard in the centre square to have 25 disposals, six tackles and six clearances but there was very little else positive for the Roosters, who were denied their 15th SANFL premiership.