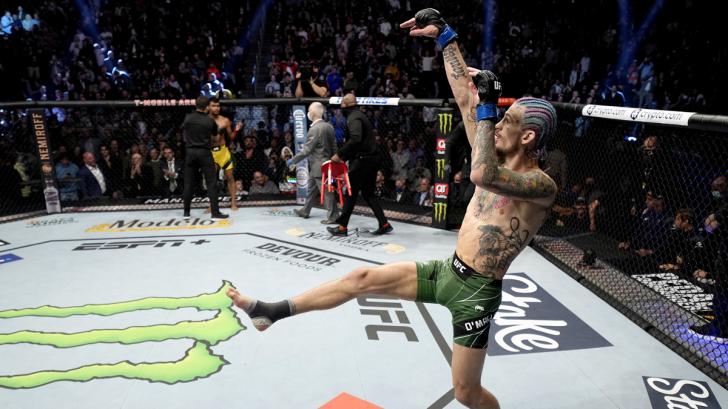 The Sean O’Malley Show returns to Las Vegas when the bantamweight kicks off Saturday’s UFC 276 main card on pay-per-view.

The colorful contender faces hard-hitting veteran Pedro Munhoz, who’s tangled with the elite of the 135-pound division during his nearly decade-long run in the UFC.

Will youth or experience rule on Saturday? Let’s jump into the matchup.

On Saturday the polarizing “Sugar” Sean faces his toughest test in the form of Munhoz, who is taking a step down in competition relative to his recent run of opponents.

That said, O’Malley is highly dynamic and a taller and longer fighter (5-inch edge in height, 7-inch edge in reach). And while Munhoz is typically at a reach discrepancy in his matchups, these fighters will appear to be from different weight classes once they enter the Octagon on Saturday.

Still, Munhoz’s primary skill (leg kicks) has been O’Malley’s kryptonite. O’Malley got dropped from a leg kick and subsequently finished in his first career loss against “Chito” Vera after breaking his foot in a win over Andre Soukhamthath.

O’Malley fires straight punches in bunches, and he should be able to keep the range with his reach advantage and teep kicks. However, Munhoz will look to land hard low kicks and try to shut down O’Malley’s lead leg and force him to switch stances continually.

Munhoz is a highly durable fighter (never finished in 27-career bouts), and he may be able to walk through O’Malley’s punches since “Sugar” generally records stoppages more through attritional-based damage than sitting down on any individual punch.

In addition to the reach advantage, O’Malley should have a relatively significant speed advantage. His movement and footwork around the Octagon will prove advantageous if Munhoz tries to walk him down.

Additionally, while Munhoz has faced high-level competition, he appears to be showing signs of regression in his late 30s, now that he has surpassed the average age for the 135-pound division. And while he does have several submission wins on his record, Munhoz has averaged just 0.57 takedowns per 15 minutes in UFC — and hasn’t completed a takedown since 2018.

Unless Munhoz can hammer O’Malley with leg kicks — and similarly stop him like Vera — I expect O’Malley to get the better of the striking exchanges with his substantial reach advantage and to win the vast majority of minutes.

Despite Munhoz’s durability, however, O’Malley’s decision line is higher than his KO/TKO prop or inside the prop. I feel that’s a product of his finish rate in the UFC (stoppages in five of six wins) and a lack of respect for his upcoming opponent.

I projected O’Malley’s decision line at +177, and I would bet that down to +193, at a 2% edge. Elsewhere, the pricing in this fight looks about right, and I wouldn’t necessarily include O’Malley in parlays.

How would you rate this article?