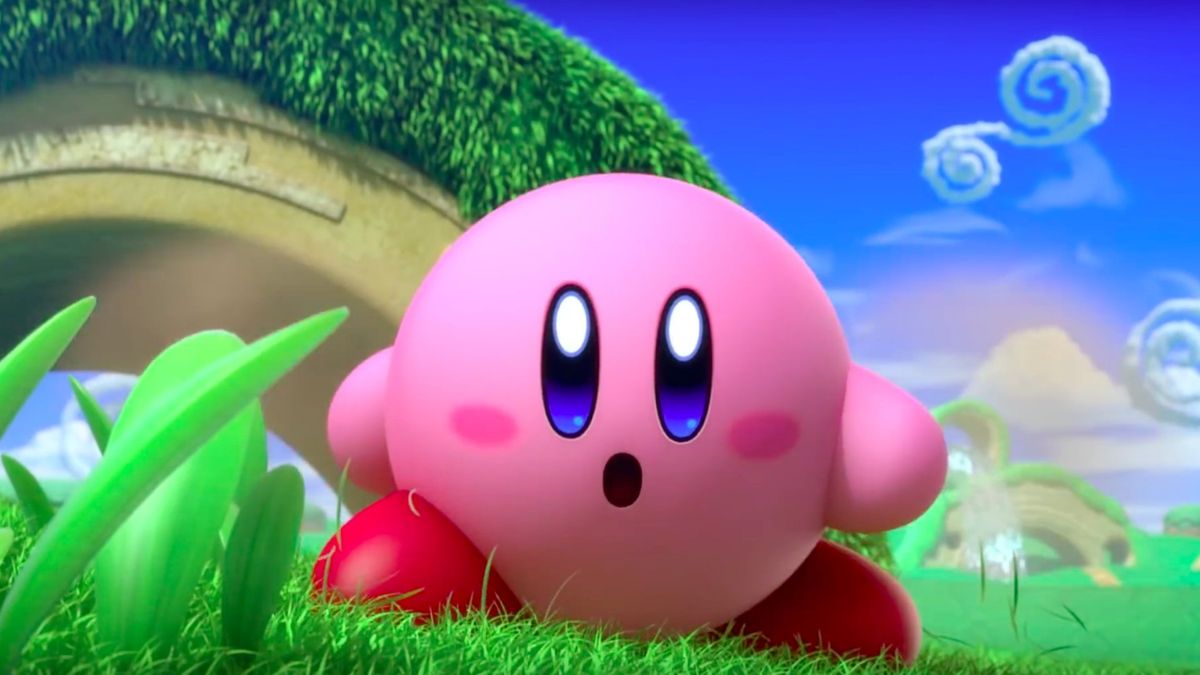 With Sephiroth being unveiled for Super Smash Bros. Ultimate just last night, there's one question on everyone's lips: what would Kirby look like if he inhaled Sephiroth?

As we all know, the adorable pink blob can take on the form of things he inhales, so he literally is what he eats. Good thing artists around the world are incredibly quick at drawing, providing us with an idea of what Kirby would look like in Super Smash Bros. Ultimate if he were to inhale Sephiroth.

In short: Kirby's got a big honkin' sword, and he's most definitely not afraid to use it. I do wonder if Kirby will get Sephiroth's fantastic hair when he swallows the Final Fantasy 7 villain whole. The pink blob usually gets other character's head gear, like Terry Bogard's hat, when he swallows them, so it'd make sense for Kirby to take on Sephiroth's luscious locks.

It's hard to really imagine Kirby looking angry, but what's what the artist above and below have managed to pull off. It'd be pretty weird either way if Kirby remains his usual bubbly self or takes on Sephiroth's hateful guise.

You can check out the full reveal trailer for Sephiroth in Super Smash Bros. Ultimate just below, which sees the villain descending from the heavens to rain chaos upon the world. So, exactly what he does in Final Fantasy 7, then.

Right now, there's no concrete release date for Sephiroth in Super Smash Bros. Ultimate. We only know that the Final Fantasy 7 villain will be the third character joining the game as part of Fighter Pass 2, and we can pretty safely assume that game director Masahiro Sakurai will be giving us a full rundown of the character in one of his traditional deep dive videos.

So far, Fighter Pass 2 has included Min Min from Arms, and Steve from Minecraft. The duo and Sephiroth join an extensive roster for Super Smash Bros. Ultimate, the likes of which include Joker of Persona 5, Byleth from Fire Emblem: Three Houses, and others in the first Fighter Pass.

For our complete tier list of the best characters to play as in Nintendo's fighting game, head over to our Super Smash Bros. Ultimate tier list guide for more.