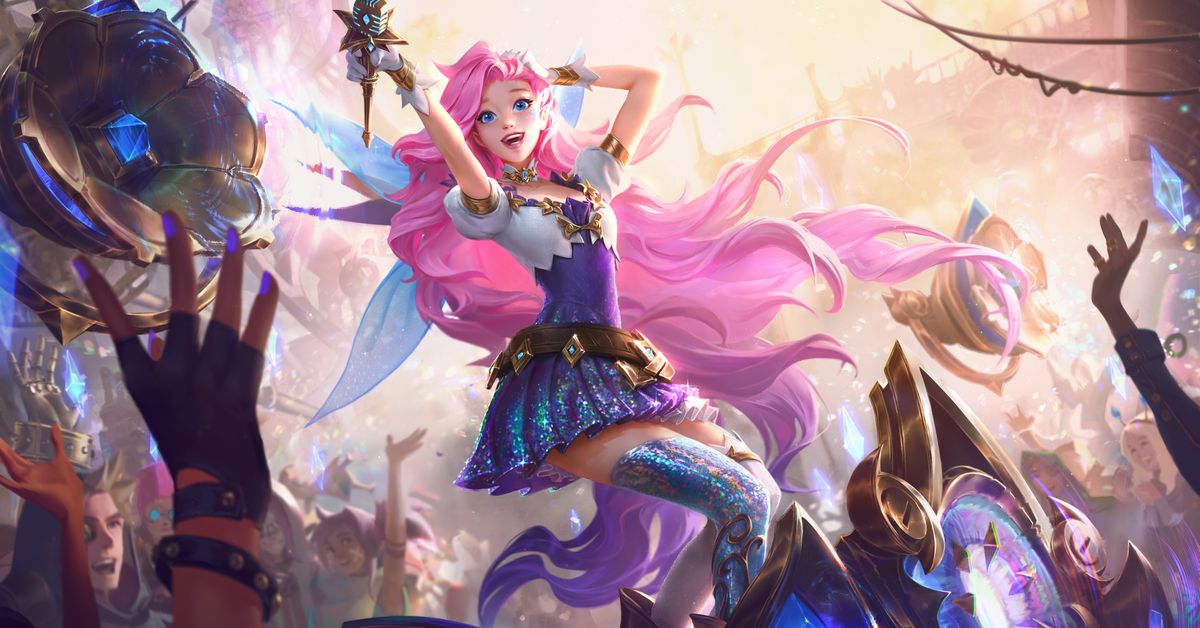 After one of the most elaborate social media teases Riot has ever pulled off, the developer has finally revealed that Seraphine is coming to League of Legends as an in-game champion.

Seraphine started out as a Vtuber-like character on a few random social media sites like Soundcloud, Twitter, and Instagram. While she had no official connection to League of Legends, fans quickly started to suspect that Riot might be involved thanks to the character’s art style, which fit withthe developer’s other projects. Since her accounts were first created a few months ago, Seraphine has posted several songs and eventually made a collaboration with K/DA, League’s alternate-universe K-Pop group — though the song they made together still hasn’t come out.

Fans assumed Seraphine would eventually make her way to Summoner’s Rift, but Riot kept things quiet enough to give players pause. Now, she’s finally been revealed and we know what kind of abilities she’ll be bringing to the game. Seraphine’s definitely a Mage champion, and it looks like her abilities will fit well in support, where she can make plays for herself, but also help make allies stronger.

On top of her unique kit, music career, and social media accounts, Seraphine is also getting an Ultimate skin as soon as she arrives to the game. These are League’s highest-tier and most elaborate skins, but they’re generally reserved for champions that have been in League for a while. Seraphine’s Ultimate skin will track her journey from a Soundcloud musician to a pop sensation with missions that players can complete to upgrade the skin.

Here’s Seraphine’s full kit and all of the abilities you can expect. Seraphine will be released on the Public Beta Environment sometime in the near future, then make her way to the live game a few weeks alter.

Every third basic ability Seraphine casts will echo, automatically casting a second time. Additionally, whenever she casts an ability nearby an ally, she will create a Note. Each Note gives her basic attacks more attack range and deal additional magic damage, consuming the Note.

Seraphine surrounds her nearby allies in a song, granting herself and her allies movement speed and a shield. If Seraphine is already shielded, she can heal her nearby allies, restoring health based on how many allies are near her.

Seraphine unleashes a heavy soundwave, dealing magic damage to enemies in a line and slowing them. Enemies that are already slowed are rooted, and already rooted enemies are stunned.

Seraphine takes the stage, projecting a captivating force that charms enemies and deals magic damage. Any champions struck (allies included) become part of the performance, extending the range of the ability and granting allies maximum Notes.