Vulture
Share on FacebookShare Share on TwitterTweet
From audio auras and movie soundtracks to all those (fake-sounding) genre names. 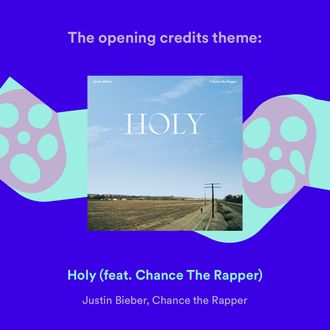 ’Tis the season — and no, we’re not talking about for holiday music (which we’ve already been listening to for days, if not weeks). Right on cue, once the calendar hit December, Spotify unveiled its 2021 Wrapped campaign. Of course, if you’ve been on Twitter today, you don’t need to be told that; the day functions as a flood of inescapable, free advertising for a company that doesn’t even pay its musicians a fair rate. And sure, we all want to know our most-listened-to songs of the year, but every year, Spotify finds a way to mess with its winning formula, tweaking and adding elements in the name of branding and user experience and other corporate-type buzzwords. Maybe you’re embarrassed about your top artists this year, but we’re not shy about complaining that Wrapped has, yet again, gone too far. So, in the spirit of the lists themselves, here are Our Top Questions about this year’s Spotify Wrapped.

5. What is happening with this genres font?

Let’s start with something we can all agree on: What do the genres at the bottom of our top-five list even say? No matter that they are barely recognizable as real genres (more on that later), the progressively more condensed text at the bottom of the slide makes some genre names nearly impossible to read. And puzzlingly, but thankfully, it’s only on the genres slide. I guess graphic design was the passion of whoever headed up this part of the project.

4. Where are our top albums?Spotify isn’t an albums-oriented platform, as proven by the fact that the app just got rid of its auto-shuffle for albums — and only at the insistence of Adele, one of the biggest artists in music. Still, if you’re an albums listener who uses Spotify, it can be a bit silly to see your top five dominated by songs off a single album, and then not see what other albums you had in heavy rotation this year. Come on, Spotify: Throw old-fashioned listeners a bone!

Every year, the top songs and artists are what Spotify users are hungry for. But every year, the streaming platform adds new bells and whistles: more data points to pore over, more to share or complain about on social media, and more slides to click through to actually get to those top songs and artists. This year’s new features include the three songs that would comprise “the movie soundtrack” of your 2021 and the moods and image of your “audio aura” for your year. But what does all that even mean? Past the fact that “the song playing as you face off against your rival dance crew” is a totally ambiguous category, the songs also aren’t guaranteed to be in your top five, or 100, for that matter (one of this writer’s wasn’t!). As for the auras, Nylon reported that they were made in collaboration with a “celebrity aura reader and medium,” Mystic Michaela, and are based on the mood tags that come with songs uploaded to Spotify. “You’ll get two colors and the first one will be who you are, and the second one is what you reach for,” she explained. Great — but what are those of us who don’t know how to read aura colors supposed to do with that blob of color? Give us our top songs and move on.

2. What out-of-touch executive wrote these jokes?﻿

Understood the assignment? Lived in your head, rent-free? NFTs? Just tell us the last person you spoke to was a tweetdecker six months ago.

1. What are all these genres, anyway?Like an old-favorite artist that consistently makes their way into your top five every year, our No. 1 question isn’t new to 2021, but we’ve found our way back here: Are some of these genres even real? In one sense, yes — Spotify has, at this point, just shy of 5,700 genres, per the website Every Noise at Once (and corresponding “The Sound Of” playlists for each one). But in another sense, these aren’t really genres, or at least not useful ones, since every year, we’re left wondering what some of the more out-there names refer to. You may have found yourself asking, What’s “trap queen”? Or, How is “country dawn” different than country? And, horrifically, What in Kurt Cobain’s name is “bubblegrunge”?! (Never mind that many of these subgenres, including the three listed, seem to be defined by isolating music created by women.) The only time many listeners hear the names of these genres is one day a year, when they either confusedly see them wedged into their top five, or see others, equally confused, questioning them on Twitter. Then again, music genres have historically been business categorizations, defined by label executives and radio stations, and Spotify, ever-insistent on categorization, falls into that lineage. In the end, if all you’re doing is tweeting about a bizarre Spotify-concocted genre, at least you’re still talking about it.