The Roar
Share on FacebookShare Share on TwitterTweet
This is it. With the series tied at one apiece, it is winner takes all when Queensland hosts New South Wales in the State of Origin decider at Suncorp Stadium. After the Maroons took out the first game with an 18-14 upset at the Adelaide Oval on November

This is it. With the series tied at one apiece, it is winner takes all when Queensland hosts New South Wales in the State of Origin decider at Suncorp Stadium.

After the Maroons took out the first game with an 18-14 upset at the Adelaide Oval on November 4, the Blues hit back with a 34-10 thumping on home turf at ANZ Stadium last Wednesday night, doing so without injured skipper Boyd Cordner.

In Cordner’s absence, James Tedesco assumed the captaincy responsibilities for the first time and last year’s Game 3 hero led his side superbly, scoring a try in the 22nd minute.

Josh Addo-Carr continued his impressive Origin form, scoring a double for the second consecutive match to be the series’ leading try-scorer.

For the Maroons, Xavier Coates scored a spectacular try in the seventh minute, but their didn’t come until Josh Papalii touched down in the 62nd minute, after Payne Haas and Tino Fa’asuamaleaui were sin-binned for fighting.

It has set up what promises to be a tantalising decider, with the home side in the box seat to clinch their first series victory since 2017.

In their favour is the fact that NSW have not won a live series decider in the sunshine capital since 2005, and since then have only won one such match – last year’s deciding game at ANZ Stadium.

The southerners have also not won a Game 3 at Suncorp Stadium since the infamous dead-rubber in 2009 in which Brett White and Steve Price traded blows at the death of the Blues’ 28-16 victory.

Ben Hunt and Moeaki Fotuaika drop out of the Queensland line-up, with Christian Welch returning after concussion forced him out of Game 2, while Harry Grant has been named to make his debut.

Dunamis Lui, who started as prop last week, will start on the bench.

The Blues are unchanged, although Luke Keary, who was dropped after the first game, has left the Origin bubble after missing out on selection. 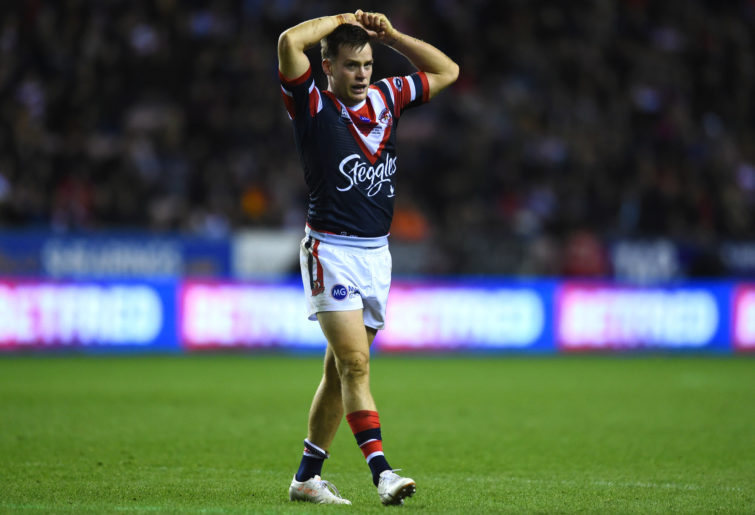 A recent easing of COVID-19 restrictions in Queensland has allowed Suncorp to be at full capacity, which will make this the biggest crowd to attend a sporting event anywhere around the world since the coronavirus pandemic was declared.

However, with residents from greater Sydney still locked out of the Sunshine State, there will be little patches of blue among a crowd of over 50,000 Queenslanders.

A Queensland series win will be the first for Daly Cherry-Evans as captain, having taken the reins last year following the representative retirements of Cameron Smith, Greg Inglis and Billy Slater in the previous years.

It would also be Wayne Bennett’s first outright Origin series win as a coach since 2001, when he famously coaxed Allan Langer out of England to inspire his state to a 40-14 win in the third game (after which Sydney’s Daily Telegraph ran a headline titled “Bloody Alf”).

But should NSW take the chocolates for the third year in a row, it will be the third time they have completed an Origin hat-trick, after 1992-94 and 2003-05.

It would also make Brad Fittler one of the most successful coaches in Origin history, the ex-Roosters legend yet to taste a series defeat after taking over from Laurie Daley.

In the unlikely event that the third game ends in a draw after golden point, then the away side would retain the shield having won the previous year’s series.

The stage is set for a huge conclusion to the 2020 rugby league calendar, with the Origin champions to be crowned.

As far as the future of the series is concerned, it is expected to return to its mid-season slot.

This means that whoever wins the shield will only hold it for about eight months, with the expectation that the third game will be played on either the first or second Wednesday of July 2021.

So, can New South Wales make it a hat-trick for the third time or will Queensland be spurred on to victory by over 50,000 locals at Suncorp Stadium? We wait to see.