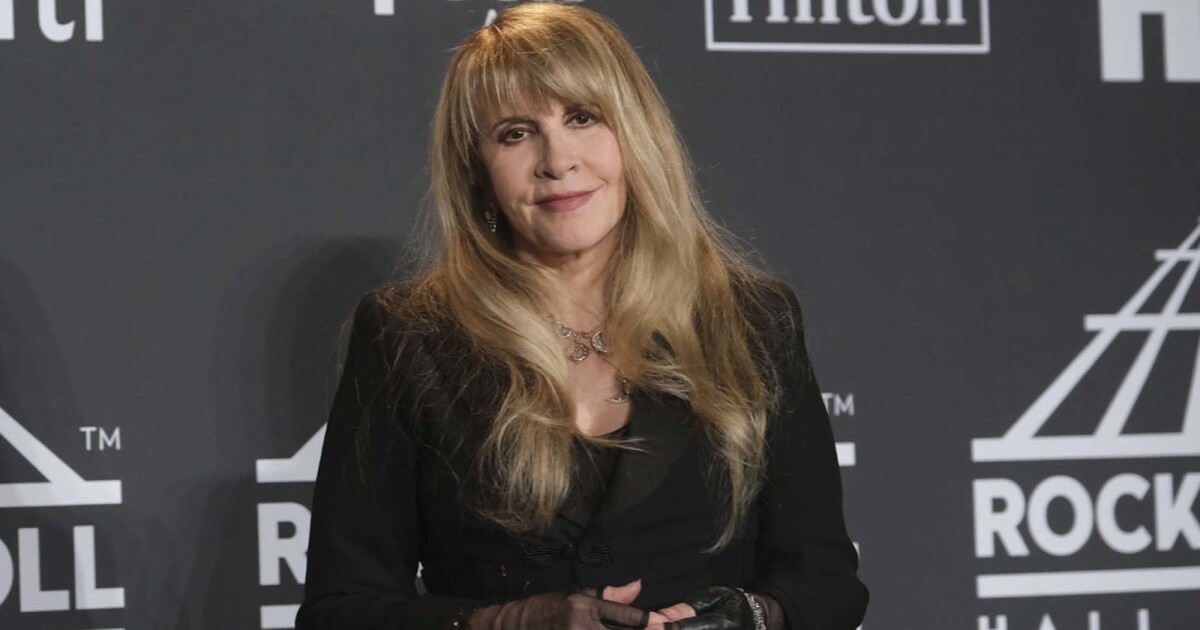 This is not a drill: Stevie Nicks has re-created Nathan Apodaca’s viral TikTok video to the tune of Fleetwood Mac’s “Dreams.” Well, sort of.

On Tuesday, Nicks put her own spin on the popular video featuring Apodaca drinking Cran-Raspberry Ocean Spray while skateboarding down an Idaho highway. Nicks’ mellower version sees the music icon, 72, seated at her piano, lacing up a pair of white roller skates over black tights while singing along — to her younger self — on vinyl.

And in case the inspiration wasn’t clear, a bottle of Ocean Spray juice is just chilling on the hardwood floor between Nicks and her record player.

Nicks is the second member of Fleetwood Mac to join TikTok for the sole purpose of participating in the “Dreams” challenge. Earlier this month, her bandmate Mick Fleetwood, 73, also got in on the fun with a near-exact replica of Apodaca’s skateboarding stunt, which has amassed more than 11 million views on the Gen Z-facing platform.

In fewer than 24 hours, Nicks’ video has already racked up more than 13 million views, including at least one from Fleetwood, who commented, “SN has arrived!” with heart and drumroll emojis. A “blessed” Apodaca also weighed in on Twitter with his catchphrase, “Steady Vibin.”

On Wednesday morning, Shakira, 43, became the latest recording artist to hop on the “Dreams” train, cruising down the road in a Vans beanie while sipping water instead of Ocean Spray. Moments later came Apodaca’s response to the “Hips Don’t Lie” hitmaker’s tweet: "@Shakira so blessed thank you like so so soda much.”

In addition to collecting more than 50.8 million views and spurring a new social-media challenge, Apodaca’s original, 20-second clip has also significantly boosted streams and sales for the 1977 Fleetwood Mac hit. Could it be a coincidence that Nicks decided to enter the conversation as the band’s 1977 album, “Rumours,” is poised to re-enter the top 10 of Billboard’s 200 Albums chart this week?

Perhaps. Either way, Apodaca is sure to keep on spreading joy and “steady vibin’.”

“Everybody always says ‘do more skating videos.’ … I just do me, basically,” he told The Times shortly after achieving overnight fame. “And it puts smiles on faces. And that’s what makes me happy about it.”