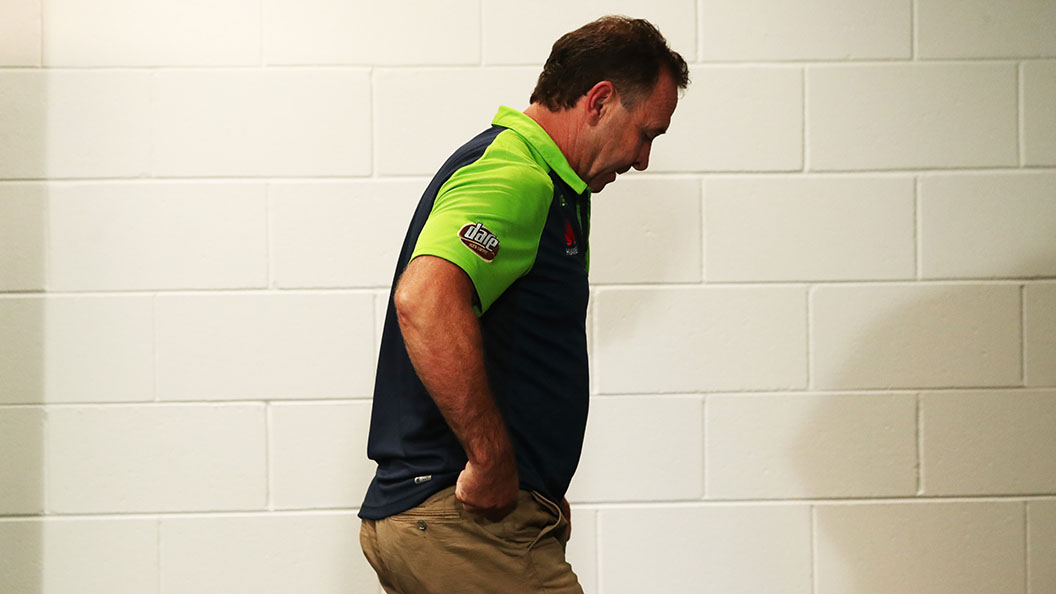 A devastated Ricky Stuart answered just one question before storming out of his post-match press conference following Canberra’s 30-10 preliminary final loss to Melbourne on Friday night.

The Green Machine threatened to mount a comeback but were never a genuine chance of returning to the big dance next Sunday after Melbourne’s blistering start.

Stuart, who declared the performance un-Raider-like, answered just one question at his media conference before walking out after just over two minutes.

“The first 25 minutes that we had no footy, we didn’t defend well,” Stuart fumed.

“And four-tries-to-nil was really disappointing because we were passive in defence and we didn’t start well and it was not us.

“I can handle the loss, I can understand the loss but I’m just really disappointed that we didn’t have one of our better games tonight.

“It was a game that from a coach disappoints you because you know you’re better than that, but Melbourne did a really good job.

“They did a wonderful job of using the weight of possession they had and to our character and the resilience that is in the team, we hung around and tried to turn it around but Melbourne just wouldn’t let us and it made it a tough night.

“I’m very proud of where we got to but I’m disappointed in not going one step further because I think we were better than what we showed tonight.

“And you can’t take it for granted in getting into this position in the season because you fight so hard to get here and put so much work in to get to this stage of the season and for us to let us down like that in the first 25 minutes like that is the disappointing part.”