All The Huge Names & Newcomers Singing Along At The Prom

Refinery29
Share on FacebookShare Share on TwitterTweet
Boy, does this movie have one heck of a cast. 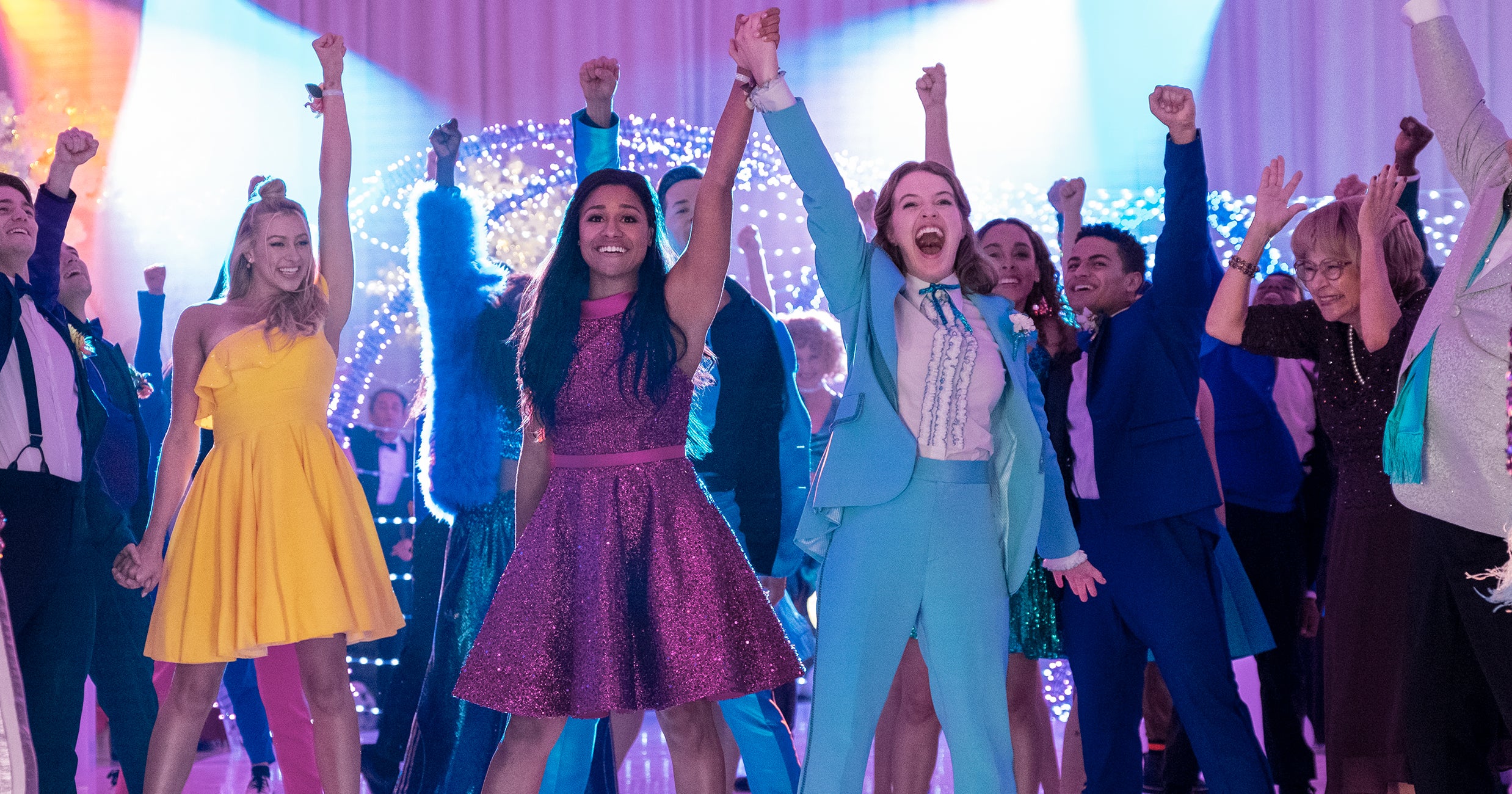 The Netflix adaptation of The Prom is taken from the 2018 Broadway musical of the same name. It follows high school student Emma, who desperately wants to take her girlfriend, Alyssa, to her school's prom in small-town Indiana. The principal is down with this dating arrangement (it's really no one's business, but... I guess permission is nice?). Unfortunately, the head of the PTA — who just so happens to be Alyssa's mom — is pretty bigoted when it comes to same-sex couples. Woof. At the same time, Dee Dee Allen and Barry Glickman, two struggling New York City actors, travel to Indiana to fight for Emma's cause, because girlfriend should be able to take whomever she wants to the prom! (And because they need some good press.)