Twitter confirms Trump can be banned from inauguration day onwards 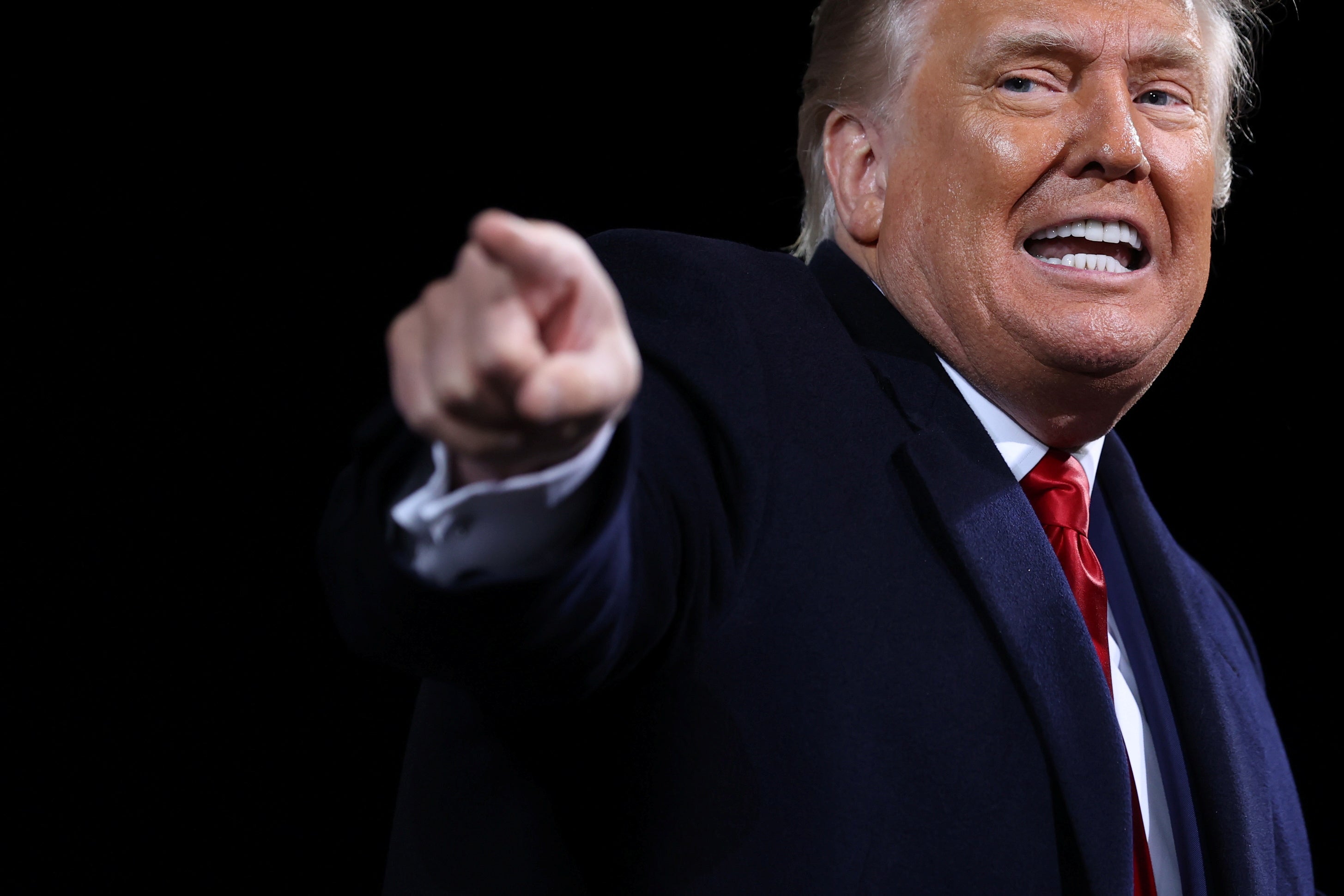 Donald Trump, who currently enjoys certain exemptions from Twitter’s policies due to his status as a world leader, will likely lose the protection after 20 January when Joe Biden takes over as the US president.

Since the days after the 3 November elections, when it became clear that Mr Biden was leading the race and set to be the next president, Mr Trump has been using Twitter to peddle voter fraud conspiracy theories without proof.

As a result, many of his tweets related to election results appear with the label: “This claim about election fraud is disputed” – even when they have received millions of interactions on the platform.

These tweets are not banned outright as his account is currently covered under the platform’s “world leaders on Twitter: principles and approach” guidelines, according to which the company allows tweets that break its rules to stay up if they see “clear public interest value” in them.

However, they may place it behind a notice that provides context about the violation, according to Twitter’s rules.

That may change for Mr Trump after 20 January when he becomes a private citizen. Post that, if he continues to post such tweets, it could lead to an eventual ban from the platform.

A Twitter spokesperson told Forbes that after 20 January the former president will have to follow the same guidelines as regular citizens. The spokesperson said the platform does not have “special rules” for Mr Trump.

Mr Trump, meanwhile, has been seeking a repeal of Section 230 of the Communications Decency Act, which, among other things, protects social media platforms from liability for content users post.

Mr Trump, with a following of 88.6 million, is among Twitter’s top 10 accounts. Among politicians, he is only behind former president Barack Obama who has over 125 million followers.

In comparison, the official Twitter account of the US president [POTUS] has 33.1 million followers. Twitter has already announced that it would hand over the POTUS handle to Mr Biden on 20 January even if Trump refuses to concede.

Throughout his tenure and even during campaigning for the 2016 elections, Mr Trump has used Twitter to bypass traditional media platforms – many of whom he claims are against him – to reach out to his supporters.

Mr Trump’s tweets leading to many controversies even prompted Mr Biden, during his campaign, to tweet in July: “You won't have to worry about my tweets when I'm president.”

Mr Trump used Twitter’s exemption policy throughout 2020 to spread disputed theories about Covid-19 and also the “Black Lives Matter” protests without the fear of a permanent ban from the platform.

Twitter has several measures to deal with those who violate its rules, including limiting a tweet’s reach and placing temporary restrictions on an account.