ATP Tour
Share on FacebookShare Share on TwitterTweet
Stefanos Tsitsipas revealed that his relaxed mindset enabled him to play his best tennis against Pablo Carreno Busta on Sunday as the Greek eased through to the quarter-finals at Roland Garros. 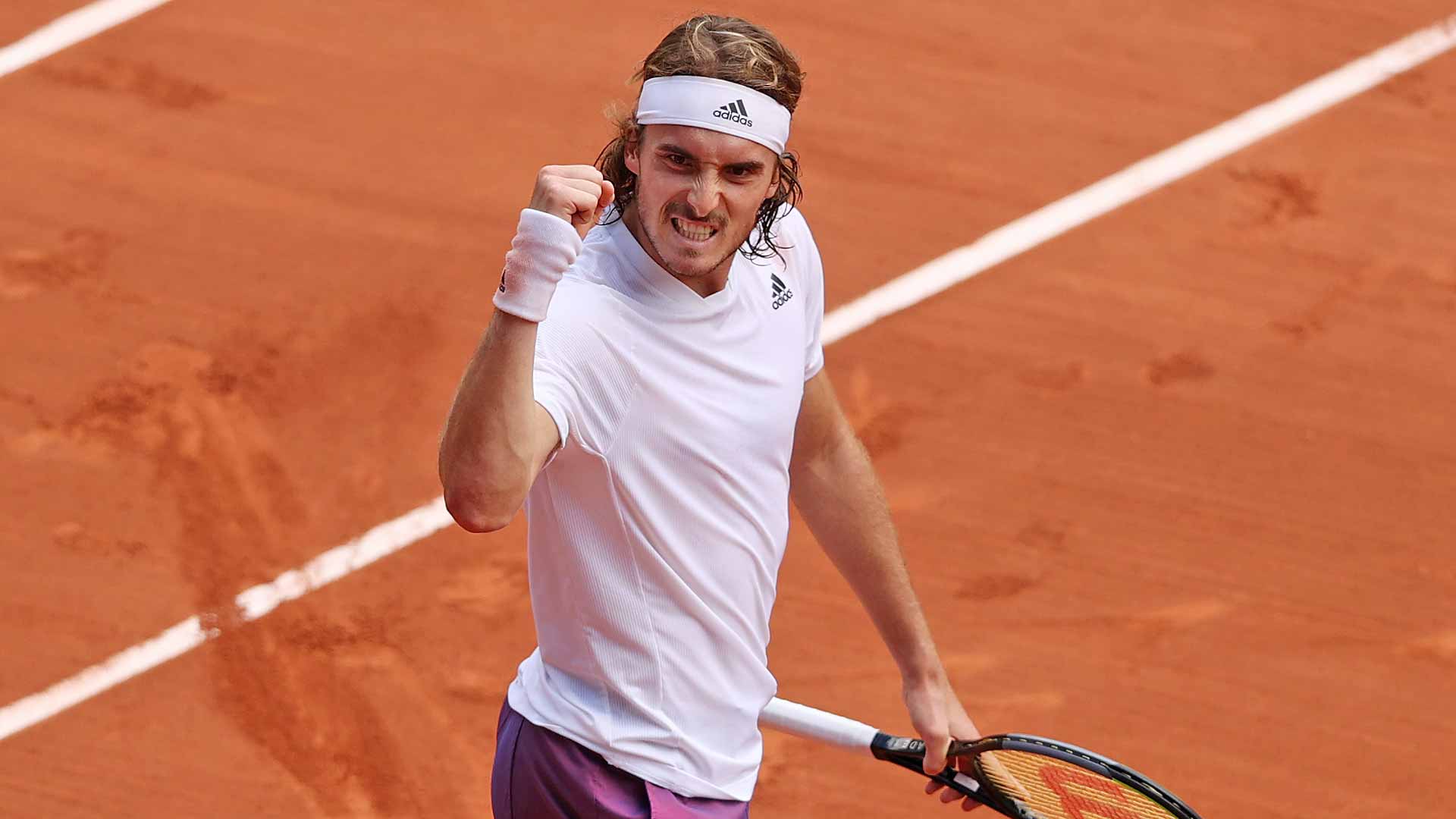 Stefanos Tsitsipas revealed that his relaxed mindset enabled him to play his best tennis against Pablo Carreno Busta on Sunday as the Greek eased through to the quarter-finals at Roland Garros.

“I think I've played some of my best tennis when I don't think much on the court, when everything is being done automatically, on autopilot,” Tsitsipas said. “I felt also my performance was at the top [against Carreno Busta]. So, yes, less thinking, more action.”

The 22-year-old reached the semi-finals in Paris last year and has also advanced to the last four at the Australian Open twice (2019, 2021). With Tsitsipas making another deep run here at Roland Garros, he is becoming accustomed to what is required to have success at Grand Slams.

You May Also Like: Tsitsipas Storms Into Roland Garros Quarter-finals

“I think it is just adapting and getting used to things. In the beginning, you're not, I would say, fully in the thing yet. You try and see what things work, the surface, the balls and everything,” Tsitsipas said. “Of course, you might have some knowledge from the previous years that you've played there. But in Grand Slams, it's all about the endurance and being able to show up and do your job once every two days and do it well.

“It's demanding. It takes a lot of attention, a lot of effort. I've grown up into loving that process and wanting to repeat that.”

The FedEX ATP Race to Turin Leader has recorded a Tour-leading 37 victories this season with 20 coming on clay. Tsitsipas will face a difficult test next against second seed Daniil Medvedev. The Russian leads their ATP Head2Head Series 6-1.

“He does serve extremely well, I have to say. He has improved over the years with his serve. This is going to be something that I will have to face,” Tsitsipas said. “Of course, myself playing well, I feel like I don't have to think about who I'm facing or not. I just have to play my game, let the rest be witnessed.”