syracuse.com
Share on FacebookShare Share on TwitterTweet
What time does UFC 256: Figueiredo vs. Moreno start? How much does pay-per-view on ESPN Plus cost? 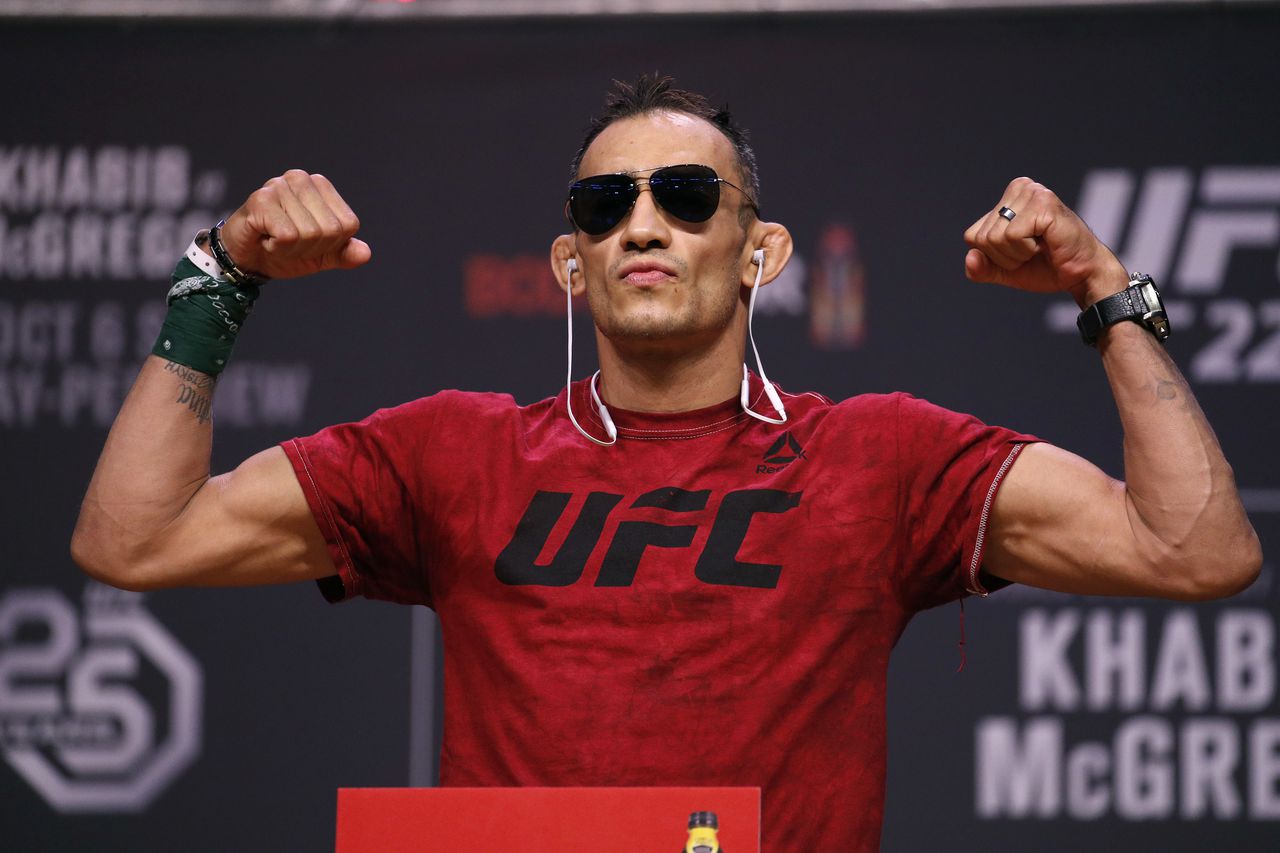 Win or lose, Flyweight champion Deiveson Figueiredo will make history as he defends his title from challenger Brandon Moreno at UFC 256 at the UFC APEX facility in Las Vegas, Nevada on Saturday, December 12 (12/12/2020).

UFC 256: Figueiredo vs. Moreno is a pay per view event that can be streamed exclusively on ESPN Plus.

In the main event, Brazilian champion Deiveson Figueiredo (20-1-0) enters returns to the Octagon just 21 days after his previous title defense in November, making it the shortest turnaround between title fights by a champion in UFC history. He’ll face down the #1 ranked Flyweight fighter, Brandon Moreno (18-5-1), who fights out of Tijuana and is on a 3-fight win streak.

Figueiredo has faced a bevy of callouts, not only from Moreno, but from other prospective Flyweight title challengers Cody Garbrandt and Henry Cejudo, and he told MMA Fighting that all the negative attention is just amping him up to fight.

“Those guys are really only just making me bigger,” he said. “Talk more about me. It’s going to make me stronger and give me more followers on Instagram.”

The co-main event is a lightweight bout featuring Tony “El Cucuy” Ferguson (26-4-0) and “Do Bronx” Charles Oliveira (29-8-0). Ferguson is looking for a comeback after losing his first fight in eight years against Justin Gaethje. Oliveira is on a 7-fight win streak, but this will still be the biggest challenge of his UFC career.

Here is the full schedule for the main card for Saturday:

And this is the full lineup for the prelims, which will air on ESPN2 and ESPN Plus:

Finally, here’s the lineup for the early prelims, which can be viewed on ESPN+:

How much does the event cost?

If you are subscribing to ESPN+ for the first time for this fight, you can get a bundle that includes 1 year of ESPN+ and this pay-per-view event for $84.98 (25% off the total value). That same bundle will be offered to current ESPN+ month-to-month subscribers.

What is ESPN Plus?

ESPN Plus is a streaming service available from ESPN for $5.99 a month (you can cancel any time, so if you wanted to sign up Friday and then cancel on Sunday, you’d only be charged for one month). ESPN Plus gives you access to select live games from pro and college sports.

ESPN+ is accessible via the ESPN App on most devices, including Amazon Fire, Apple, Android, Chromecast, PS4, Roku, Xbox One, and more.

What does ESPN Plus include?

ESPN Plus is an over-the-top streaming service for the sports fan who loves to watch a lot of live sports like college football and basketball, international basketball, international and Major League Soccer and MLB. It also has its own original programming TV series. Your subscription also gets you access to the exclusive articles and content on ESPN Insider on the ESPN website.

A full schedule of UFC coverage on ESPN Plus is available here.

How much does ESPN Plus cost?

$5.99 a month, or $49.99 a year. The subscription doesn’t include access to certain pay-per-view events, such as UFC 257: Poirier vs. McGregor 2. Those events cost extra, but are still exclusive to the ESPN+ service.