UFC 256 viewers guide - Deiveson Figueiredo is back (already!), looking like a champ fans will care about

ESPN
Share on FacebookShare Share on TwitterTweet
Just 21 days after his first men's flyweight title defense, Deiveson Figueiredo returns to put the belt on the line against Brandon Moreno at UFC 256 on Saturday.
7:51 AM ET

I think I might have been wrong about Deiveson Figueiredo.

Prior to UFC 255, which was a whopping three weeks ago, I said I didn't know if Figueiredo was the guy to make people care about the flyweights, at least to a degree they haven't before. I thought it was more likely Figueiredo would be part of a bigger coalition -- a group of flyweights who would make the division pop through competitive fights.

Well, there wasn't anything competitive about Figueiredo's quick dismantling of Alex Perez on Nov. 21, and now here he is defending his title again three weeks later in the fastest turnaround by a defending champion in UFC history. Figueiredo -- The Fig? Figgy? Figgy Smalls? I feel like there's something here -- is definitely applying his brand to flyweight.

Deiveson Figueiredo is set to make the quickest turnaround by a UFC champion when he defends the men's flyweight title in the UFC 256 main event on Saturday. Figueiredo, who defeated Alex Perez at UFC 255 on Nov. 21, will face top contender Brandon Moreno. In the co-main event, Tony Ferguson will take on Charles Oliveira. Ferguson has won 12 of his past 13 fights, while Oliveira has won seven straight.

Figueiredo (20-1) is poised to cap off a massive 2020 campaign in style, as he defends his 125-pound belt against Brandon Moreno (18-5-1) in the main event of UFC 256 on Saturday at the promotion's Apex facility in Las Vegas. If he's successful, Figueiredo would presumably be a near-unanimous pick for fighter of the year -- and it would set up a high-profile fight against former bantamweight champion Cody Garbrandt. (Unless other plans intervene.)

It's going to be interesting to see where things go for Figueiredo, on multiple fronts. Obviously, from a competitive standpoint, he has been remarkable, but there are still plenty of challengers for him and some unanswered questions. This weekend, for instance, I'm curious to see if Moreno can get him to later rounds, and if so, how the champ will look once he's there.

His future outside of that, though, is just as intriguing. Figueiredo has the look and style of a champion people will care about. And he seems to have a natural talent at playing something of a villain. As a fight gets closer, he's got a nasty streak to him, which sticks out. And his constant predictions of first-round finishes won't get old if he continues to deliver on them.

But we are talking about a division in which the last two champions (a) left the promotion unceremoniously after years of failing to resonate with fans and (b) left the division in less than a year to move up a weight class and then retire because of (in part) a lack of big-money fights. History suggests it's hard for a 125-pound champion to break down the wall of stardom.

Which is why I said three weeks ago that I wasn't ready to anoint Figueiredo as the man to do it. But if he keeps doing what he's doing, he should prove me wrong in very little time.

21: Days it will have been on fight night since UFC 255, the Nov. 21 card on which both Figueiredo and Moreno competed. Saturday's fight represents the quickest turnaround for a champion (the previous UFC record was 56 days, shared by Ronda Rousey and Matt Hughes) and also the quickest for a challenger (previous record: 28 days by Derrick Lewis).

4: UFC champions who won the belt and their first title defense both by first-round finish. Figueiredo is the latest, joining two-division champion Amanda Nunes (who did it at bantamweight), heavyweight champion Stipe Miocic and former heavyweight champ Tim Sylvia.

0: Fighters born in Mexico who have won UFC championships. Moreno, born and raised in Tijuana, is vying to become el primero.

63.6: Percentage of significant strike attempts that Moreno has successfully defended in the UFC, the third-best defense among active flyweights. Figueiredo is also in the top 10, at 52.1%.

7: Finishes in the UFC by Figueiredo, tying him with former champ Demetrious Johnson for the most in flyweight division history.

Gilbert Melendez on the baffling approach of Figueiredo:

Dominick Cruz focuses on the left hand of Moreno: 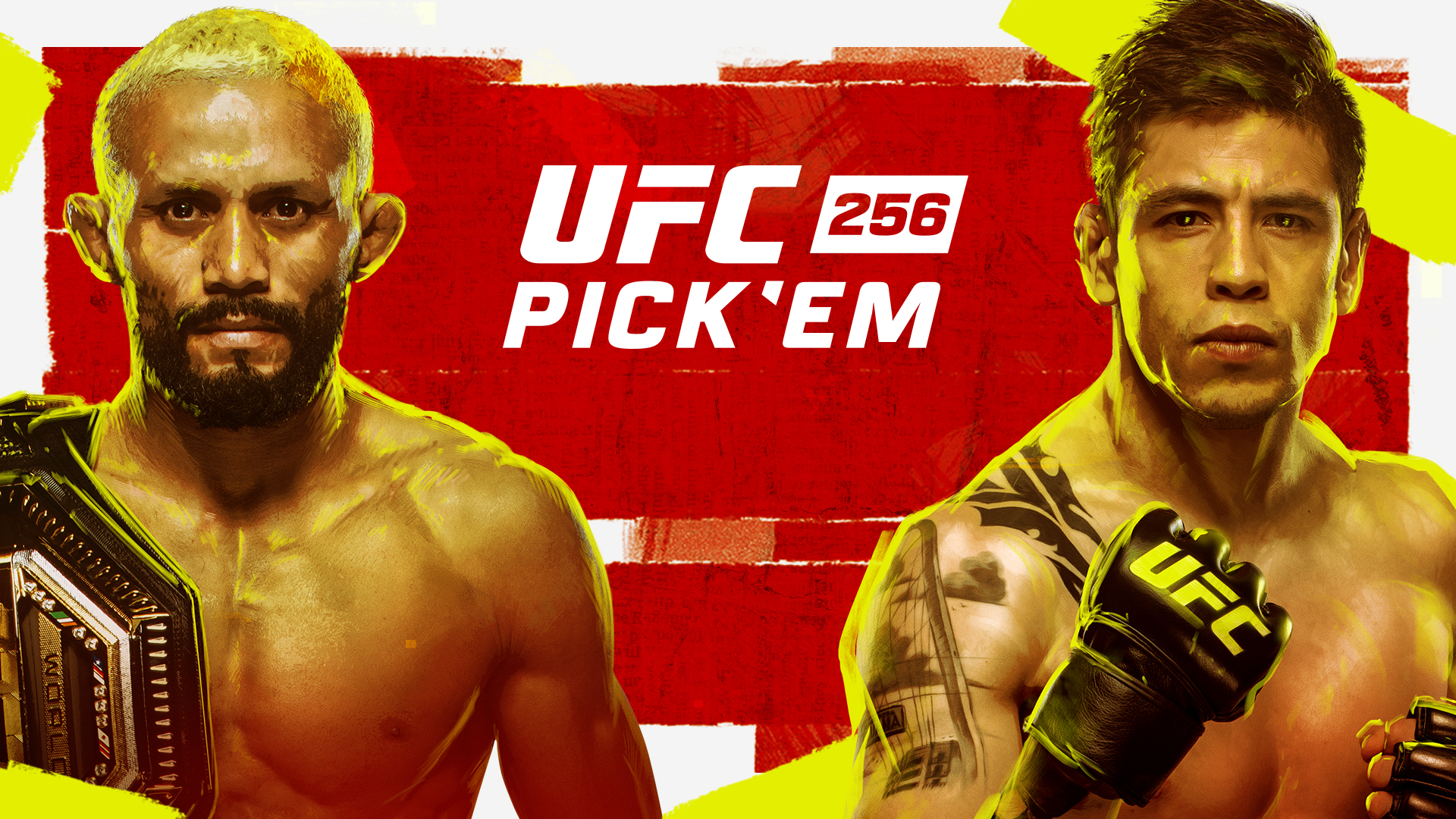 Make your fight picks and compete for a chance to win $5,000! Make Your Picks

I'm all aboard the Figueiredo train at this point. I thought all three of his fights so far in 2020 would be competitive, and he finished them in the second round, first round and first round. So I'm not picking against this man again anytime soon. I like Moreno's durability, his confidence and his cardio. If this goes into the fourth and fifth rounds, I think we'll have a very interesting fight on our hands. But I'm done doubting Figueiredo's finishing ability. Figueiredo by submission, second round.

How to watch the fights

Watch the prelims on ESPN2 or ESPN+: Download the ESPN App | WatchESPN | TV

Don't have ESPN+ for the prelims and PPV? Get it here.

Purchased the fight on your phone and want to stream on your TV? Find out how here.

A co-main-event event that's second to none

Ferguson is a busy body: He has landed 1,051 significant strikes at lightweight in the UFC, the third most in division history. Ferguson has 14 wins at 155 pounds, putting him behind only Donald Cerrone (19) and Francisco Trinaldo (15) during the time since he made his UFC debut in 2011.

Oliveira is a showstopper: He has 16 UFC finishes, tying him with Cerrone for the most in history. He has finishes in his past seven fights, the second-longest streak in UFC modern-era history (Anderson Silva, 8). Oliveira's 14 submission wins in the UFC stand alone as a record. Overall in his career, he has a 93% finish rate, with 27 stoppages (19 subs, 8 KOs) in 29 wins.

1. Kevin Holland, who faces middleweight veteran Jacare Souza, is seeking to become the third fighter in the UFC's modern era to go 5-0 or better in a calendar year, joining Neil Magny (2014) and Roger Huerta (2007).

2. If former heavyweight champion Junior Dos Santos beats undefeated Ciryl Gane, it would be his 16th UFC win, tying him with Frank Mir for the second most among heavyweights, behind Andrei Arlovski (19).

Monday through Friday, host Pablo Torre brings you an inside look at the most interesting stories at ESPN, as told by the top reporters and insiders on the planet. Listen

3. Cub Swanson will be looking for his 12th UFC victory when he fights Daniel Pineda. That would move Swanson into sole possession of third place on the featherweight wins list, behind Max Holloway (16) and Darren Elkins (14).

5. Tecia Torres faces UFC newcomer Sam Hughes, who took the fight this week after Angela Hill had to pull out. Torres has seven strawweight wins, one shy of ex-champ Carla Esparza for the second most in division history.

6. Chase Hooper, a 4-1 favorite against featherweight Peter Barrett, is the youngest fighter on the card at age 21. Hooper is seeking to become the 25th fighter in UFC history to win multiple fights before turning 22. That list includes former champions Vitor Belfort, Robbie Lawler, Jon Jones and Max Holloway.