MMA Fighting
Share on FacebookShare Share on TwitterTweet
Magomed Ankalaev capped off the UFC Moscow prelims with a devastating front kick knockout with shades of Lyoto Machida and Anderson Silva in his finish. 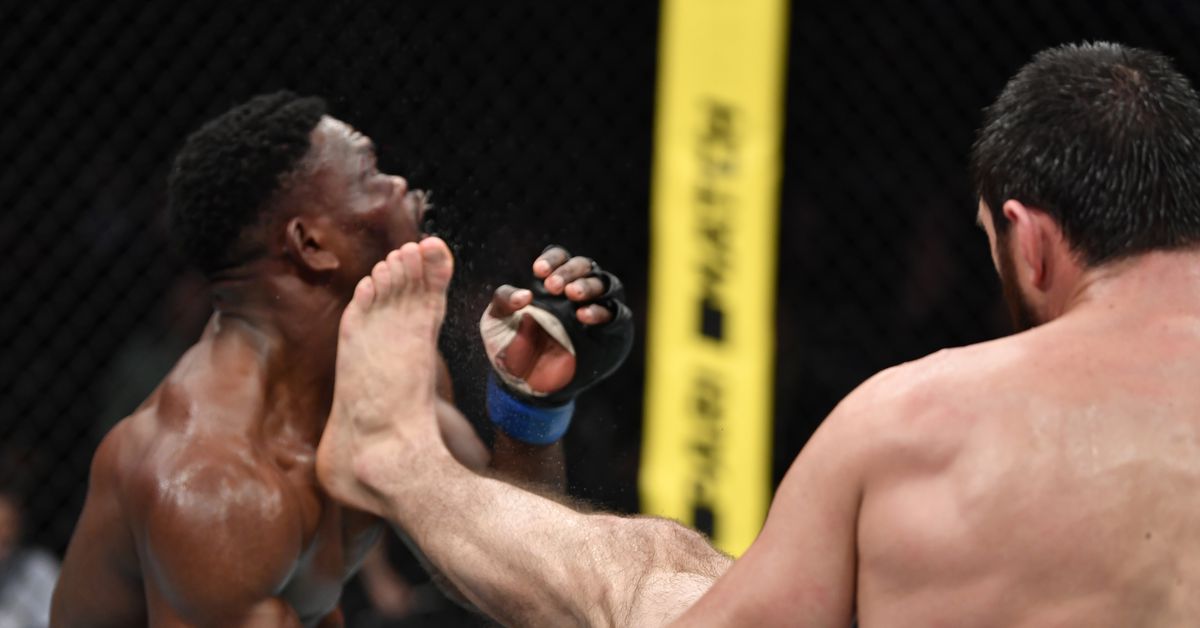 Magomed Ankalaev made Lyoto Machida and Anderson Silva proud with his front kick knockout to cap off the prelims at UFC Fight Night from Moscow on Saturday.

The end came in the third round after Ankalaev uncorked a perfectly timed kick straight up the middle that landed on Dalcha Lungiambula’s chin with a sickening thud that reverberated throughout the arena.

As soon as the kick connected, Lungiambula was immediately wobbled and left virtually out on his feet as Ankalaev followed up with one more punch as the referee swooped into stop the contest before any further damage could be inflicted.

The win moved Ankalaev to 13-1 while notching his third win in a row overall in the UFC after suffering the lone defeat of his career to Paul Craig in his Octagon debut.

Ankalaev was an exciting addition to the UFC’s light heavyweight division when he joined the roster and this performance just proved why he’s also one of the most dangerous fighters currently competing at 205 pounds.