Hot topics close
Home UFC UFC 259 - Blachowicz vs Adesanya: When is it, how to watch in Australia, prelim fights

UFC 259 - Blachowicz vs Adesanya: When is it, how to watch in Australia, prelim fights

Sporting News AU
Share on FacebookShare Share on TwitterTweet
UFC 259 - Blachowicz vs Adesanya: When is it, how to watch in Australia, prelim fights 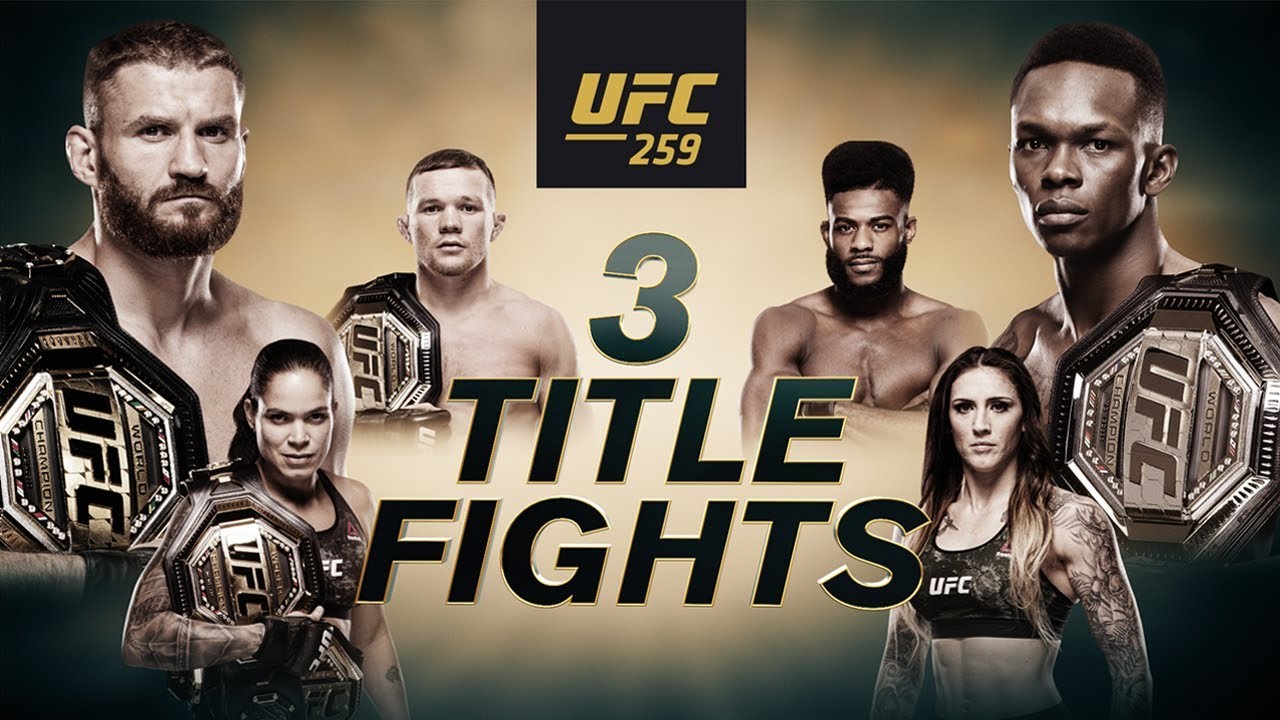 Three belts are on the line today as we get set for one of the biggest cards of the year at UFC 259 in Las Vegas.

It's a particularly big day for fighters from Down Under, with two of our own challenging for titles and another couple on the undercard.

See below for live updates, results and highlights

WHEN IS UFC 259 - BLACHOWICZ VS ADESANYA?

The fight will be held on Saturday, March 6 in the US, which translates to Sunday, March 7 in Australia and New Zealand. That's today.

WHAT TIME IS UFC 259 IN AUSTRALIA?

With 15 fights (unheard of in the recent history of the UFC) the early prelims start a little earlier, with the actions beginning at 9:25am AEDT, with the prelims getting underway at 12pm.

The pay-per-view portion of the card starts at AEDT 2pm with the first of five fights, including the three title fights.

WHAT TIME IS ADESANYA FIGHTING?

HOW TO WATCH AND STREAM UFC 259

In Australia, you can buy the pay-per-view on Main Event or Fetch TV for $54.95.

You can stream the entire card from the early prelims to the main event on the UFC's Fight Pass streaming service as well.

Although Kayo has started airing some PPV cards, including Conor McGregor's last fight and some of Tim Tszyu's recent bouts, UFC 259 won't be available on the streaming service this weekend.

All times in AEDT.

1:30pm - WHAT A FIGHT! Kyler Phillips earns a hugely entertaining unanimous decision win over Song Yadong. That'll take some beating for Fight of the Night honours.

12:20pm - Kai Kara-France has scored a HUGE comeback knockout win over Rogerio Bontorin in the first round.

Check the finish below, but read more about how the fight went down here.

11:20am - Carlos Ulberg has been knocked out in his UFC debut. The City Kick Boxing fighter started well, but was tired and was stopped in the second round by Kennedy Nzechukwu.